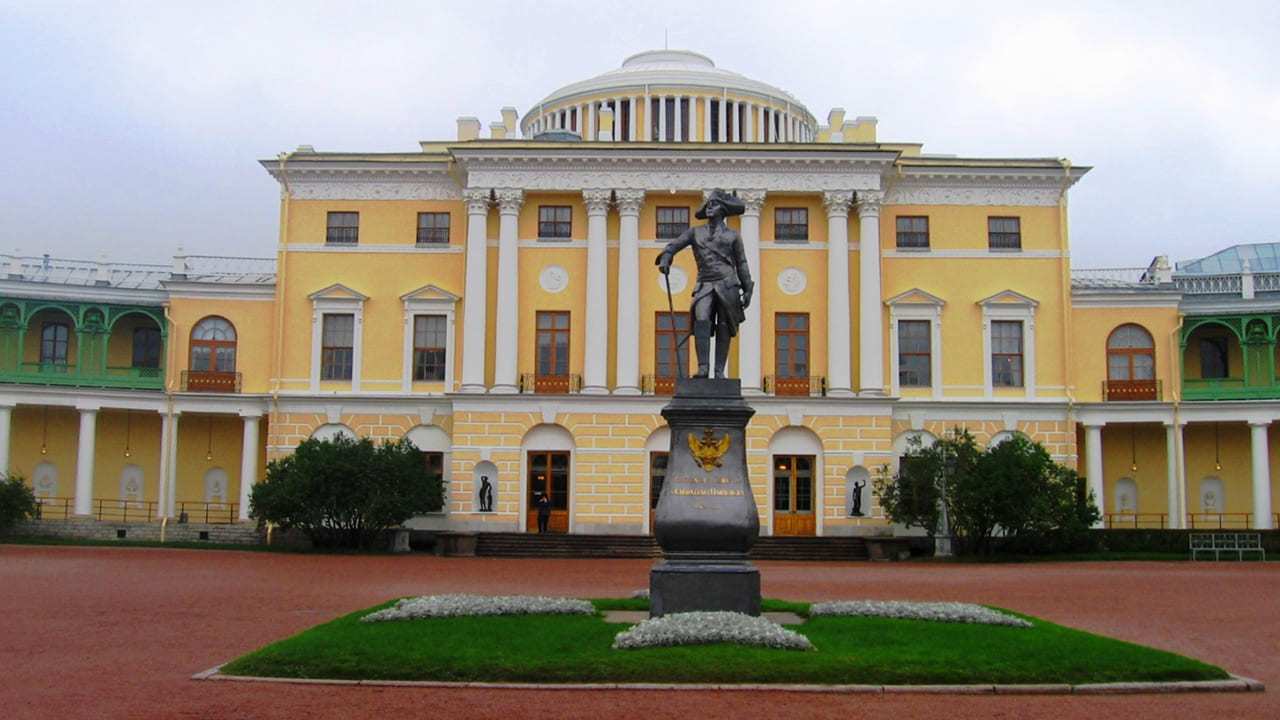 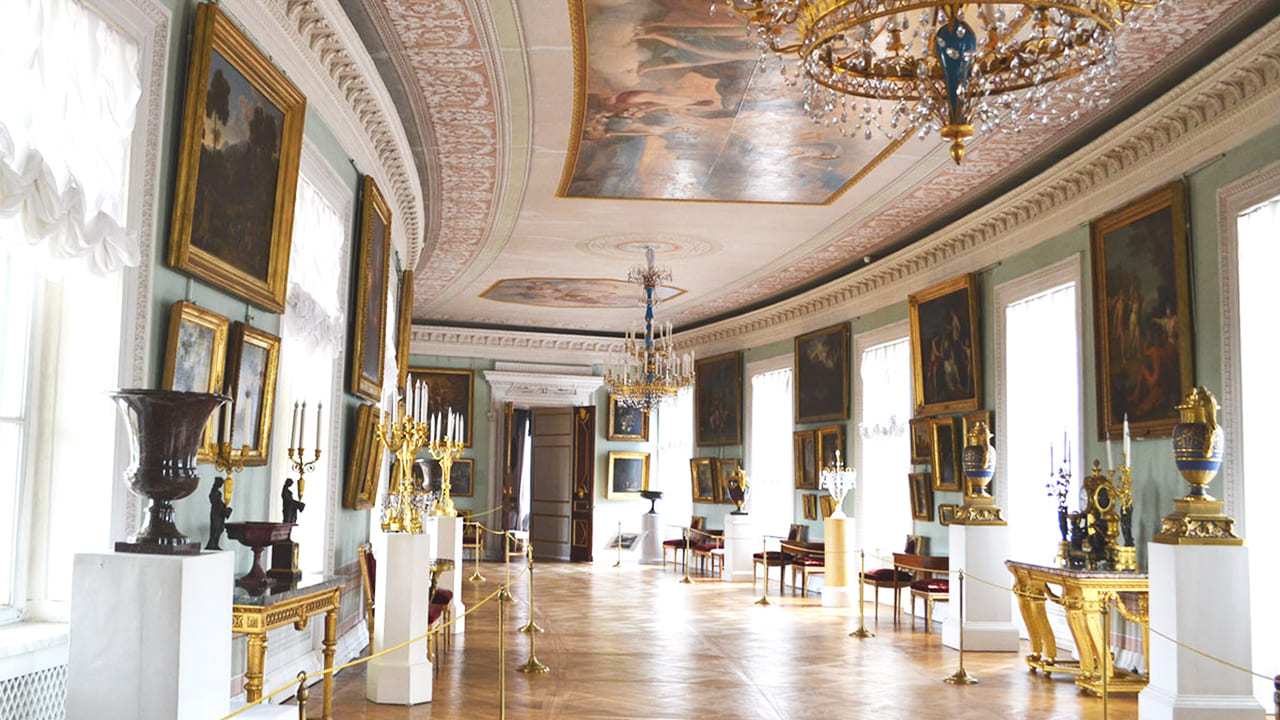 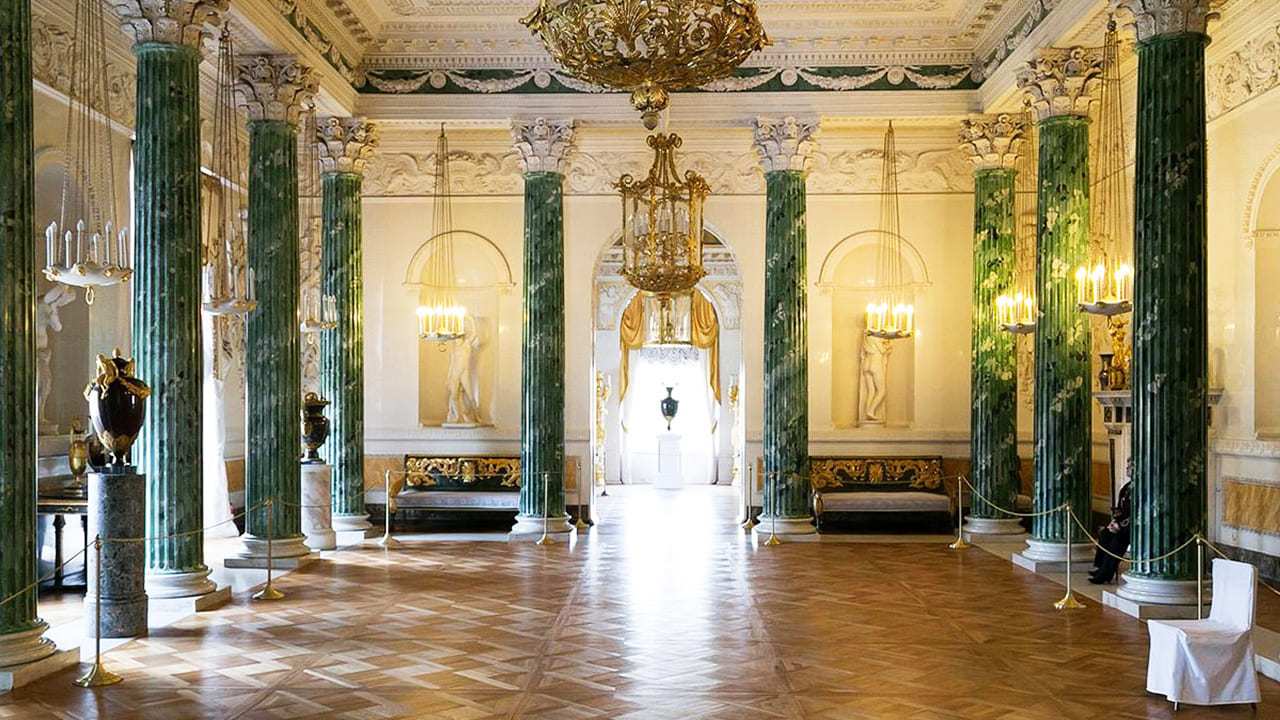 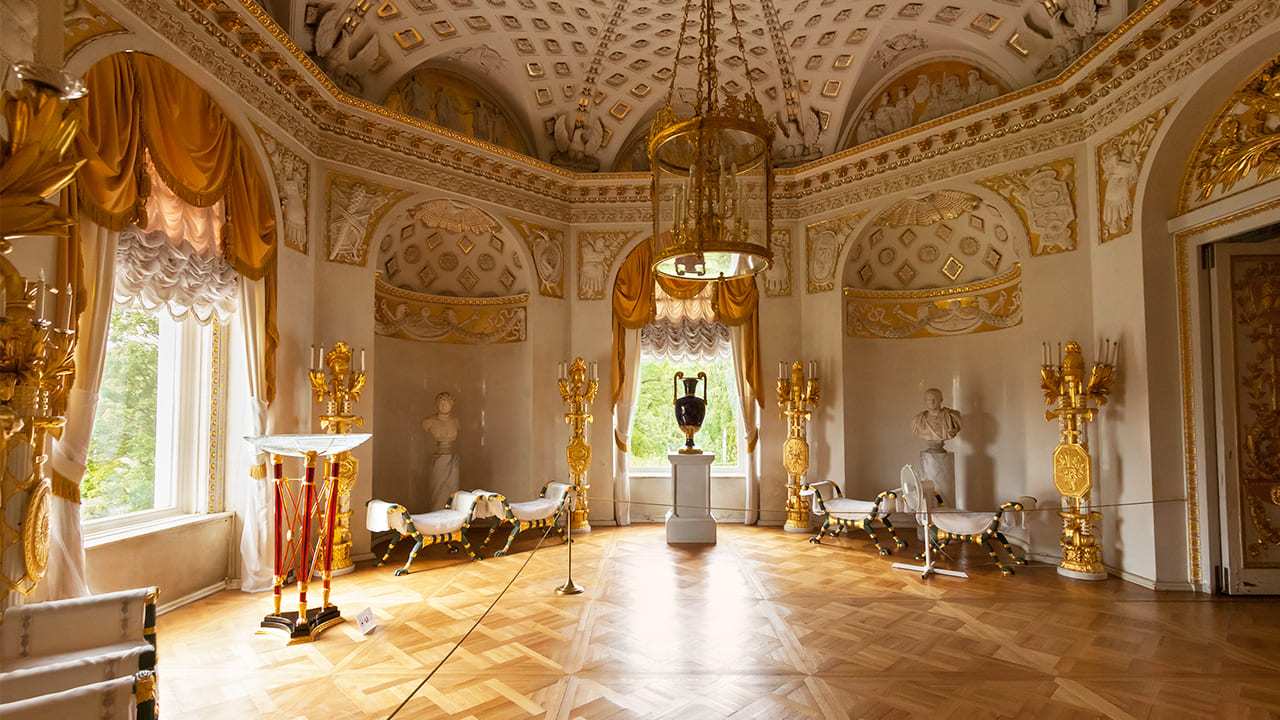 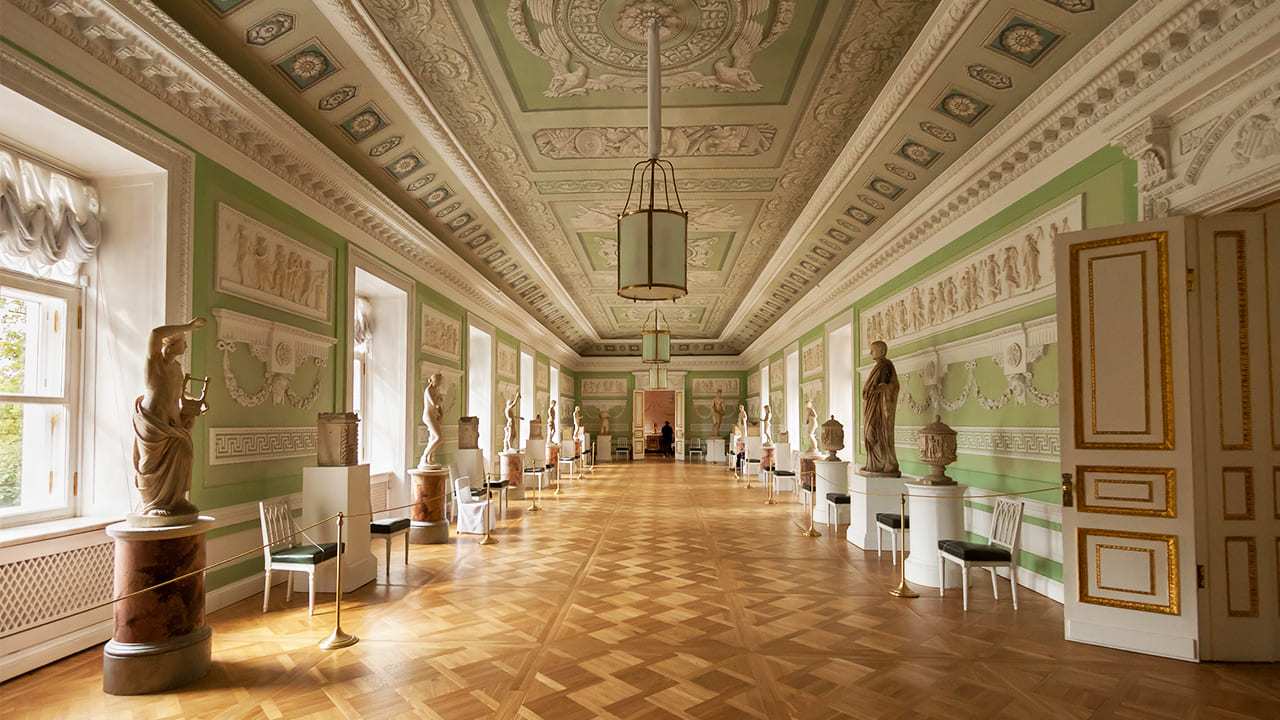 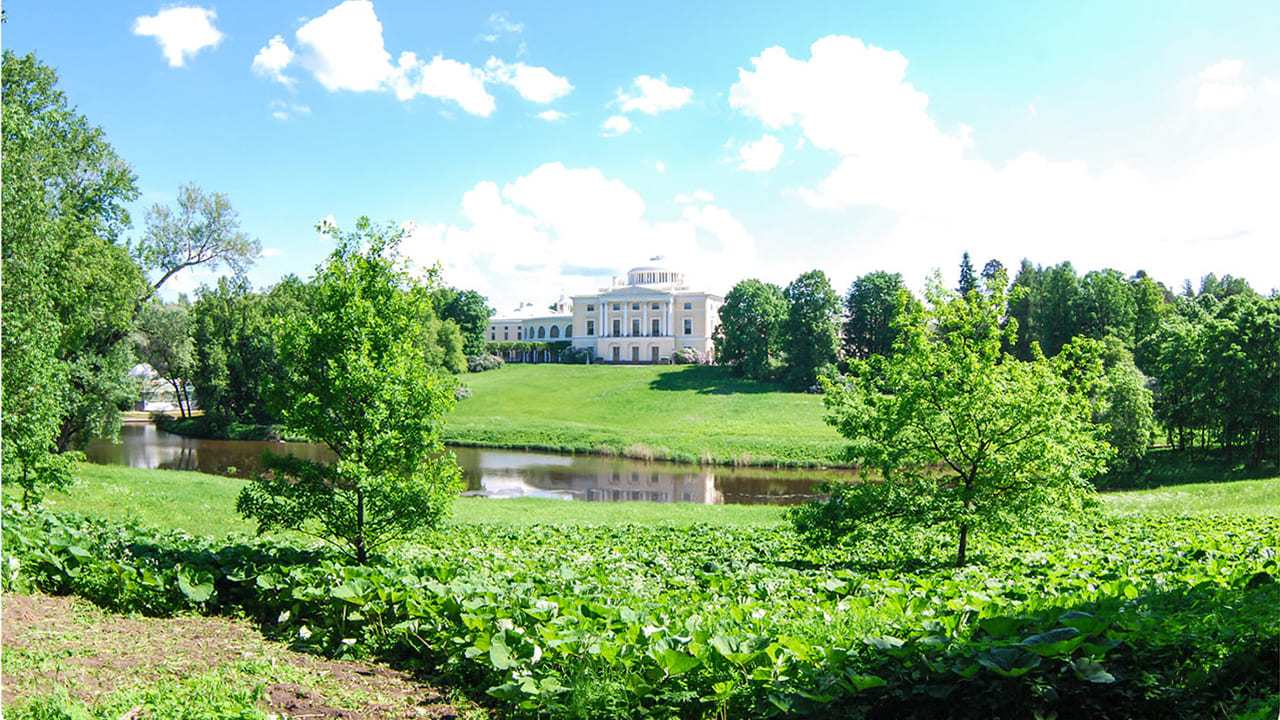 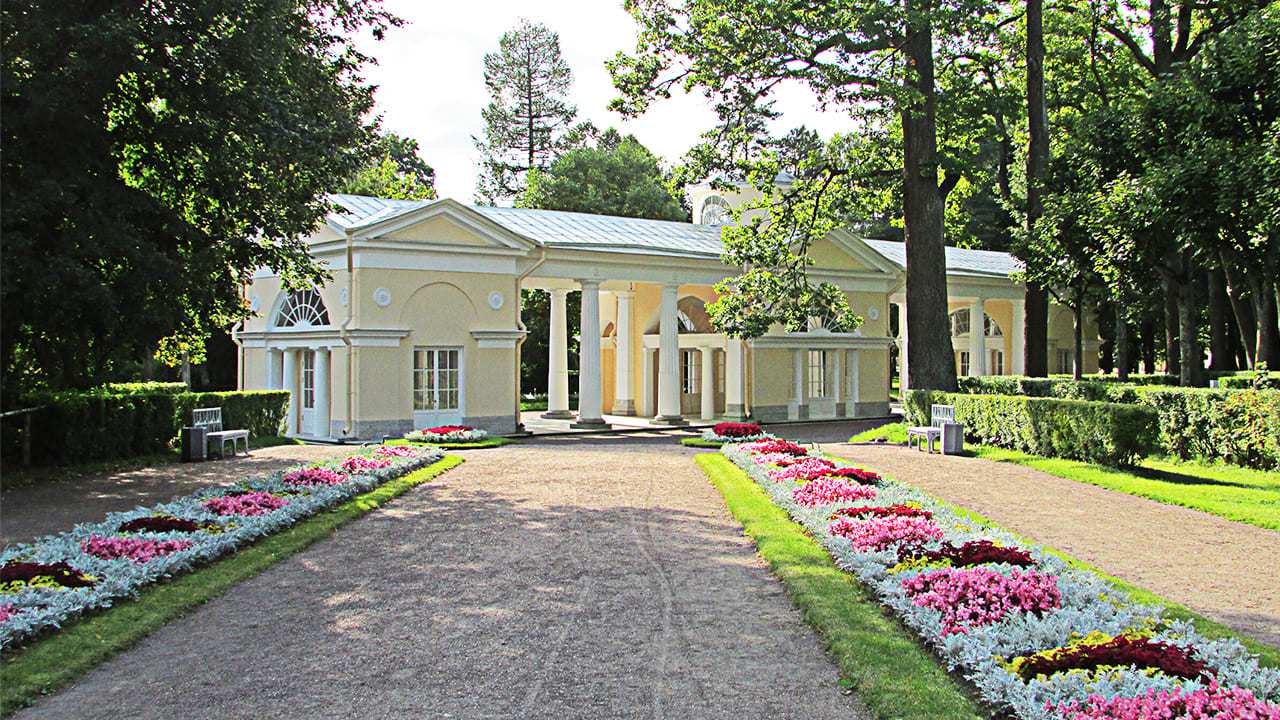 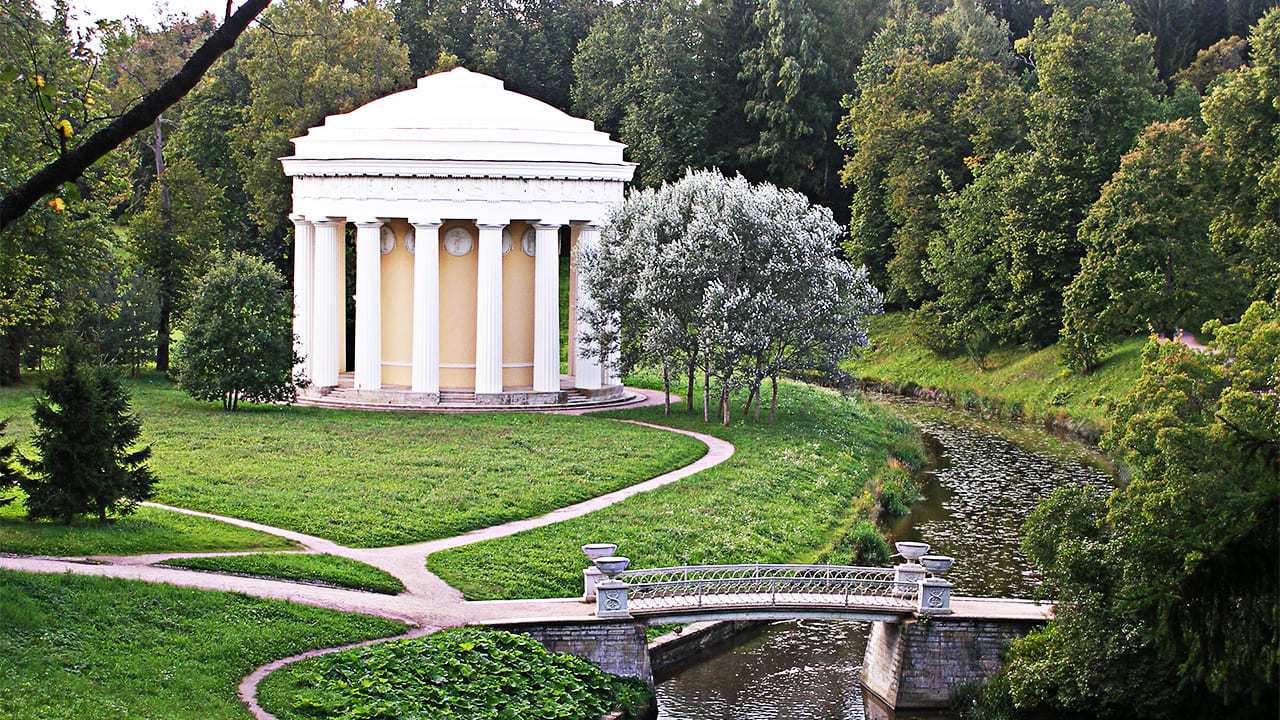 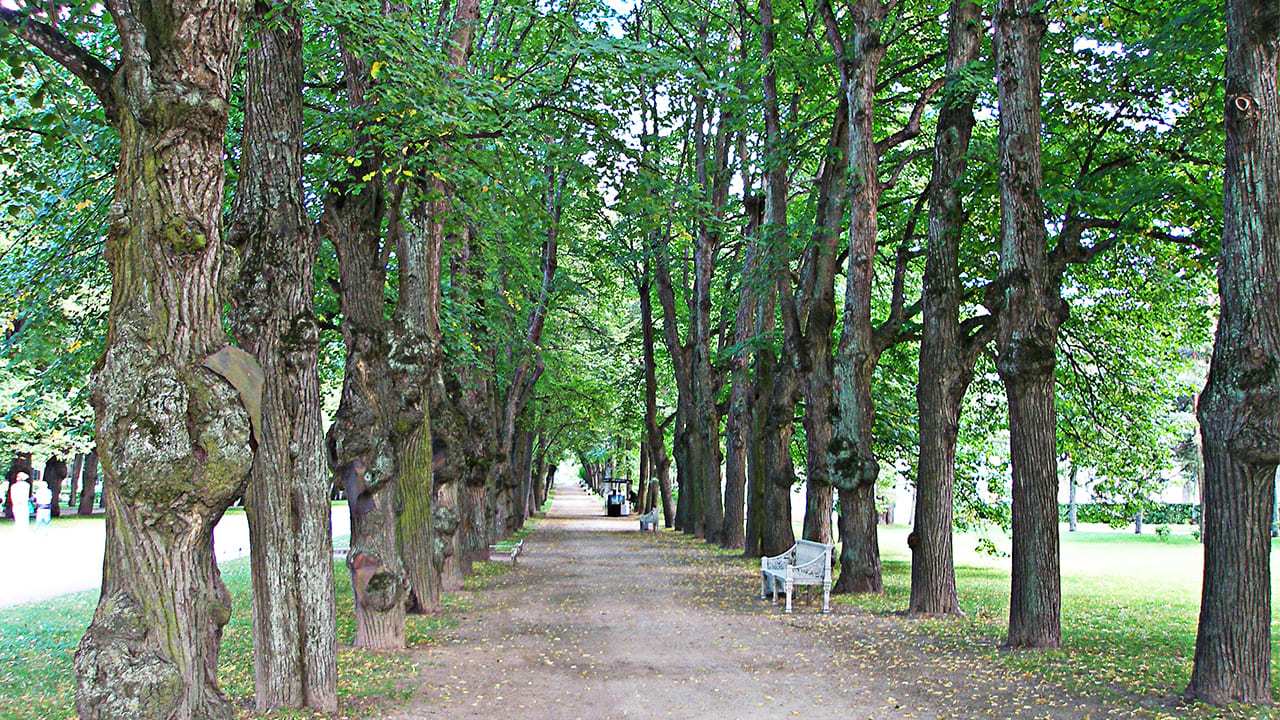 A wooden fortress was built by Russians on the place of Pavlovsk and was known from at least 13th century as part of an Administrative division of Novgorod Land. The fortress and the entire region were later captured by the Swedes. On 13 August 1702, the Russian army led by Peter the Great met Swedes at the Izhora River and pushed them to the fortress. For several days, the Swedish Army was reinforcing their positions but were expelled upon a surprise frontal attack.
Paul I, an avid fan of military, had long dreamed of building a stone fortress on the ruins of the Swedish forts. After he became an emperor, in 1796, he hired the Italian architect Vincenzo Brenna and raised money for the project. By 1798 Brenna raised a Gothic folly, Bip fortress, which fascinated Paul so much that he listed it on the Army register of real fortresses. After the death of Catherine, Paul and Brenna expanded the Pavlovsk estate with real military barracks, officers’ quarters and a hospital.

Catherine the Great liked the nature in Pavlovsk area and frequently visited it for hunting trips. In December 1777, she assigned to her son, Paul I, 977 acres of land along the Slavyanka River, together with forests, arable land and two small villages with peasants. This was a present to Paul and his wife on the occasion of the birth of their first son, the future Emperor Alexander I. This date is considered the founding date of the Pavlovskoye village (the name Pavlovsk derives from Paul’s name in Russian, Pavel).
Between 1782 and 1786 Charles Cameron built the original palace core that survives to date, the Temple of Friendship, Private Gardens, Aviary, Apollo Colonnade and the Lime Avenue. He also planned the original landscape including the huge English park with numerous temples, colonnades, bridges, and statues. The Temple of Friendship was the first building in Pavlovsk, followed by the main palace. However, Cameron’s Pavlovsk was far from Paul’s vision of what an imperial residence should be.
Paul personally hired another architect Brenna and used him in 1783–1785 to visualize his architectural fantasies. Brenna left Cameron’s palace core intact, extending it with side wings.
After Paul’s death in 1801 the palace was proclaimed a residence of his widow, Maria Feodorovna. During that time, it was frequently visited by famous poets and novelists.
In the 19th century, Pavlovsk became a favorite summer retreat for well-to-do inhabitants of the Russian capital. The life of Pavlovsk’s dachniki was described by Dostoyevsky, who frequently visited the town, in his novel The Idiot. Pavlovsk Palace then regularly hosted evening festivities, and Johann Strauss II (1856), Franz Liszt, Robert Schumann and Feodor Chaliapin were among the celebrities who performed there.
After the October Revolution of 1917, the Pavlovsk palace and park were nationalized and converted to a public-access museum. Pavlovsk suffered much from the German occupation during World War II– the entire water system of the park and about 70,000 trees were destroyed, the palace was severely damaged by the fire of January 1944, and about 40% of exhibitions were stolen or destroyed. Restoration works started in 1944 and were completed by 1973.
In 1954, Pavlovsk was transferred under the jurisdiction of St. Petersburg. In 1989, it was included into the UNESCO list of World Heritage Sites.