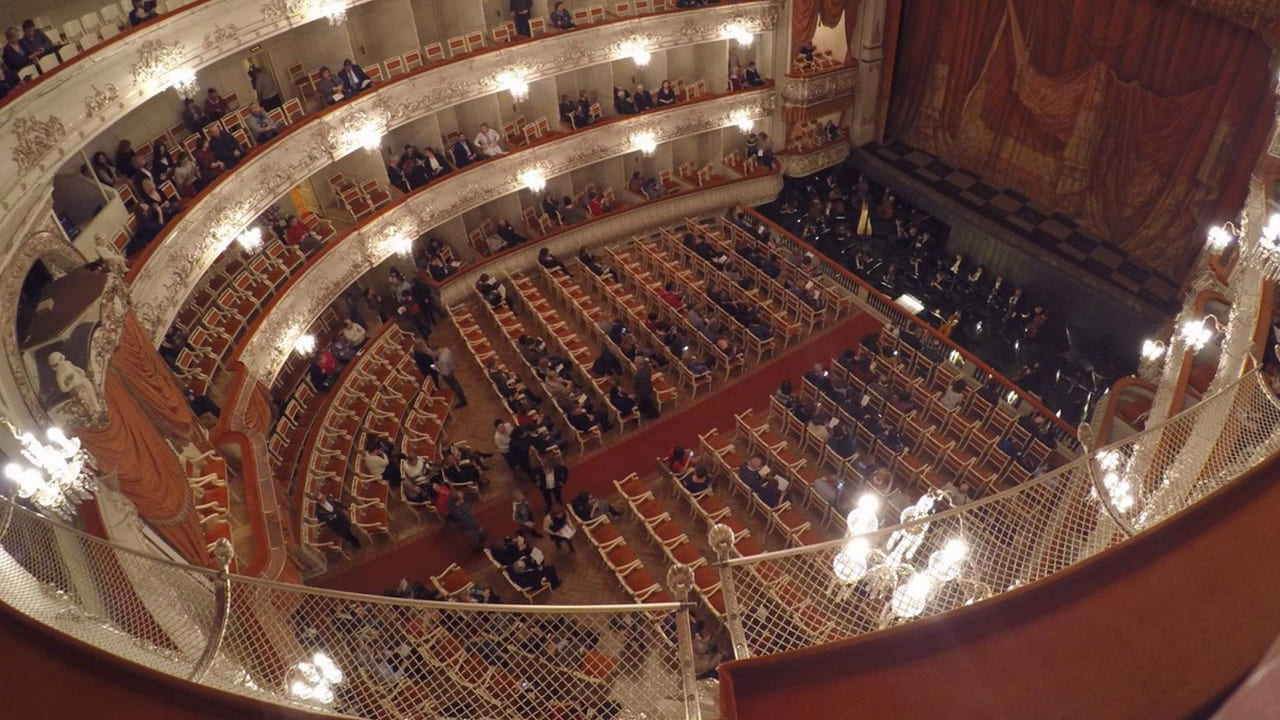 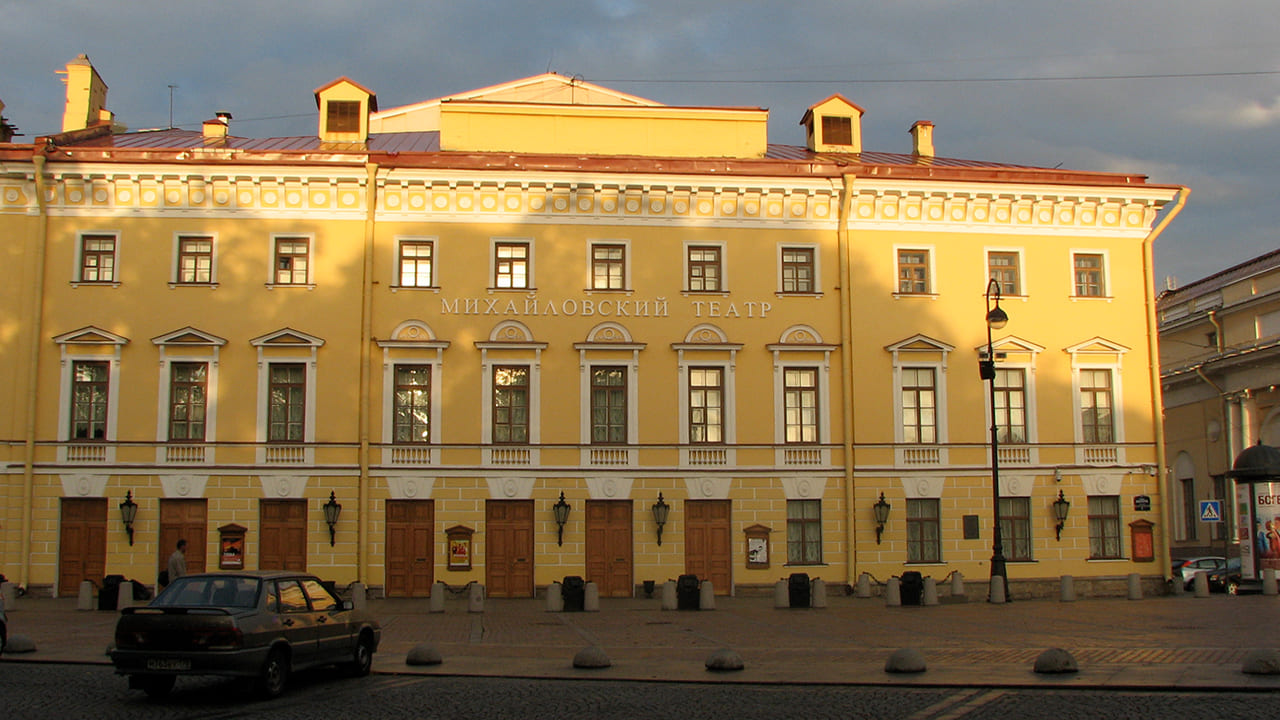 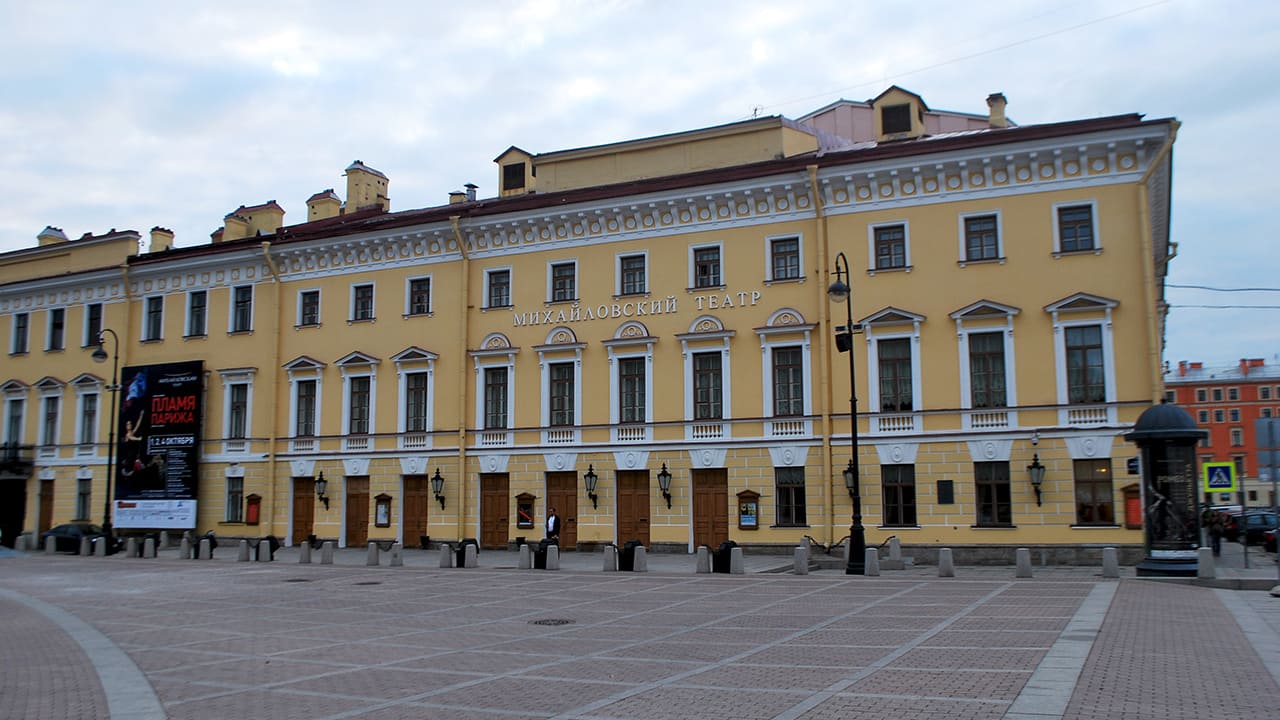 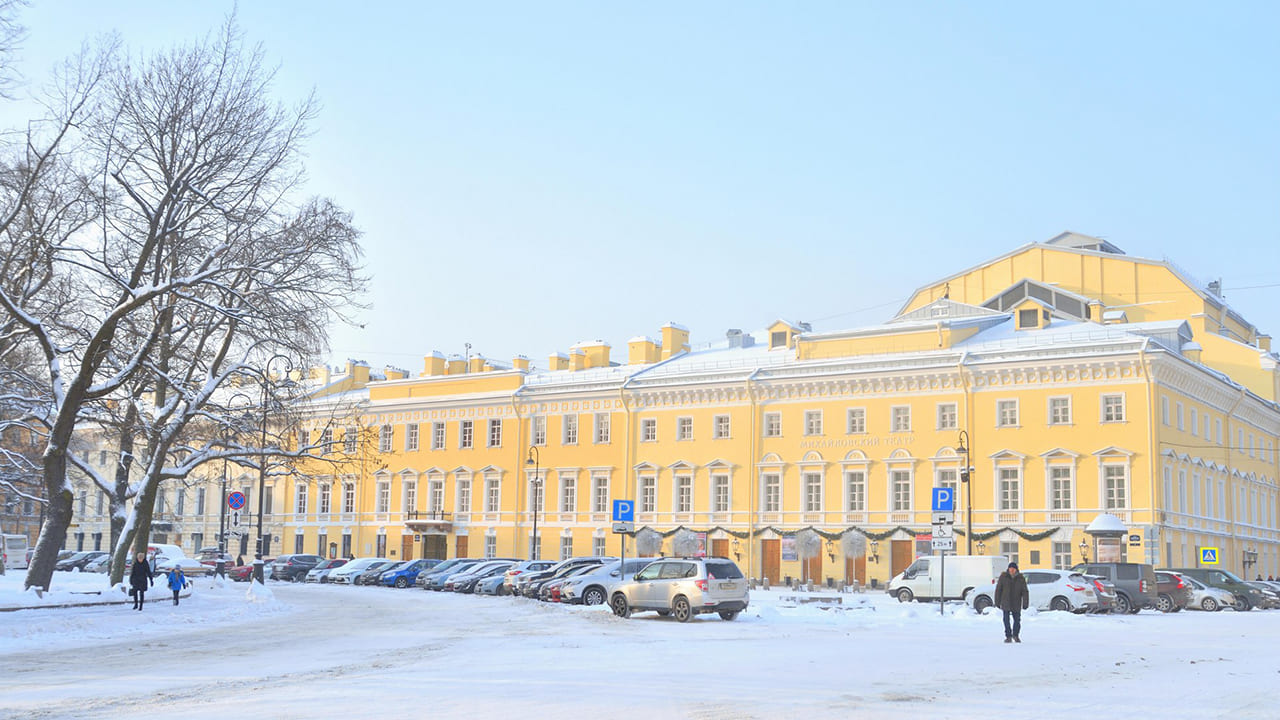 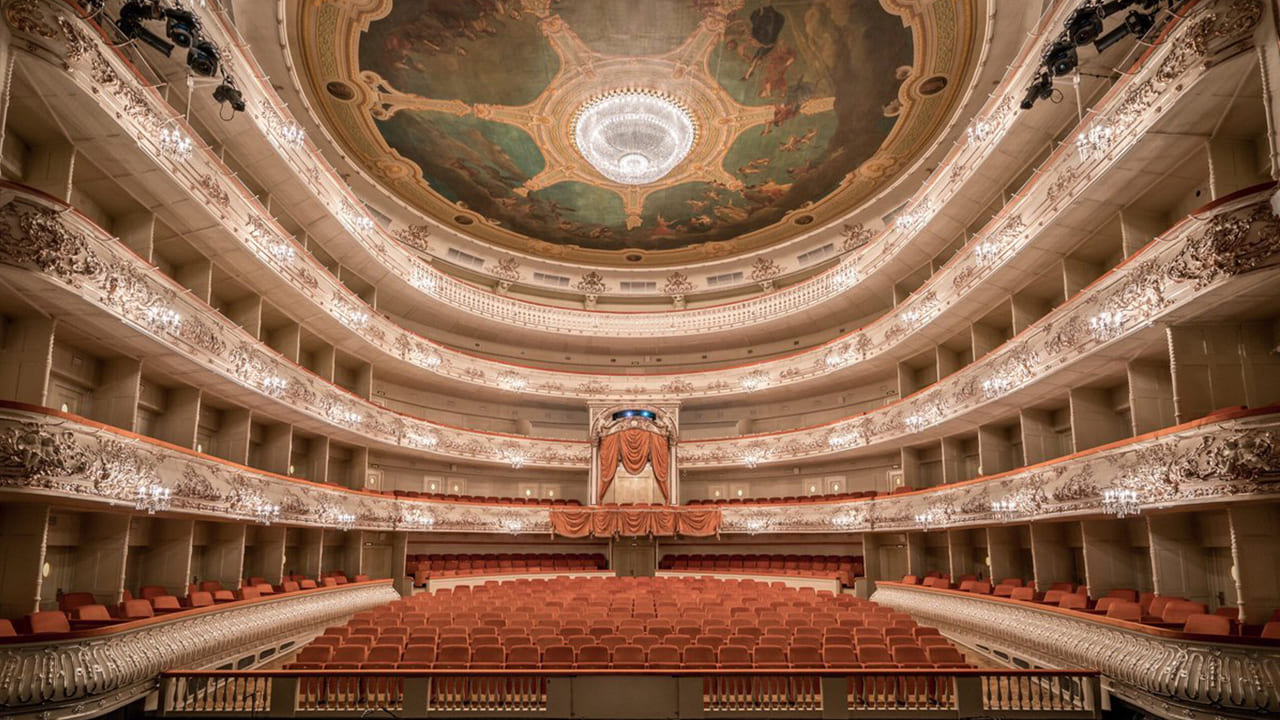 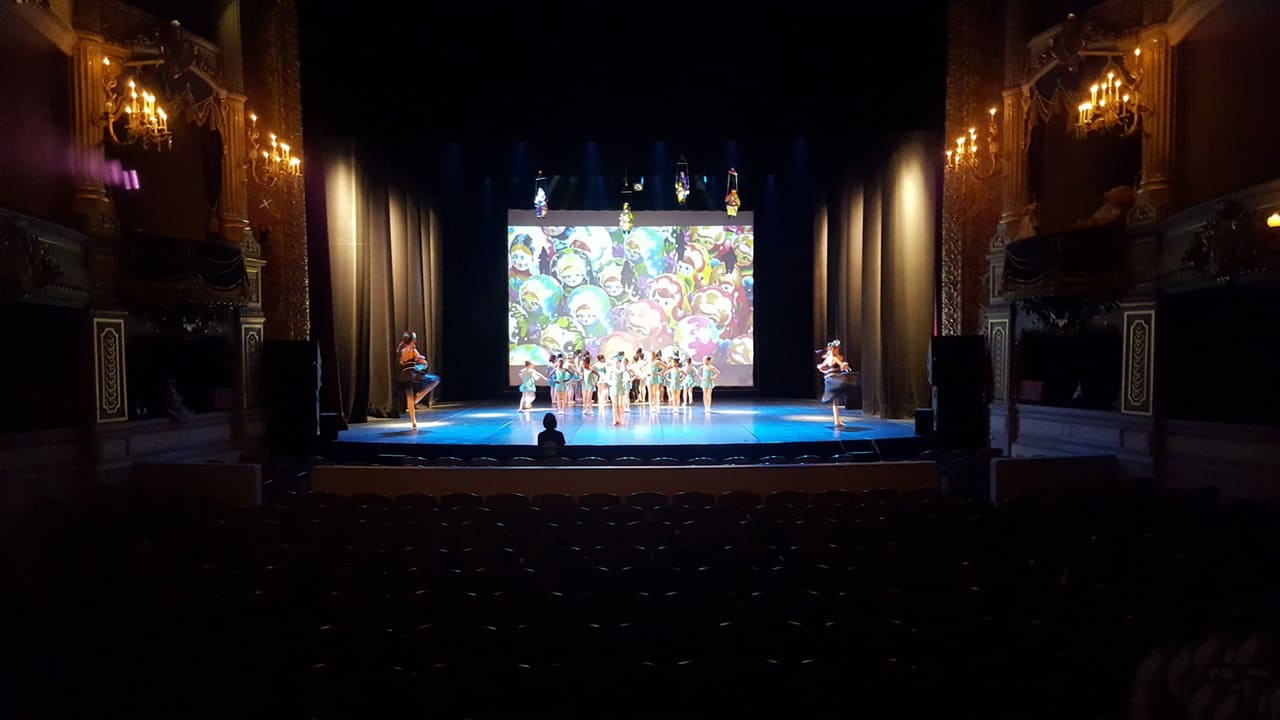 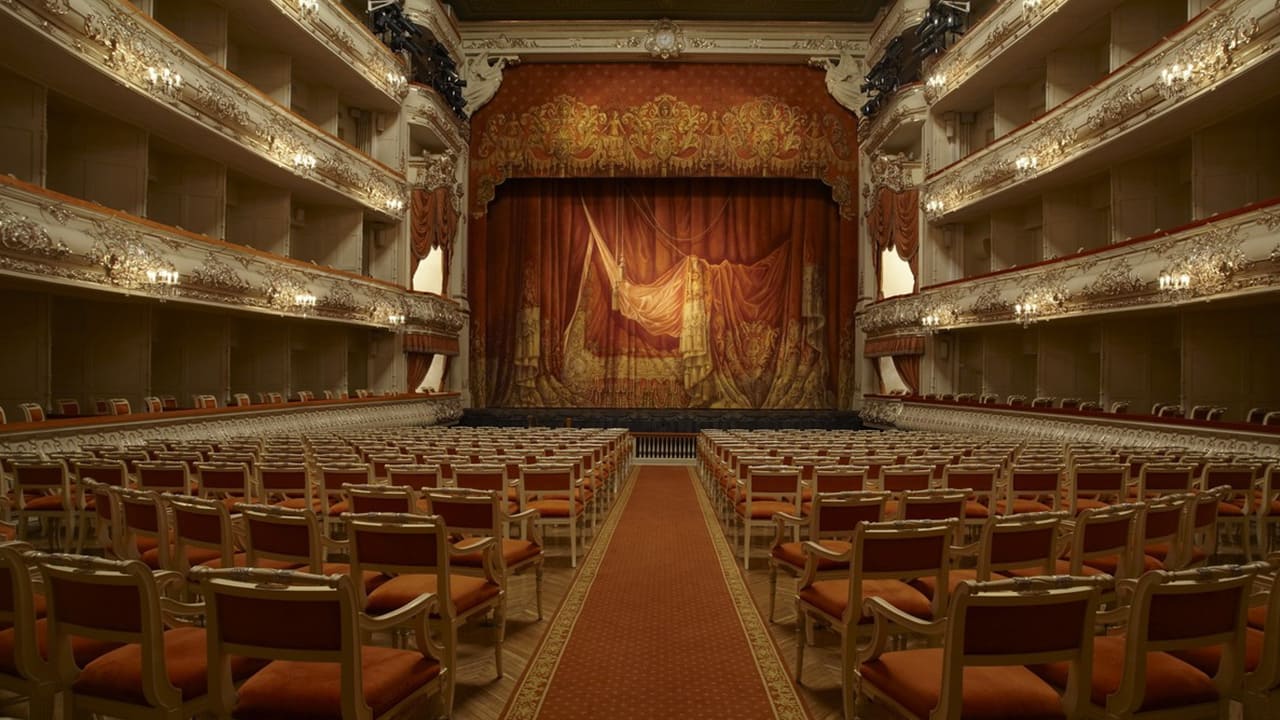 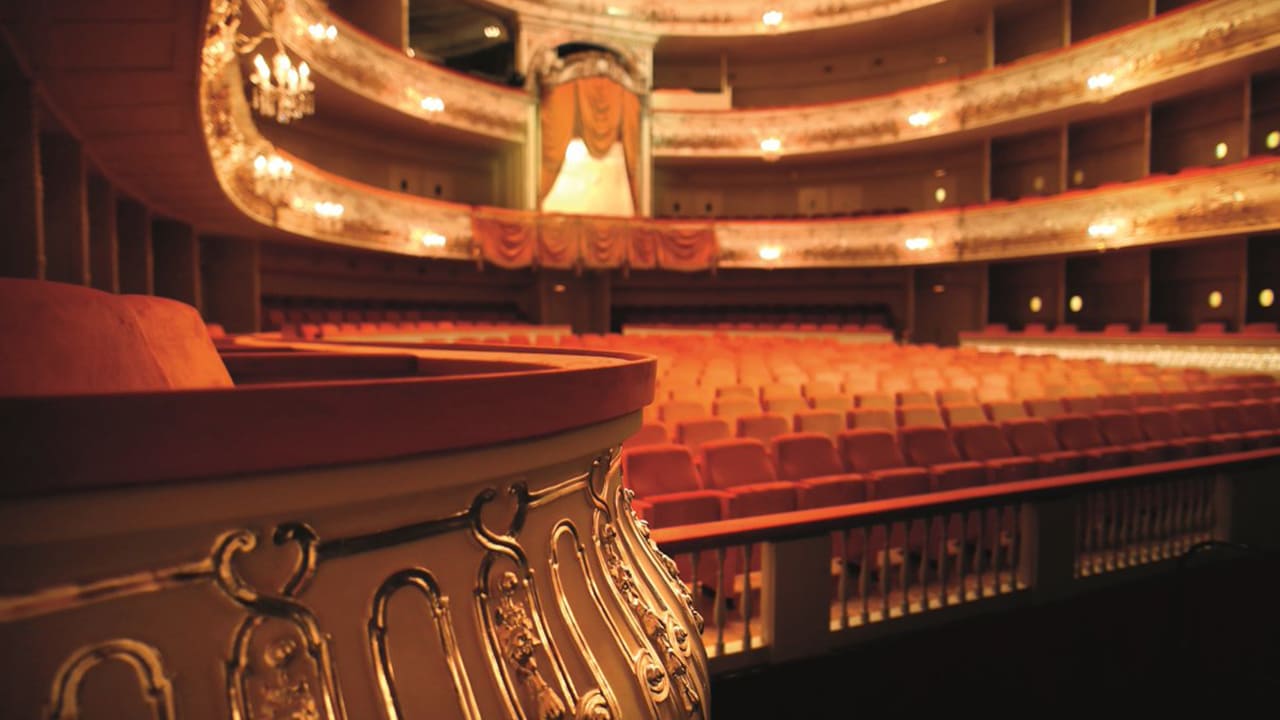 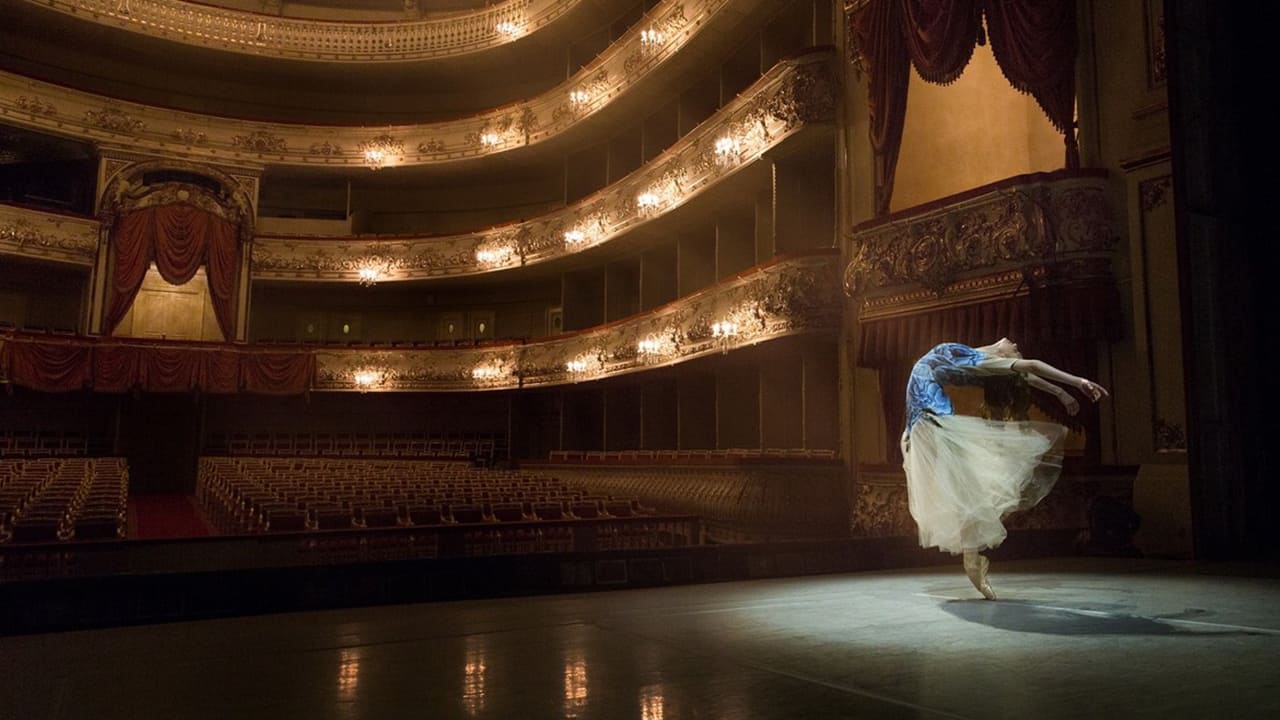 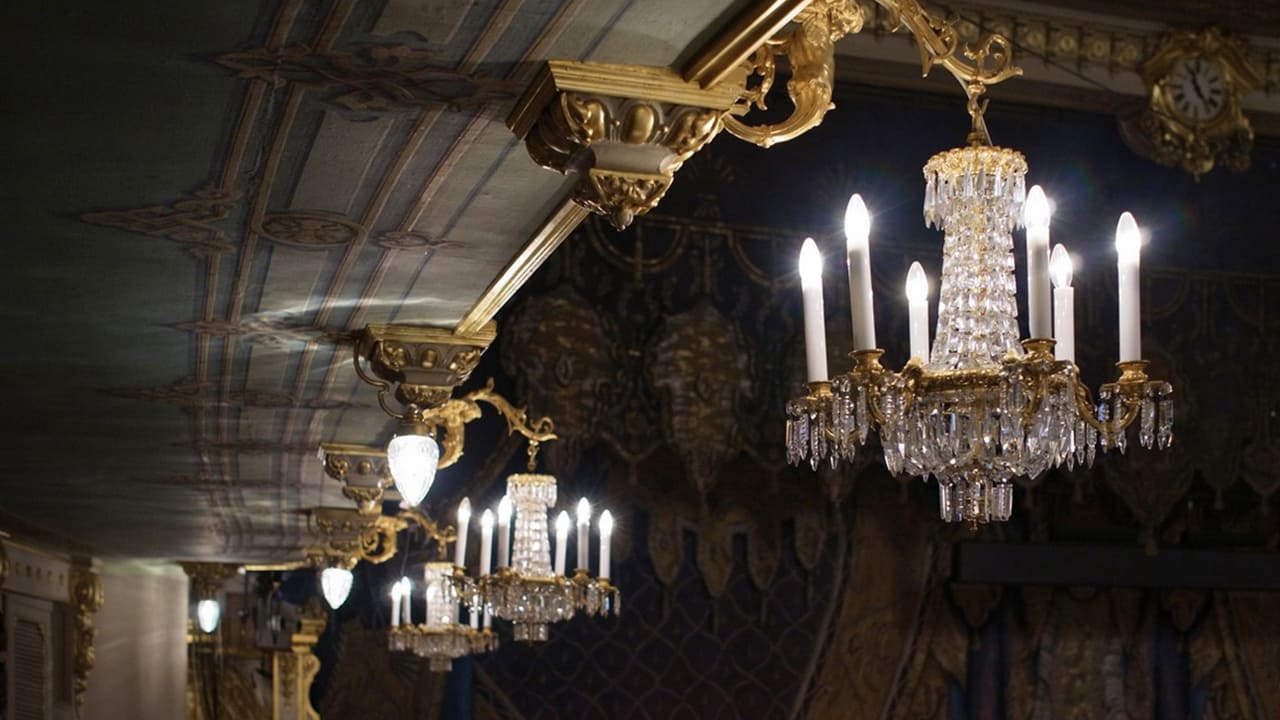 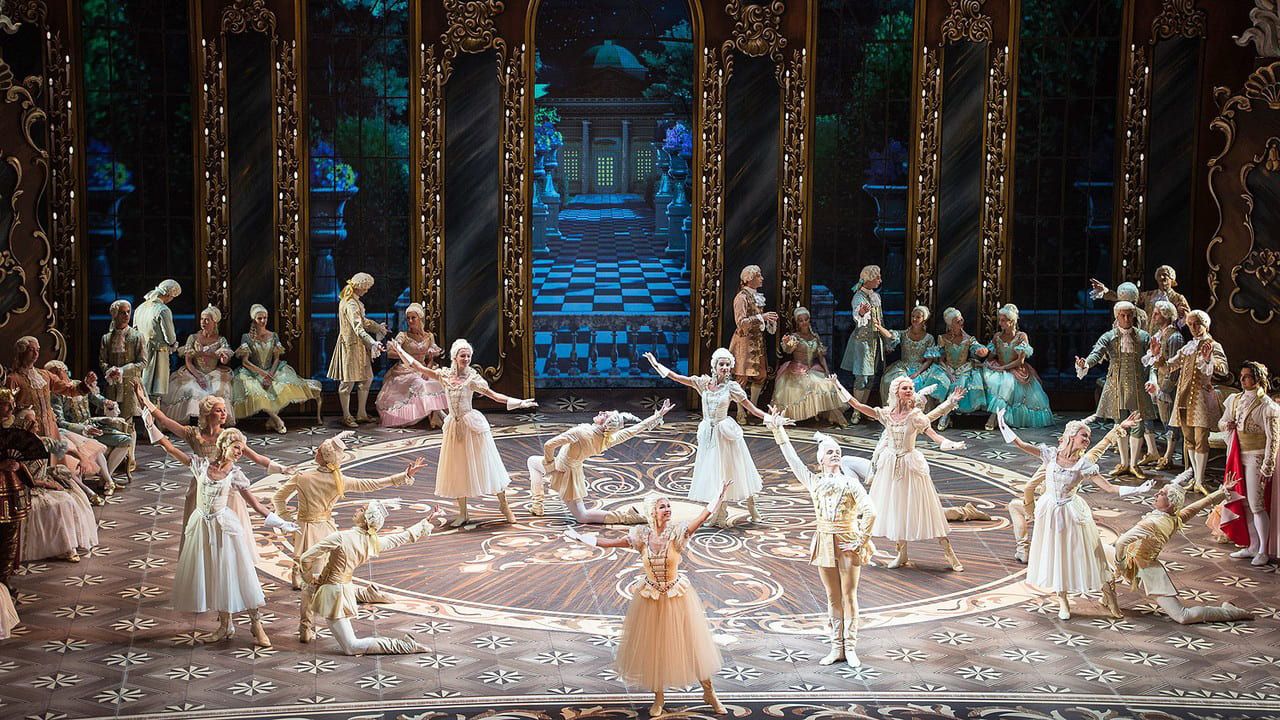 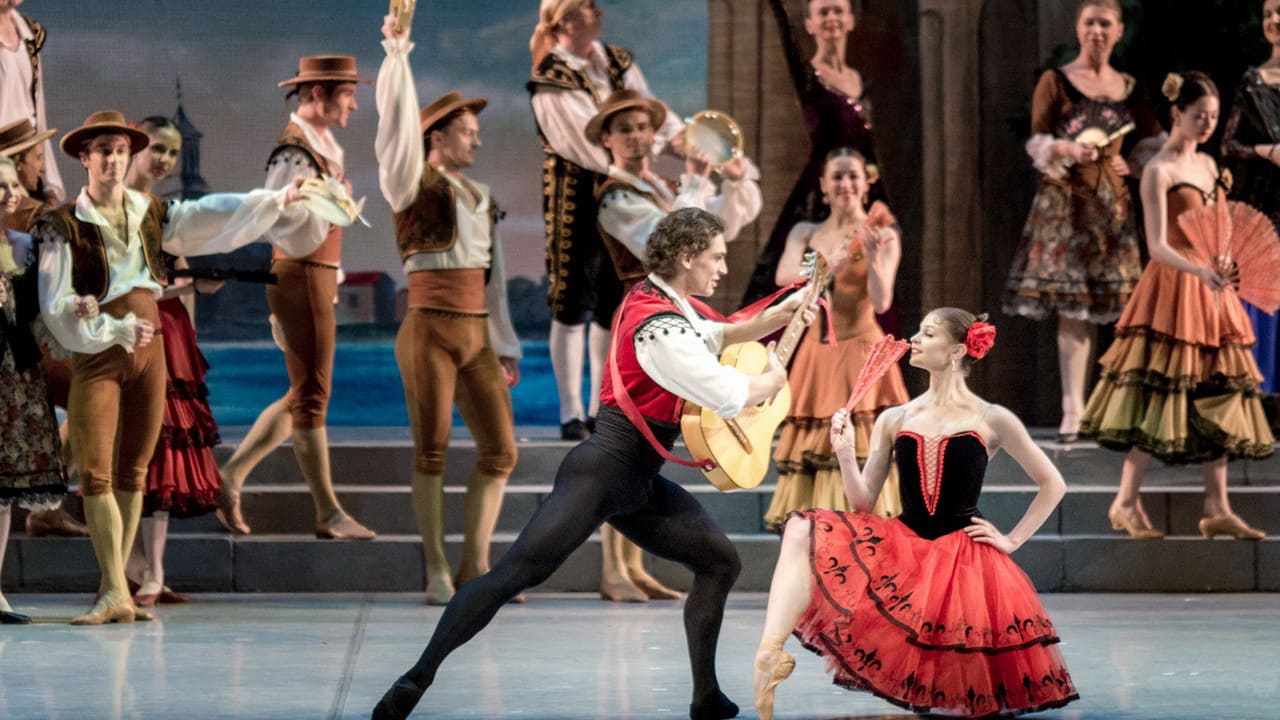 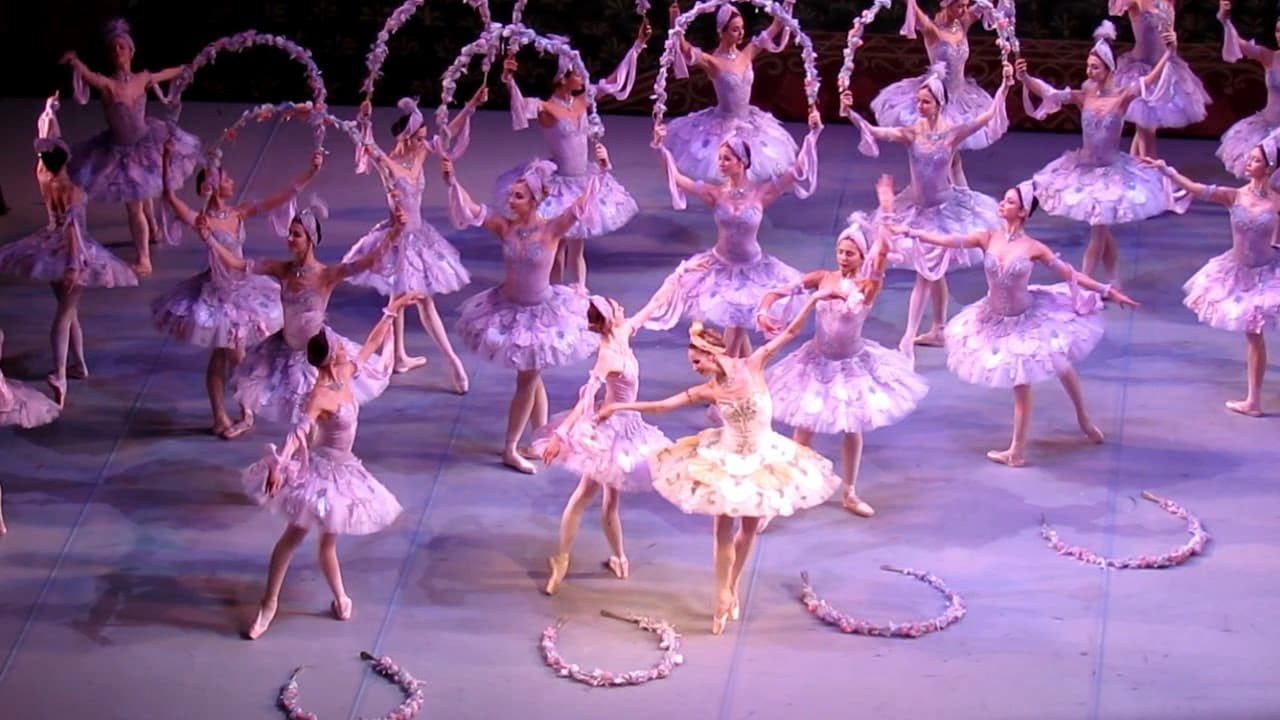 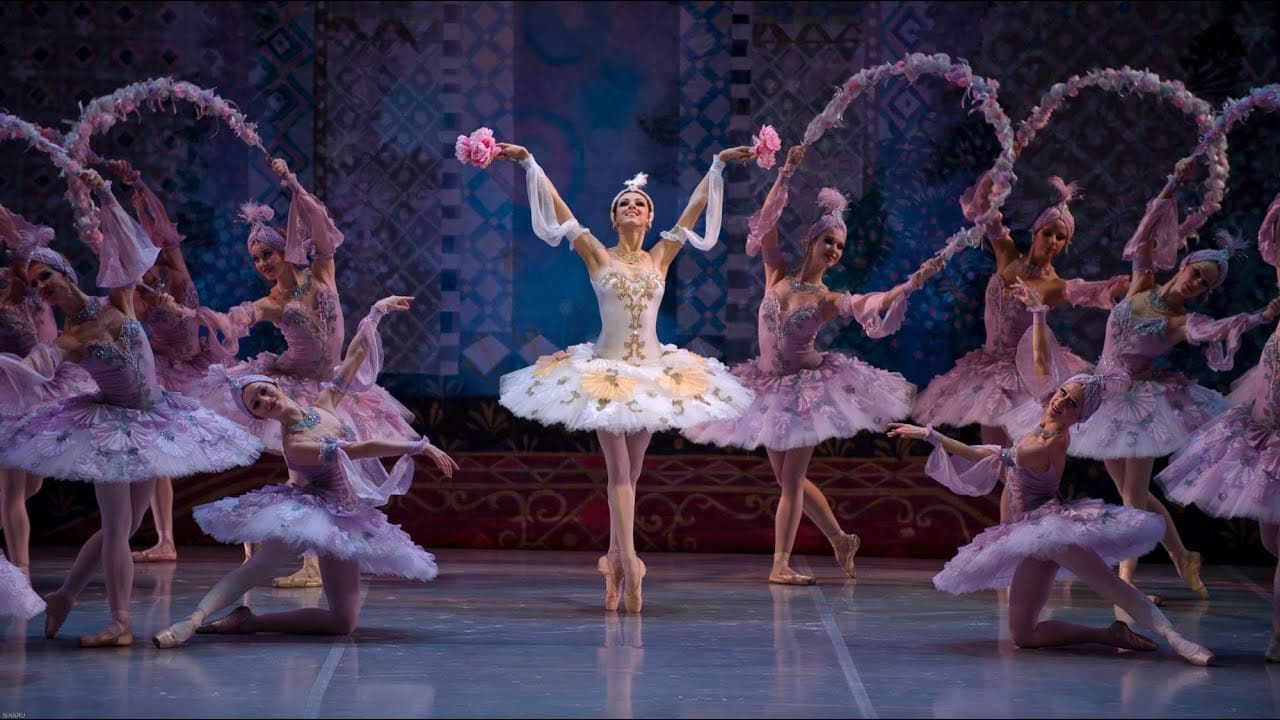 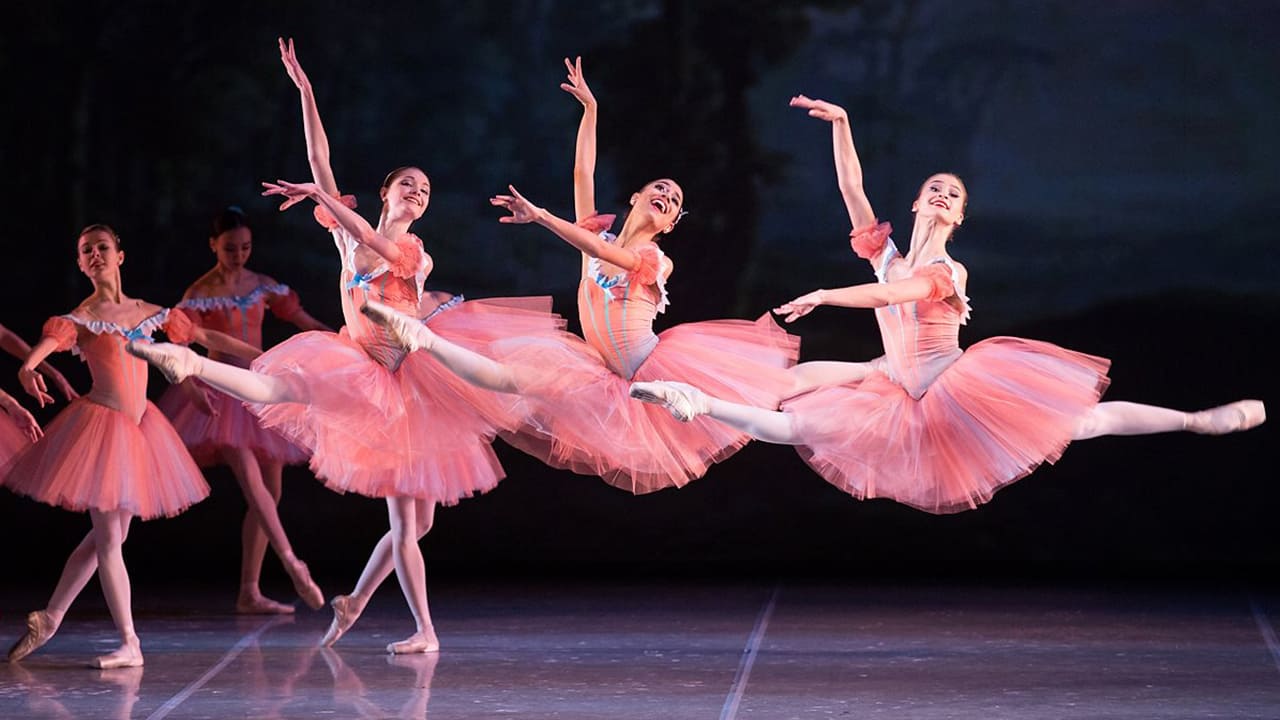 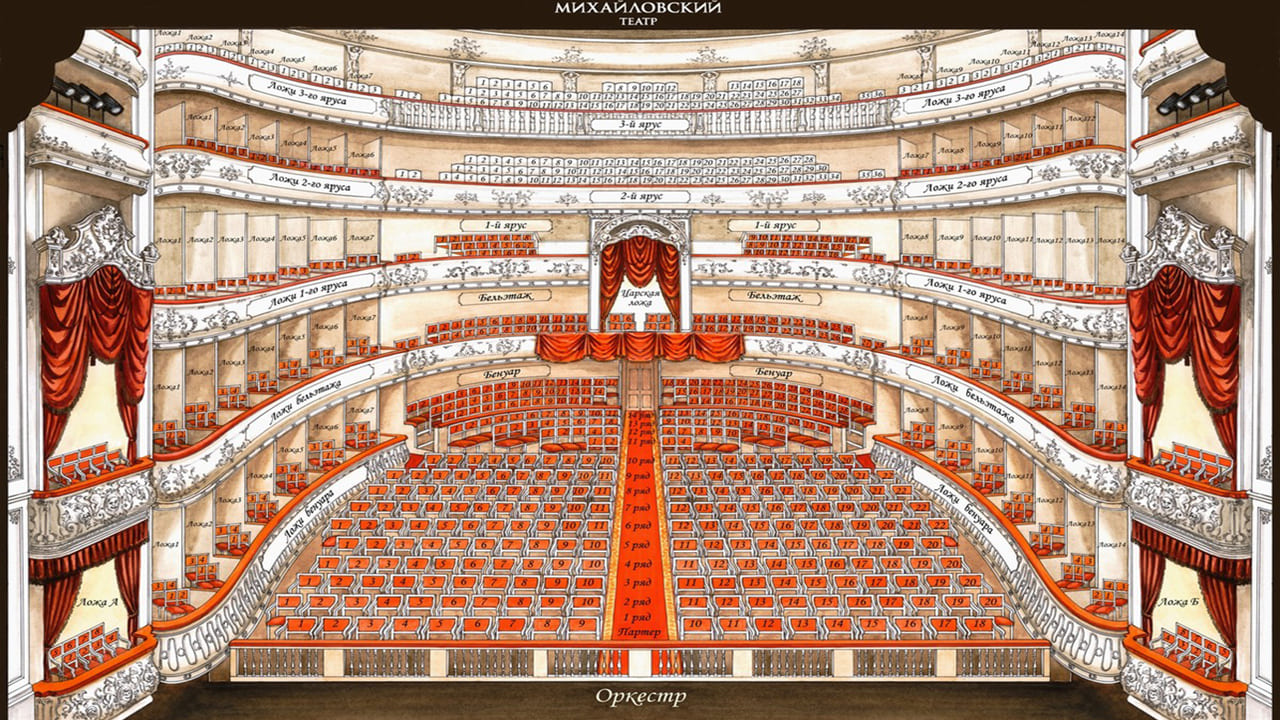 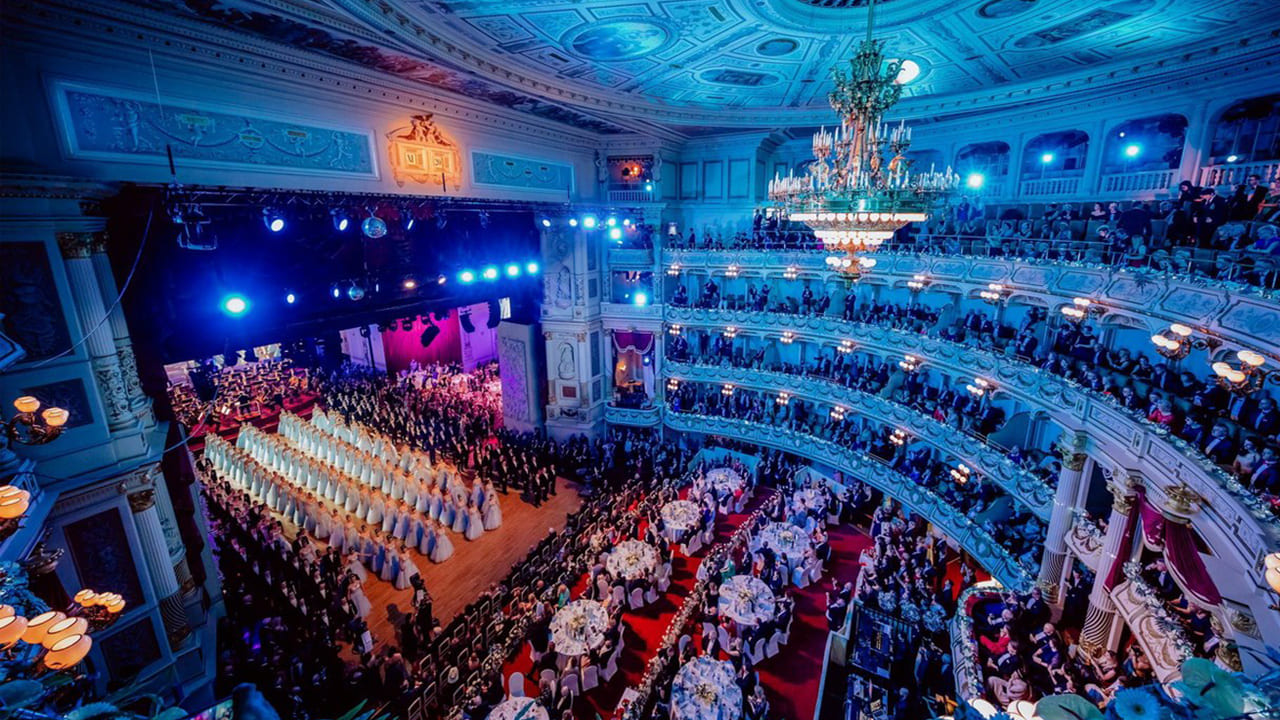 Alexander Brullov was commissioned to design the new theatre building. It had to  match the existing ensemble of Mikhailovsky Square, now Arts Square. On 8 November 1833, on the name day of the Grand duke Mikhail, brother of  Emperor Nicholas I, the curtain rose for the first time in the new theatre. The  same year the French troupe, which had previously shared the stage with Russian actors in another recently completed theatre, the Alexandrinsky, moved into the new building. Thus began the eighty-five year-long life of the French Theatre in St  Petersburg. It was run by the Imperial Theatres Company, which was under the direct control of the Ministry of the Imperial Court. Representatives from those two bodies frequented Paris where they found new actors and actresses for employment in Russia. French plays alternated with Russian and German works interspersed with musical parties and concerts. The theatre was the House of  French Culture.

In 1833, a small group of German artists was invited to perform operas and singspiels. The success was staggering. In 1843 however Italian singers arrived in  St Petersburg, they «outsang» the Germans, most of whom then moved to  Moscow, the rest switching to drama.

In 1859, a new epoch began with the complete refurbishing of the interiors by  Albert Cavos. The purpose was to increase the seating capacity of the theatre. The reopening on 26 November 1859 was described by Théophile Gautier, the  renowned French novelist, who had come to Russia seeking new impressions. He  liked everything, the auditorium, the troupe and felt proud of the fact that «a  theatre where the performance is entirely in French can be filled to capacity». The German troupe competed though.

Beginning in the 1870s, the Mikhailovsky Theatre opened its doors to anyone wishing to perform on its stage — out-of-house performances by other St Petersburg theatres, touring companies and various celebrations and charity shows. In 1894, several performances of the Mariinsky Theatre were transferred to the Mikhailovsky Theatre. This was the period when Mathilde Kschessinska was dancing, and Fyodor Chaliapin and Medea and Nicholas Figner sang on this stage.

Transferred from the Mariinsky stage, the performance of the opera signified the birth of yet another opera house in the city.

Ballets by Leonid Jacobson and Pyotr Gusev, Yury Grigorovich and Boris Eifman, Nikita Dolgushin and Konstantin Boyarsky were staged in the Maly Theatre. In 1963, the theatre received the official status of not only an opera but also a ballet theatre — the Leningrad State Order of Lenin Academic Maly Opera and Ballet Theatre. In 1989, the Maly was again renamed, this time, after the famous Russian composer Modest Mussorgsky.