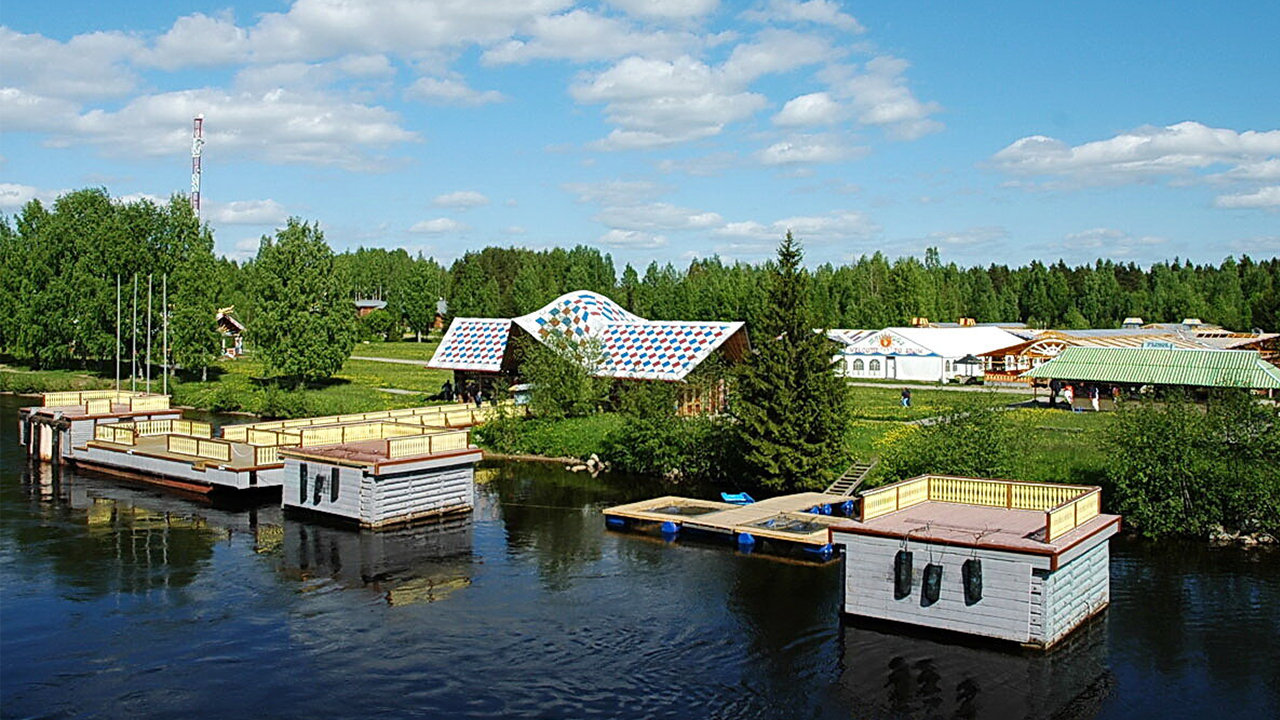 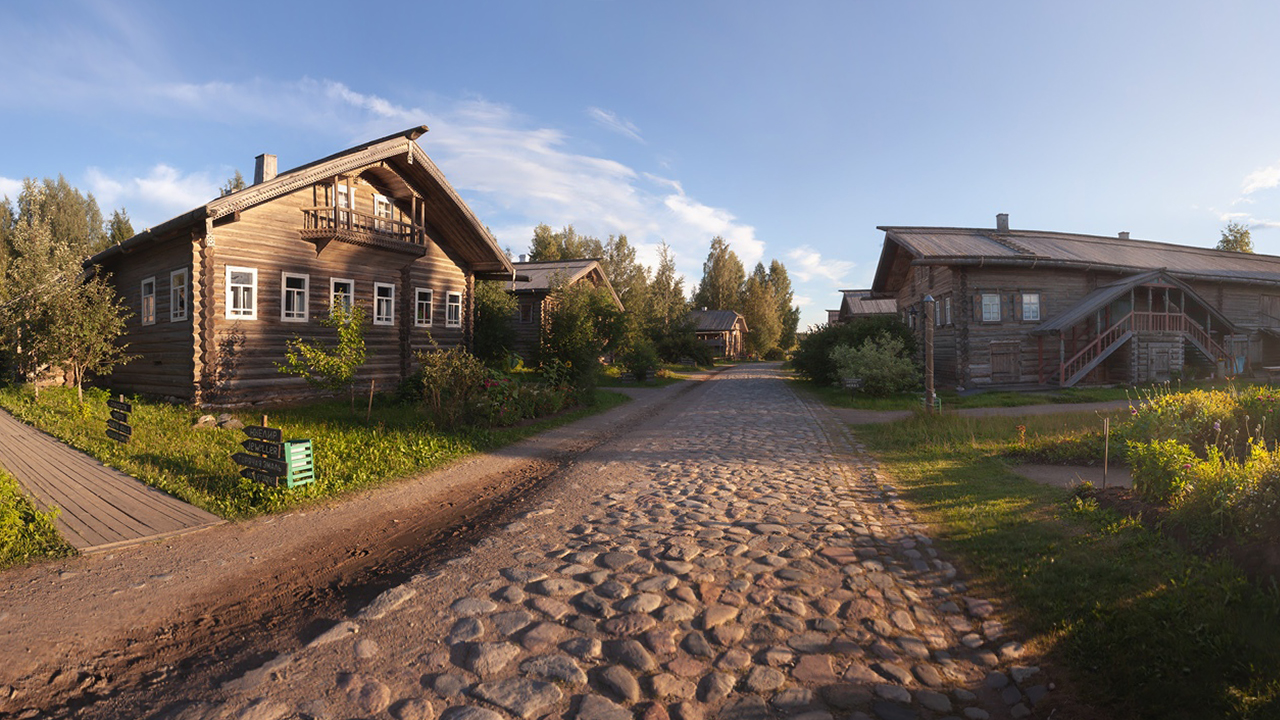 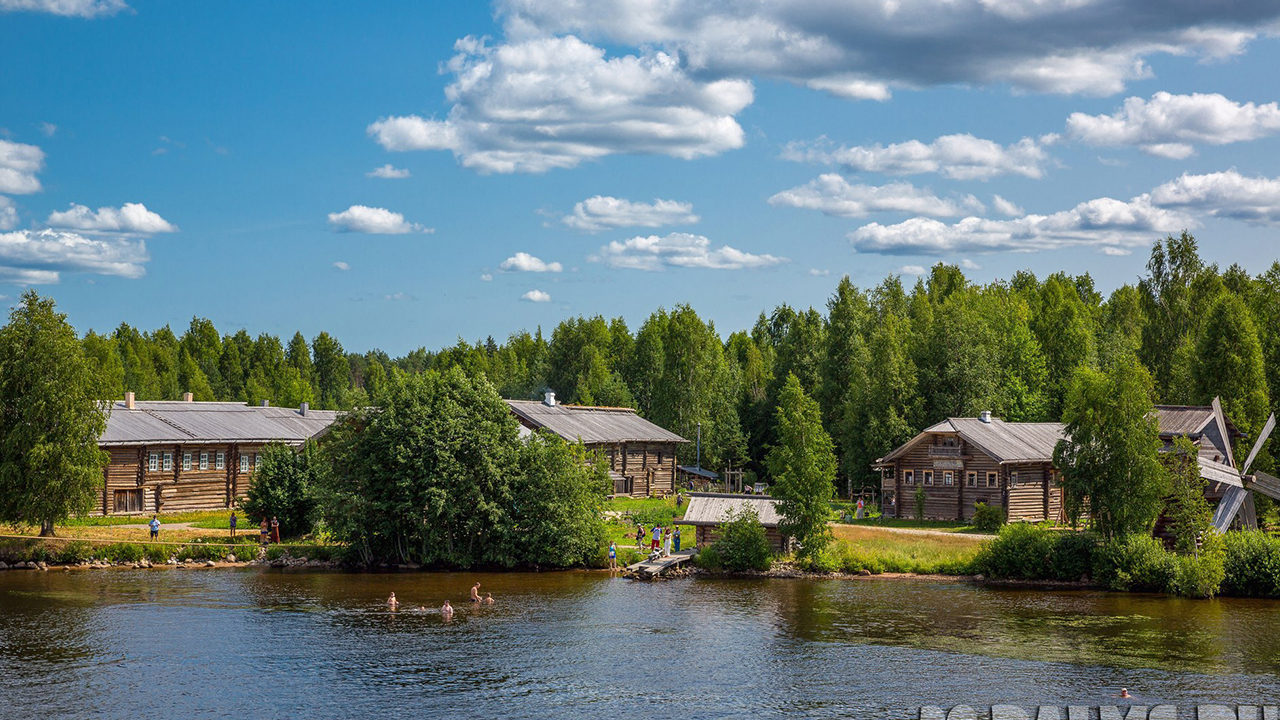 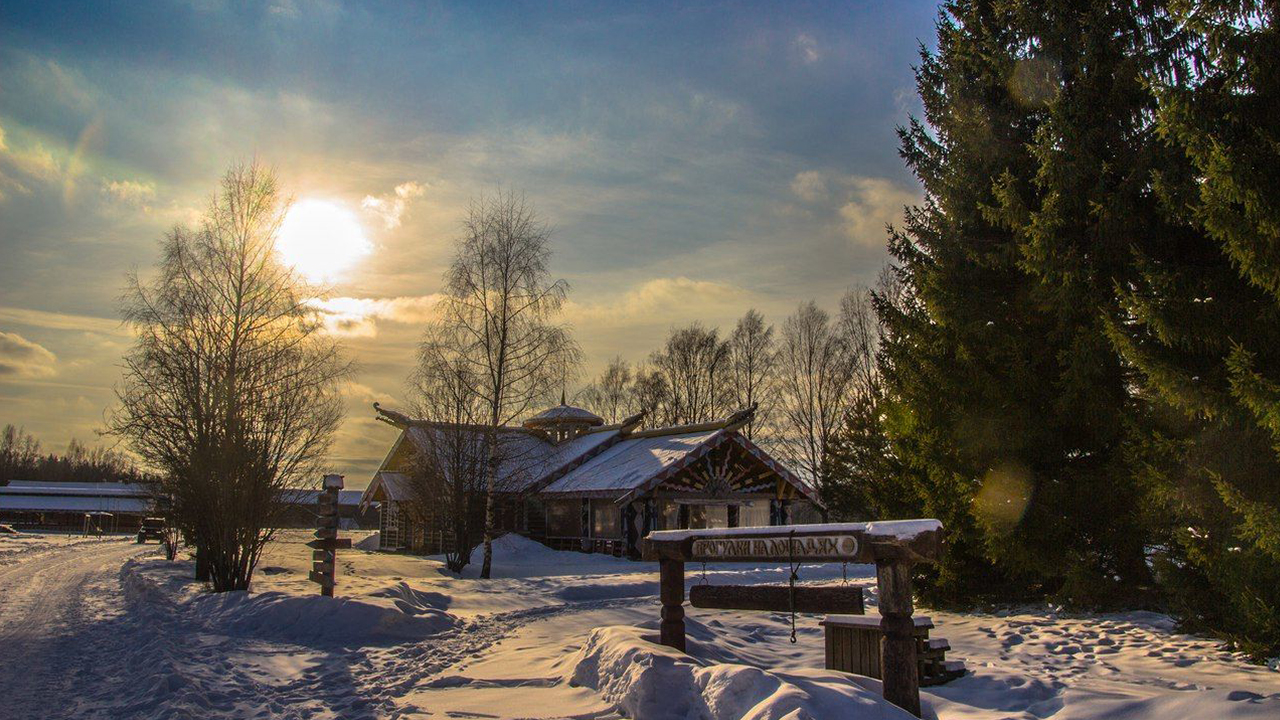 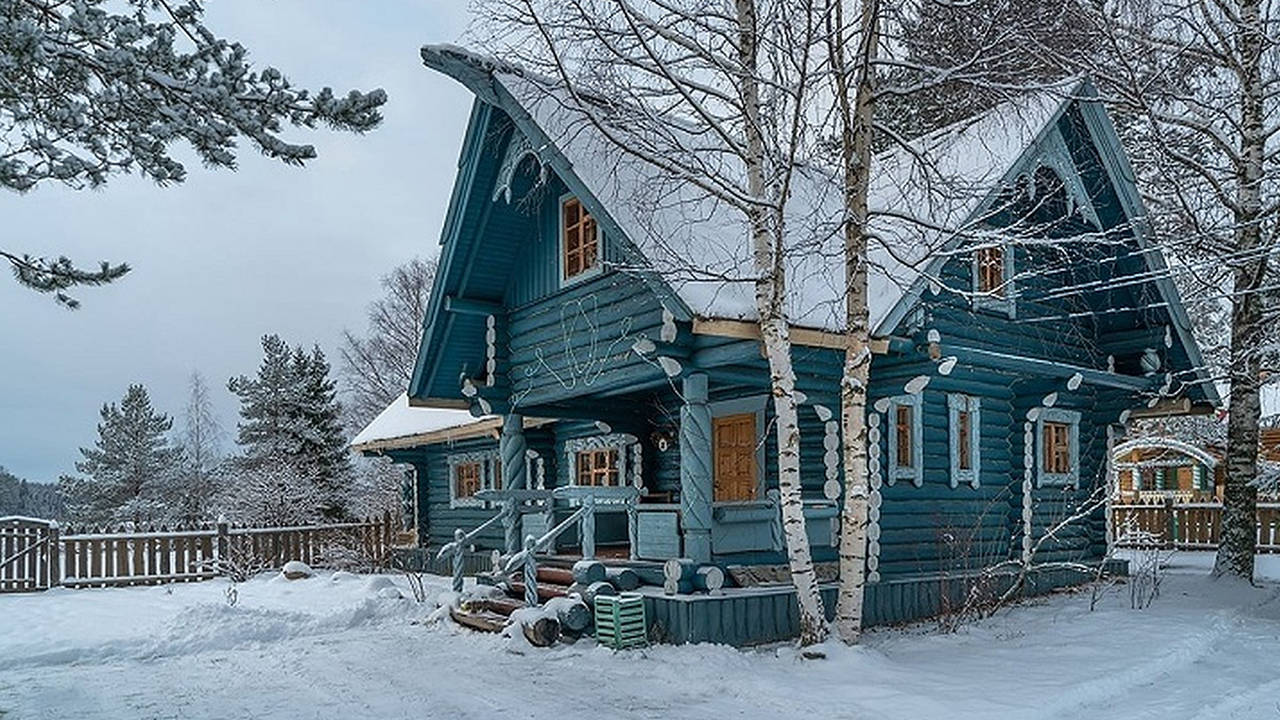 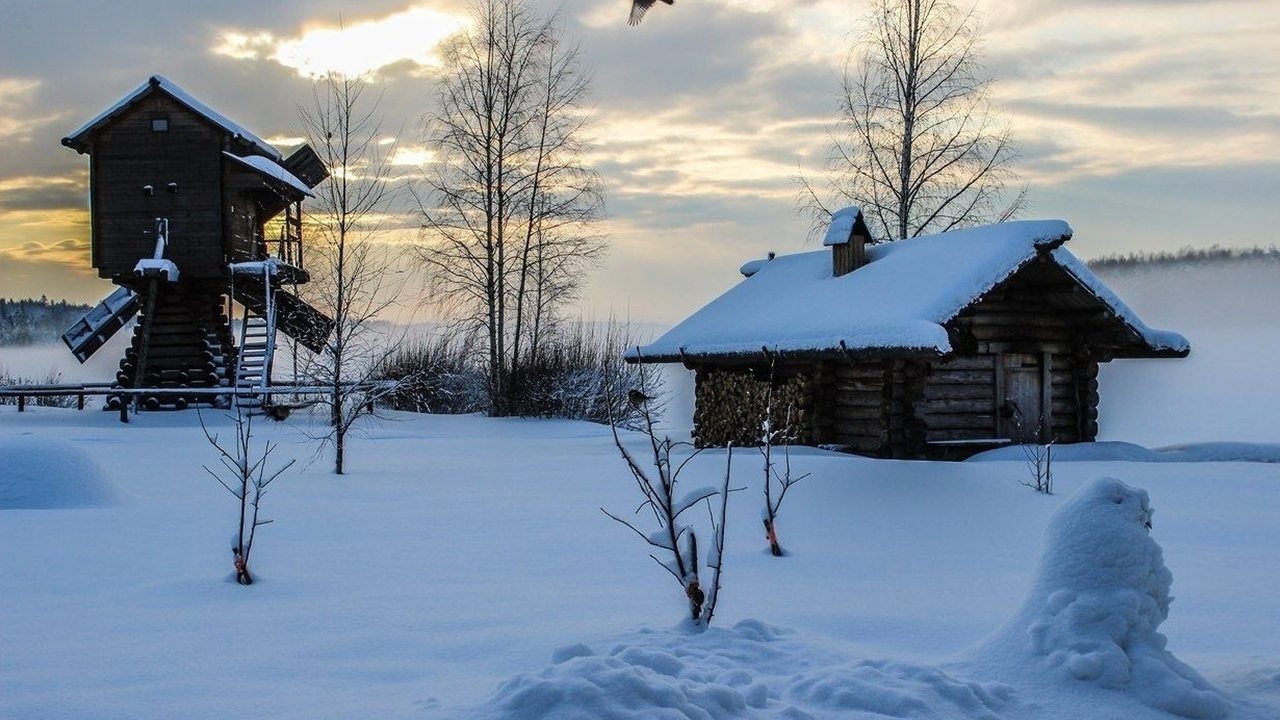 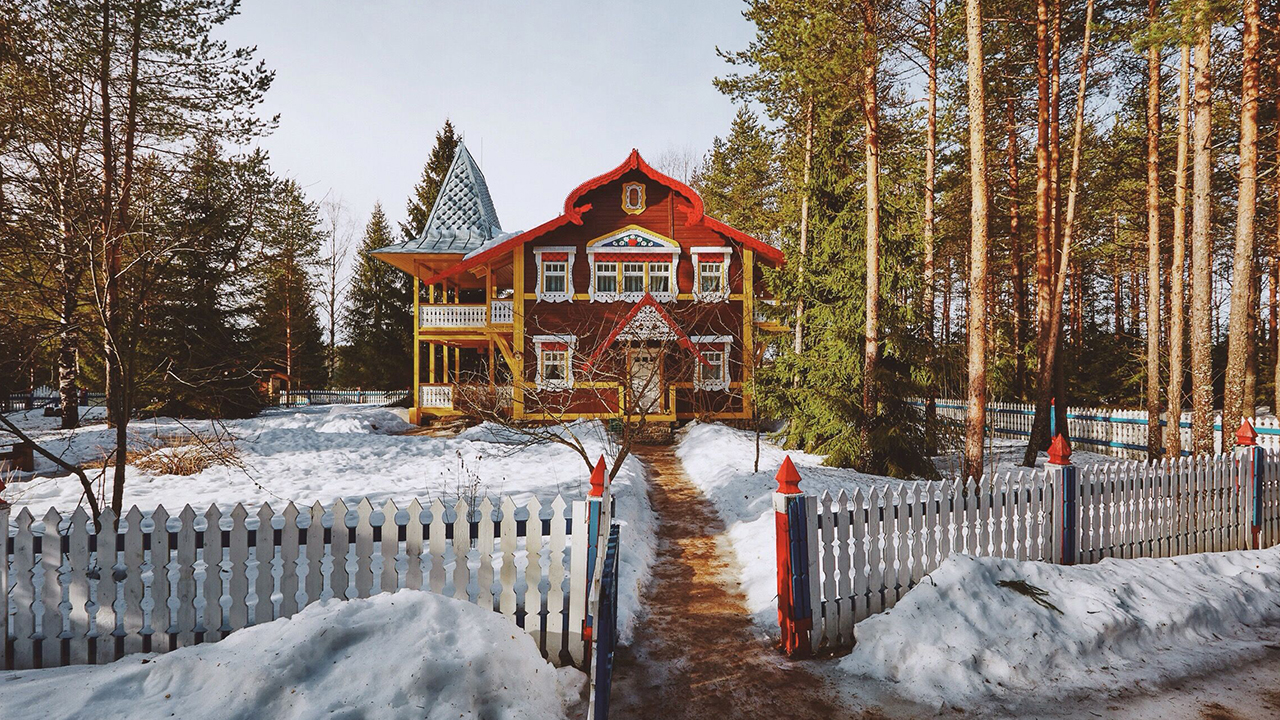 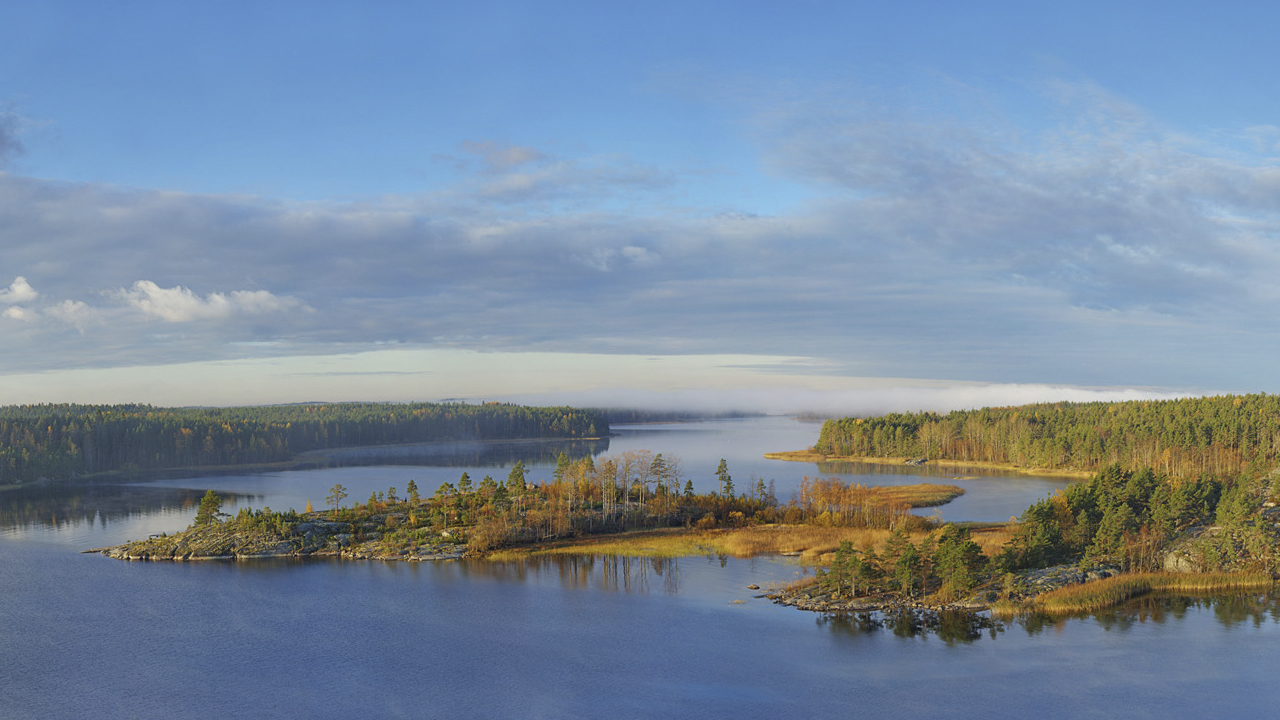 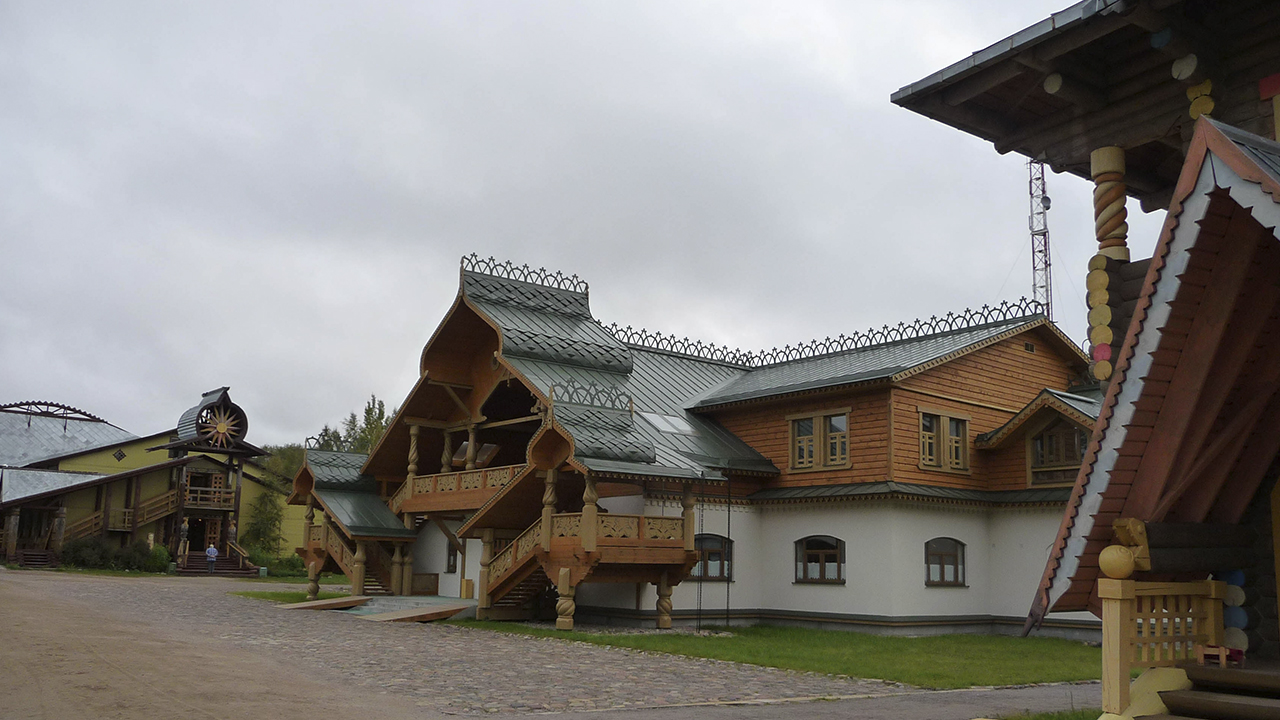 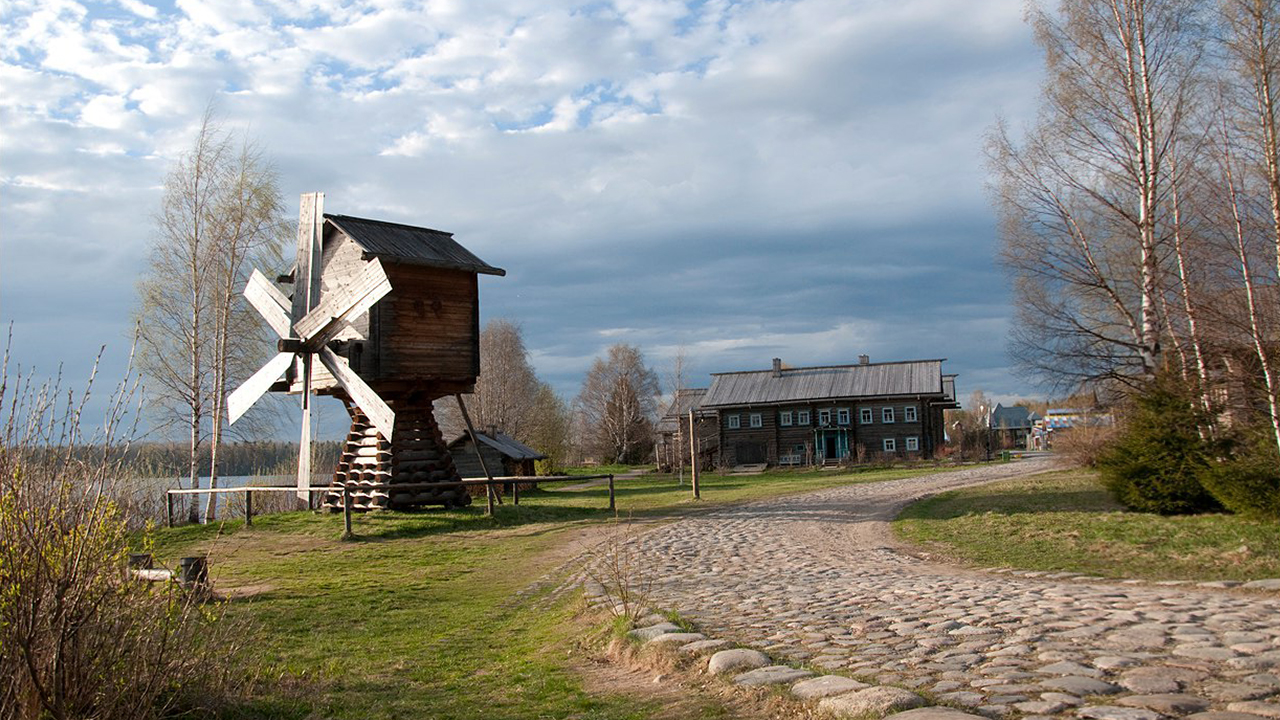 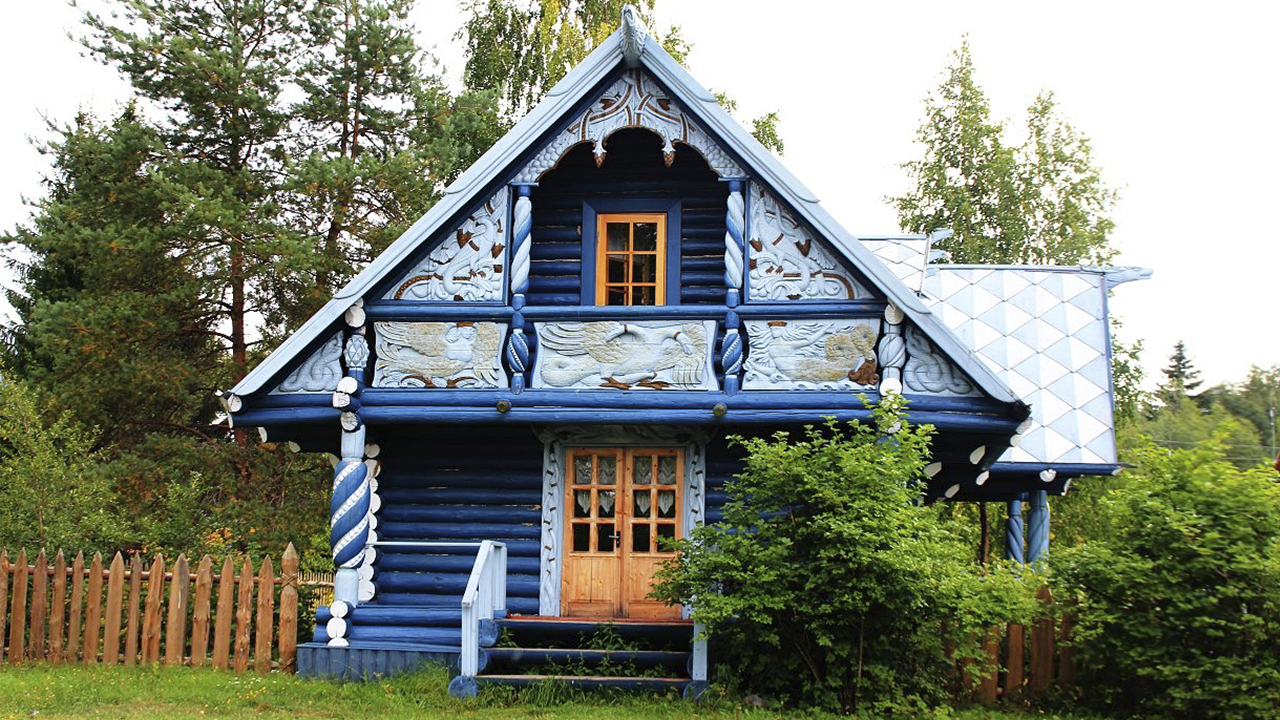 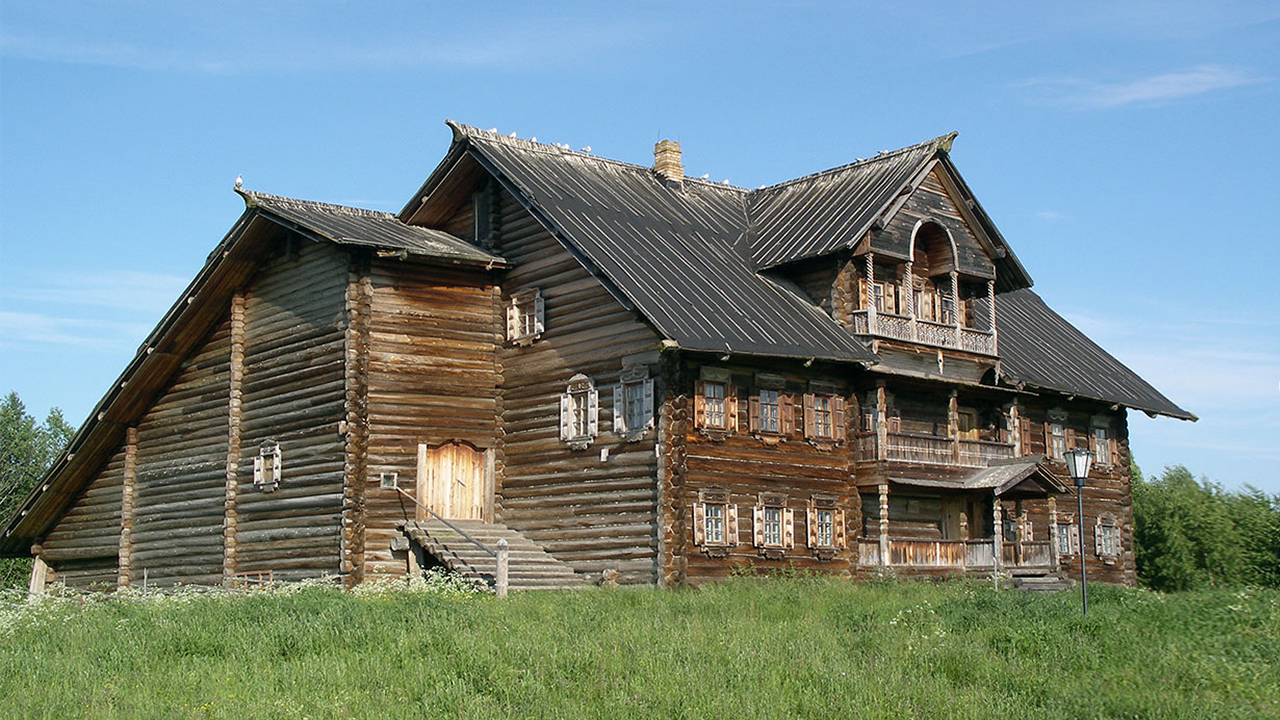 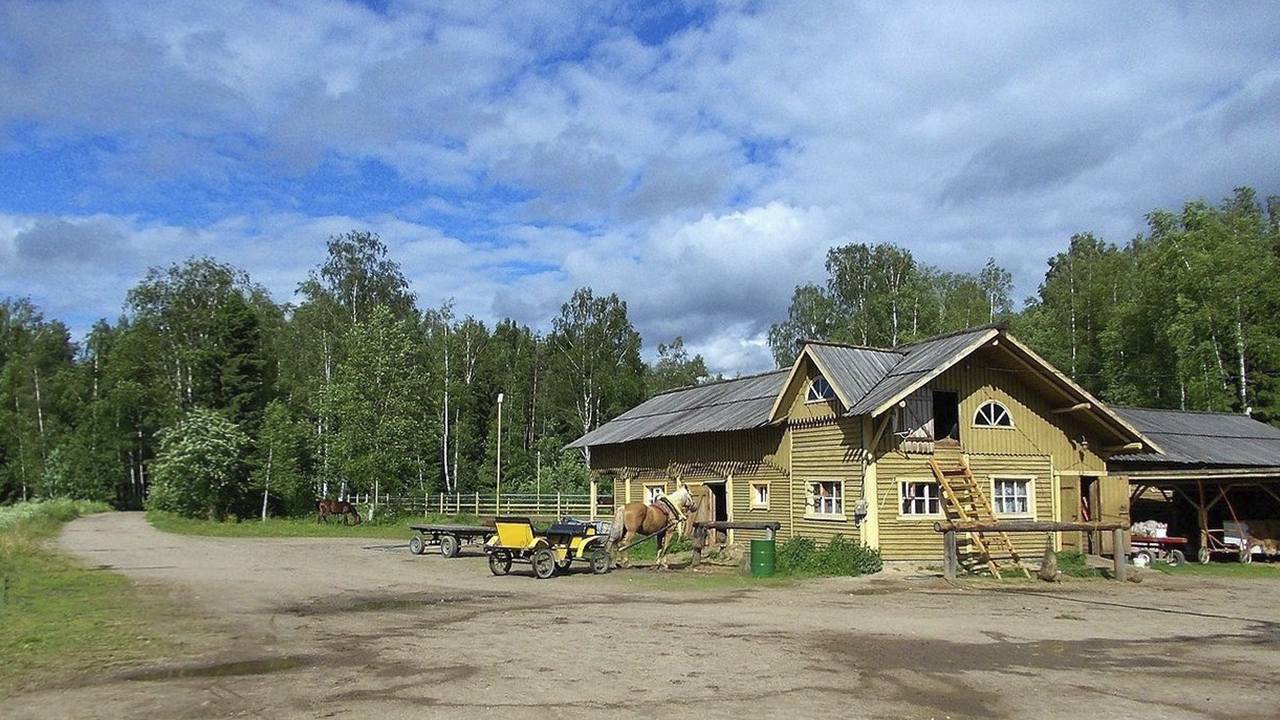 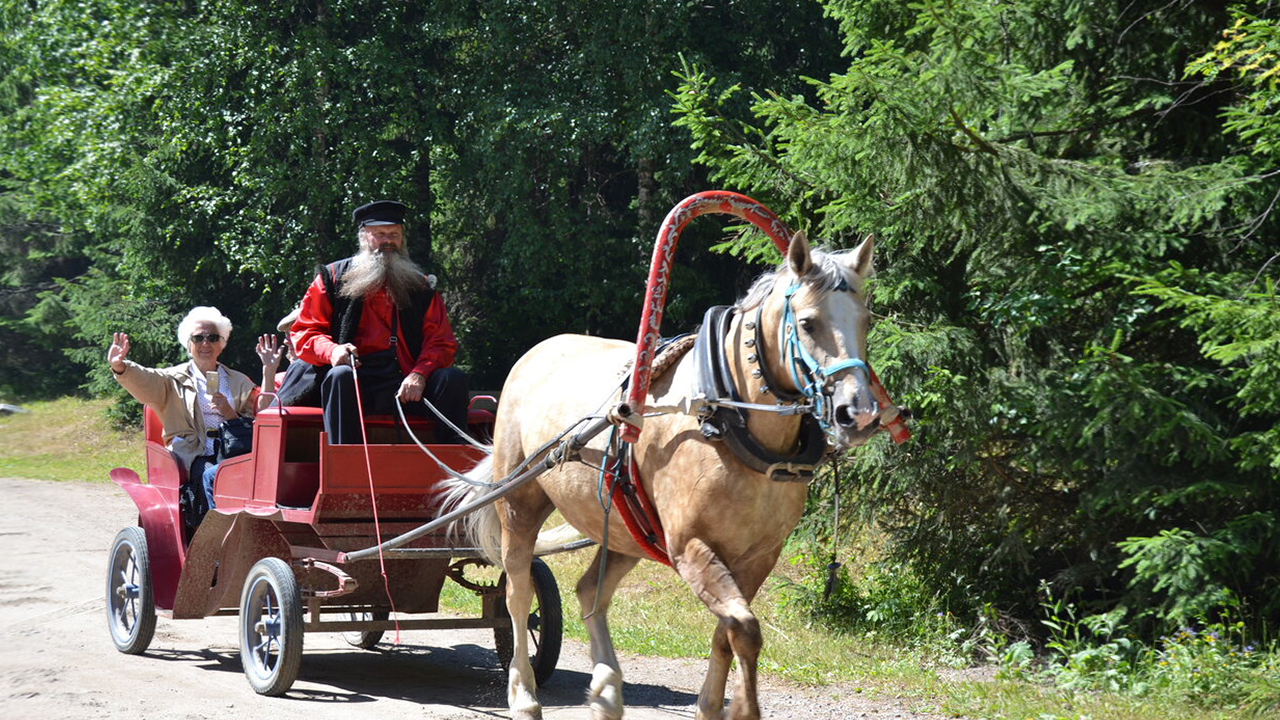 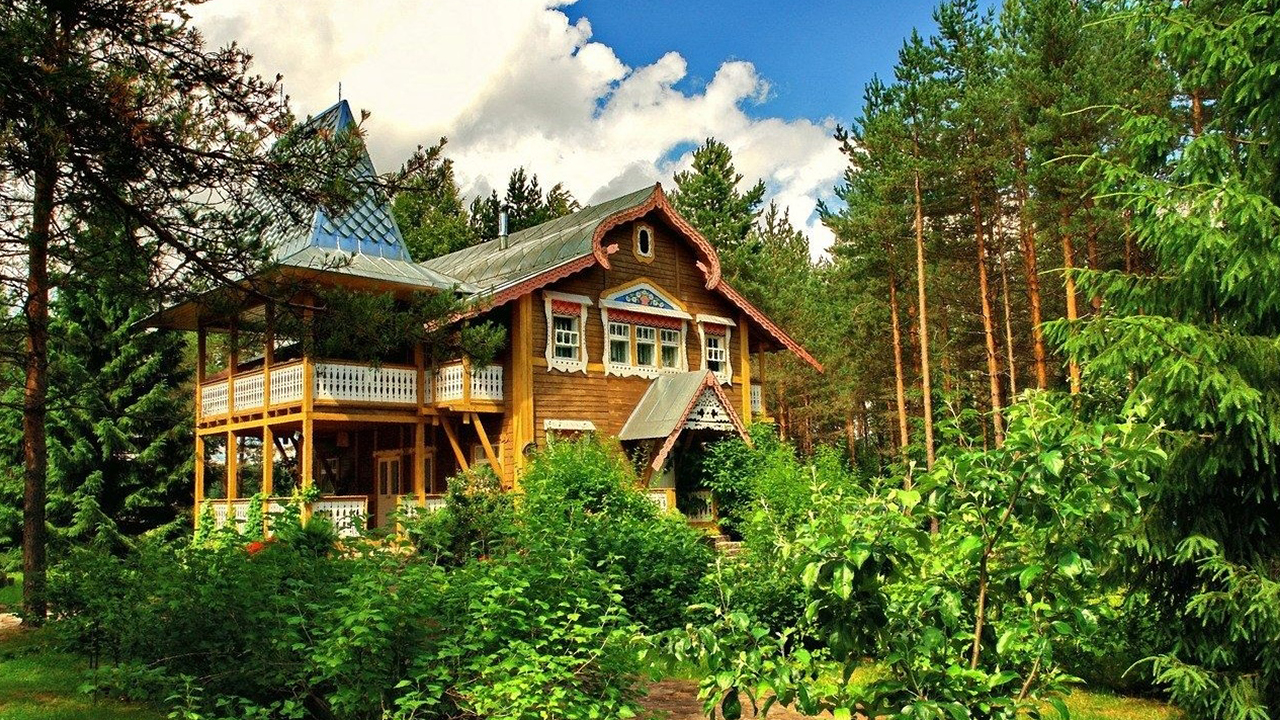 The north shore of Lake Ladoga contains many fascinating sights that have been around since Peter the Great moved the capital to the shores of the nearby Baltic Sea.

Mandrogi is a lovely village in Karelia, on the shores of the Svir River – a beautiful river running from Lake Ladoga to Lake Onega, right on the way from the Baltic to the Volga.

Once upon a time there was an old fishing village named Verkhnie Mandrogi, or “Upper Falls” in the language of the locals, 170 miles north-east of St. Petersburg.

The village was bombed out of existence during WWII and disappeared from maps for long years. The war left it a burnt ruin. More than half a century later it has been reconstructed, in dreamy, idealised, fairytale form, by Sergei Gutsait, a St Petersburg businessman and arts benefactor. A group of Russian investors bought the land and invited the best of the region’s woodworkers to use their creativity and traditional skills to restore the village to its former glory. First came a hotel, followed by hideaways for artists and, eventually, a village full of attractions.

Many houses from the region have been brought here, forming a true open-air museum of wooden architecture for tourists. The village is inhabited by about 50 people who work in the tourism industry performing traditional jobs and activities such as the production of typical handcrafts. With its brightly colored wooden houses, Mandrogi recreates the atmosphere of old rural Russia in its natural environment.

In recent years, there have been more additions. They include a small zoo, a working windmill, a school, a post office, a football pitch, an exhibition centre and an airstrip.

The most popular museum there is the Museum of Russian Vodka. It contains a collection of 2,800 different types of vodka brought from all across the Russian Federation, with displays educating the guest on the varying ways in which this drink is produced.

Nowadays, a hundred people live in Mandrogi, receiving tourists during all the seasons- Russian hunters during the winter and passengers of the river cruises, which connects the Volga to the Baltic, during the summer.