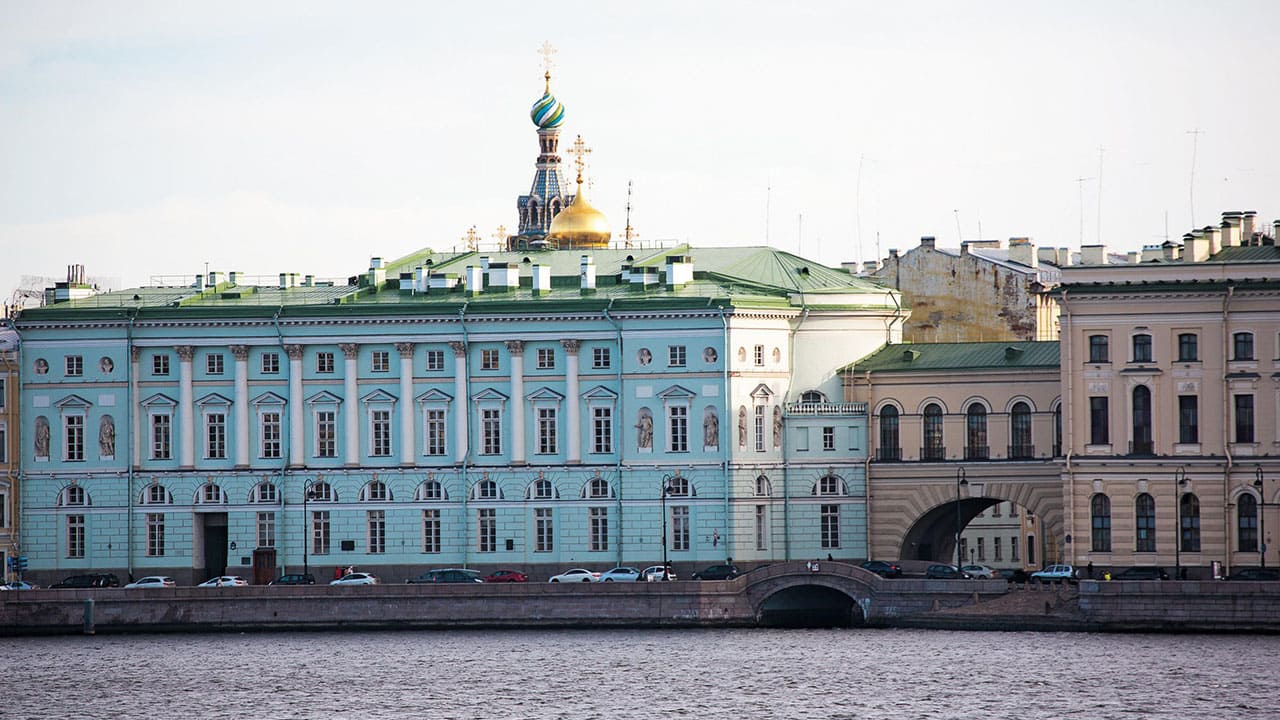 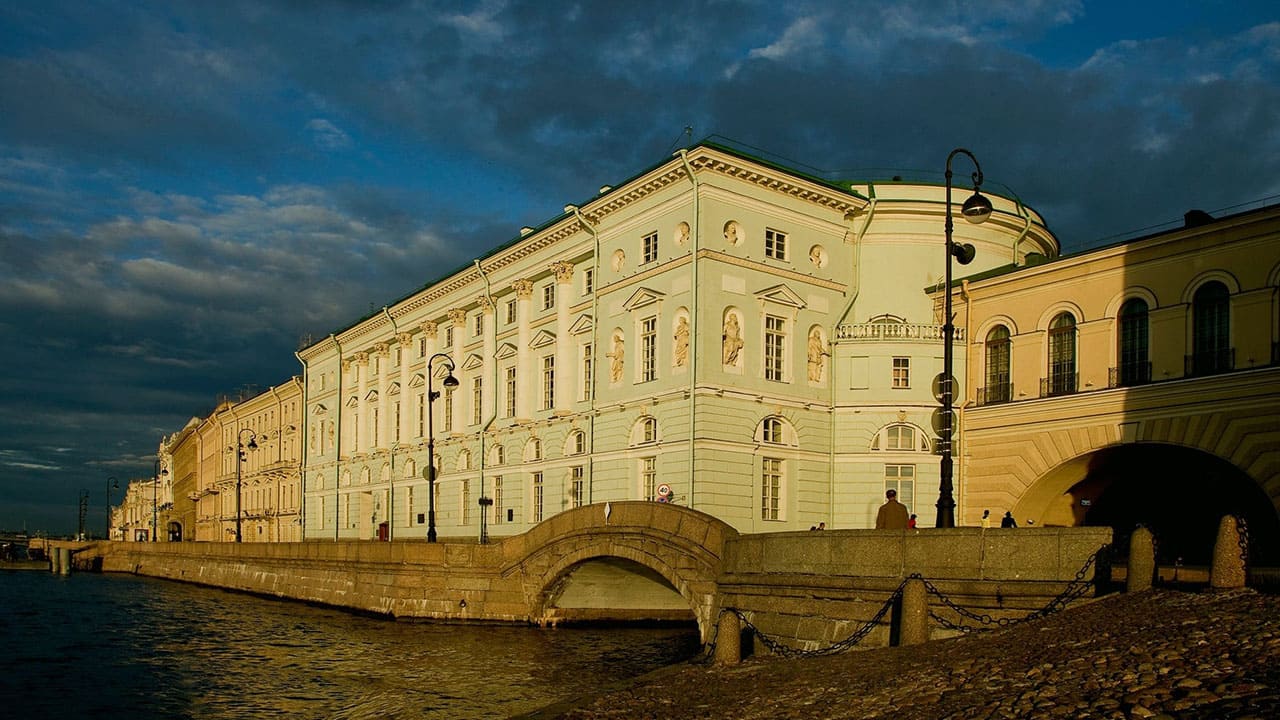 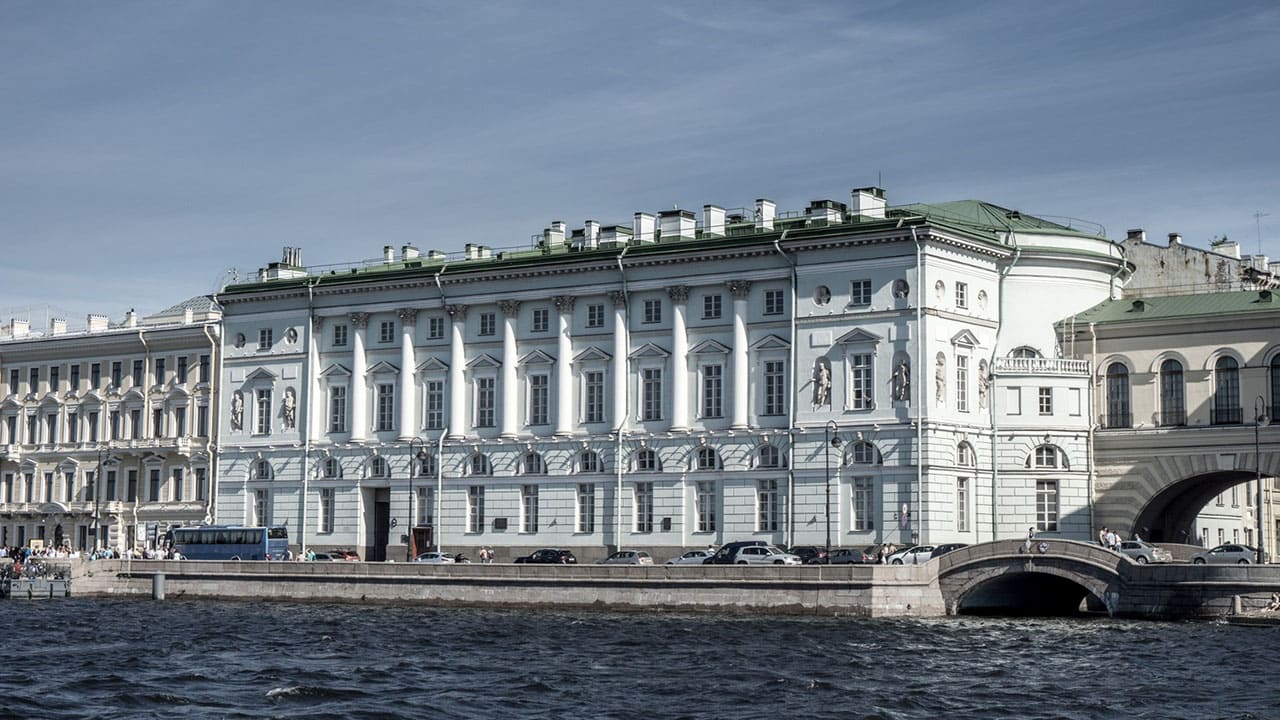 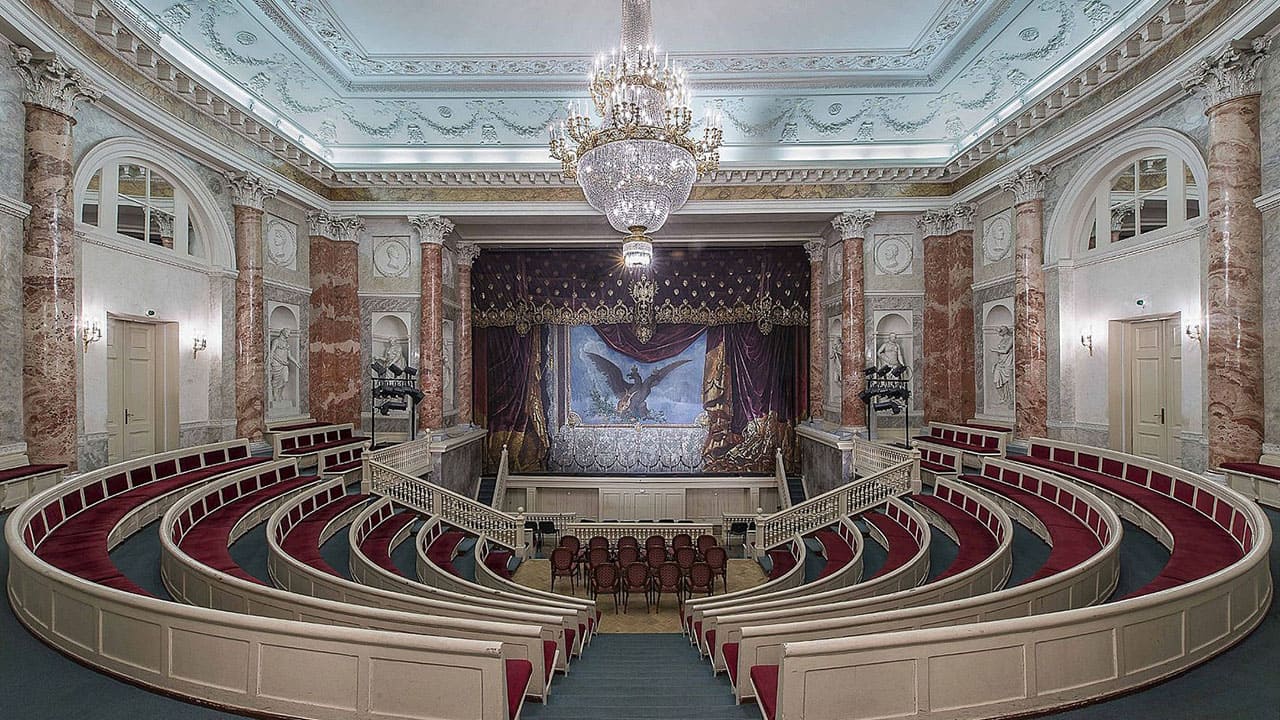 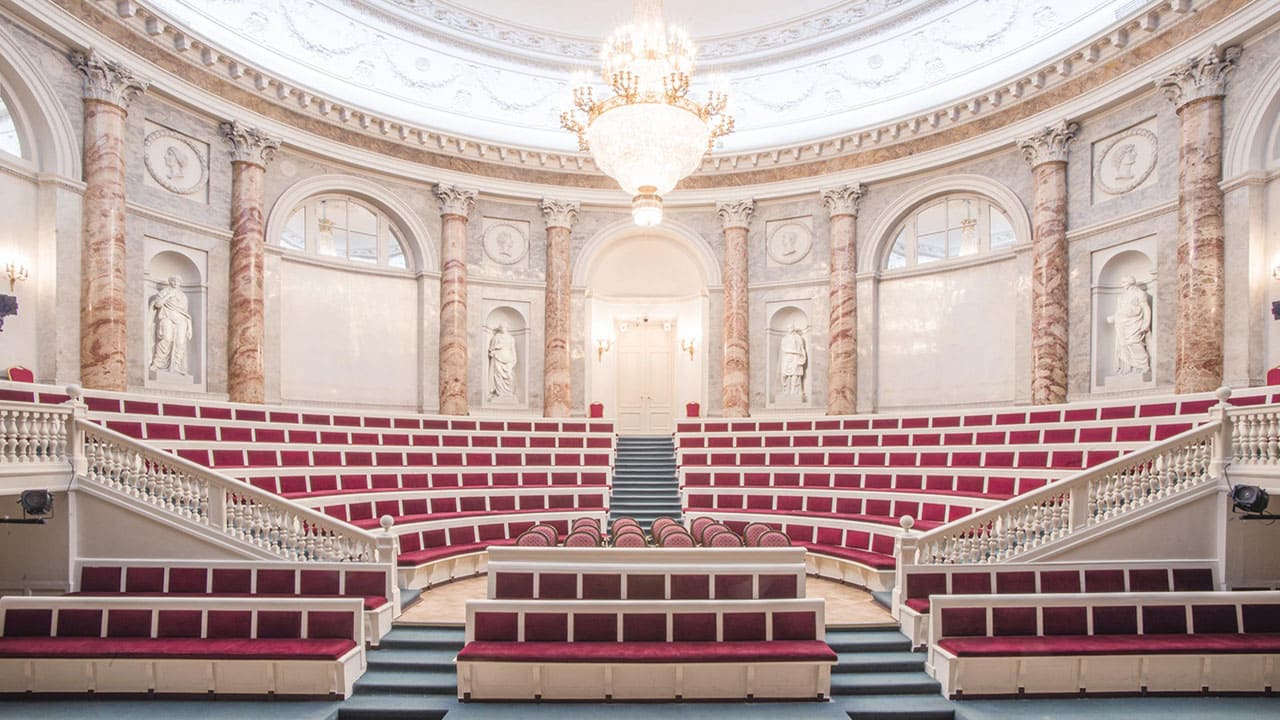 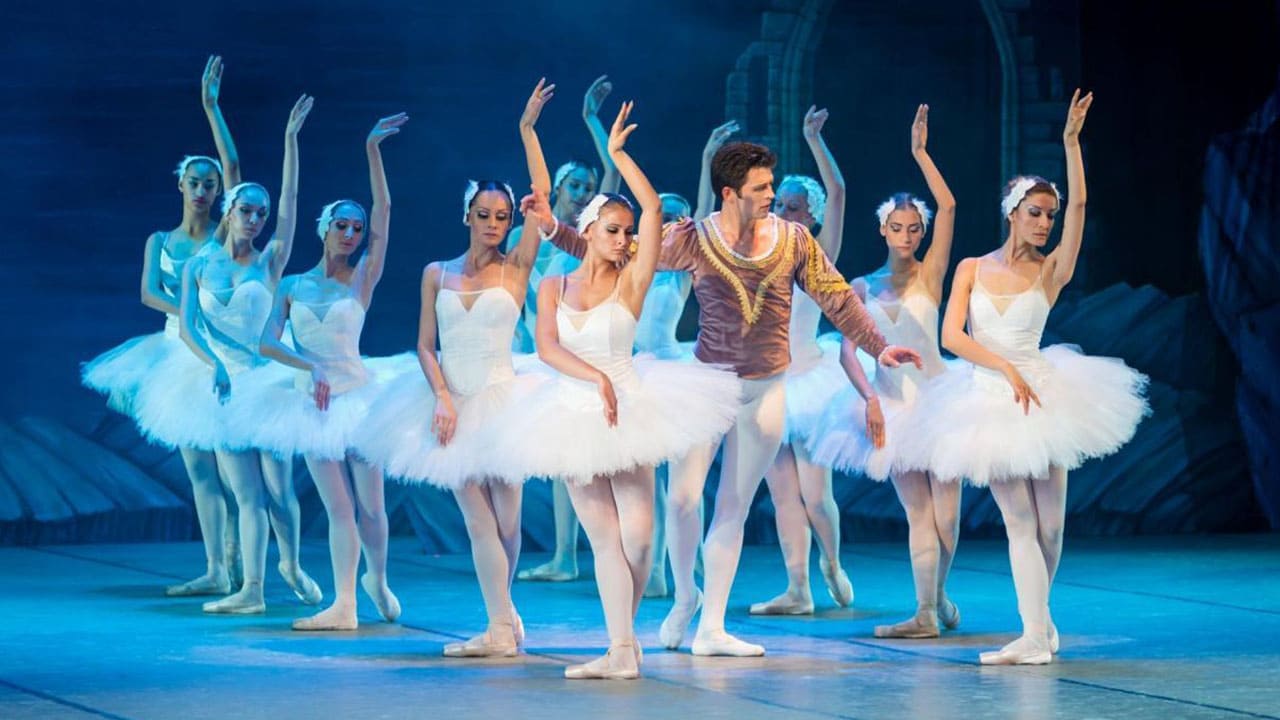 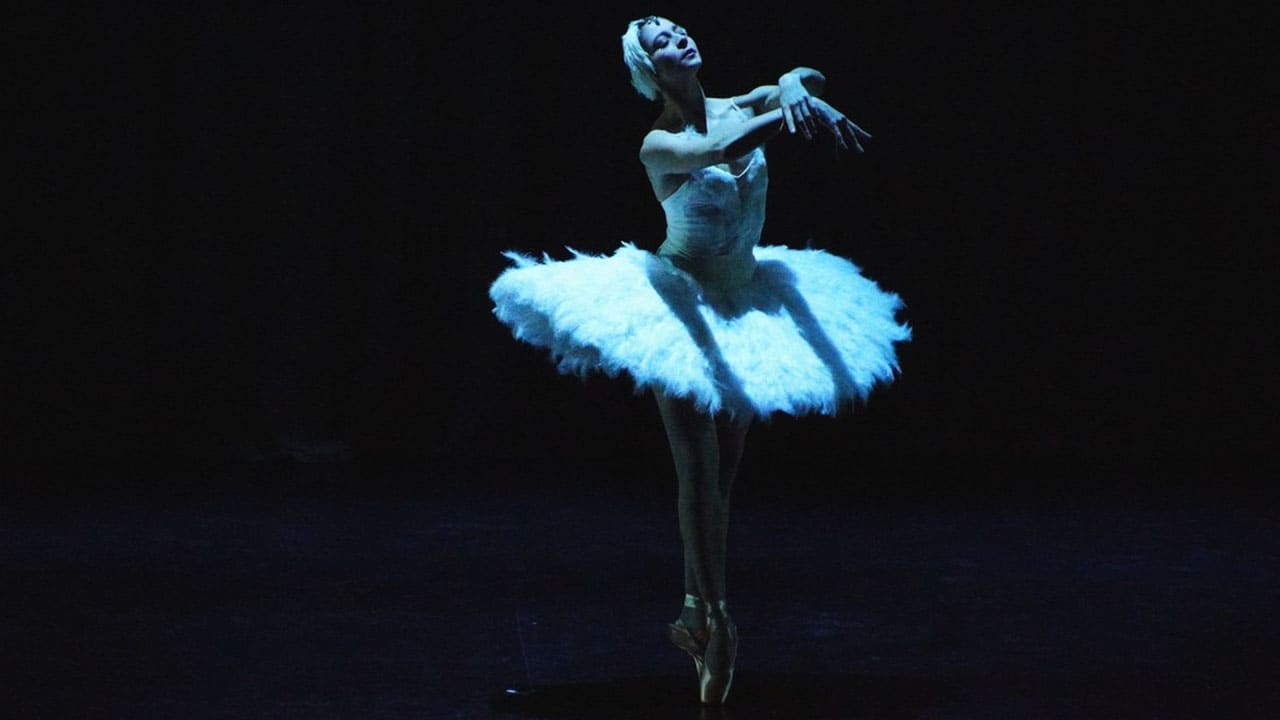 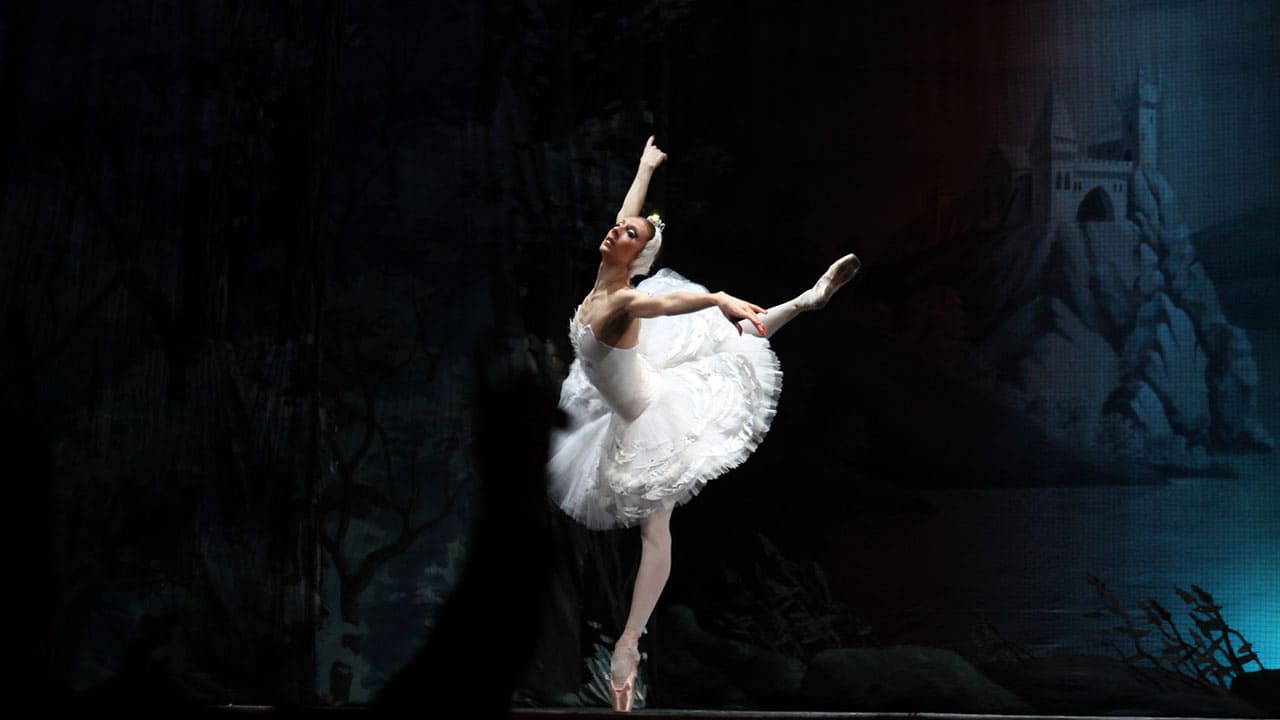 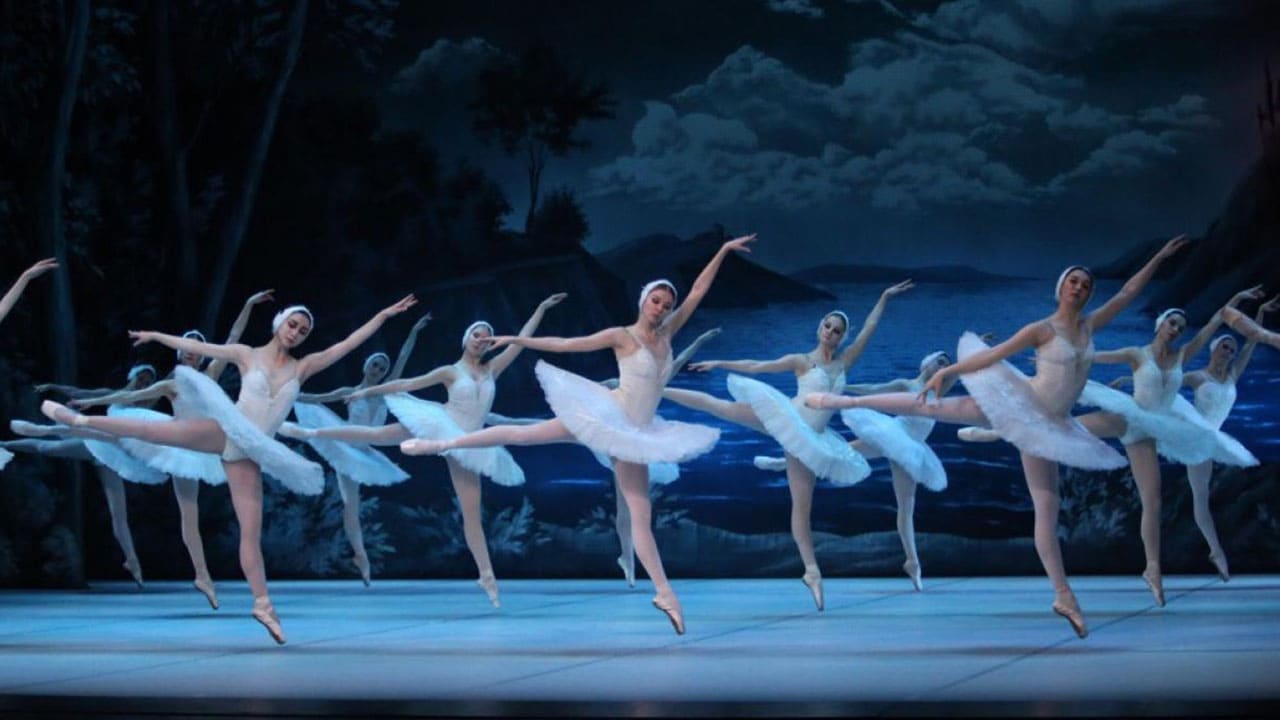 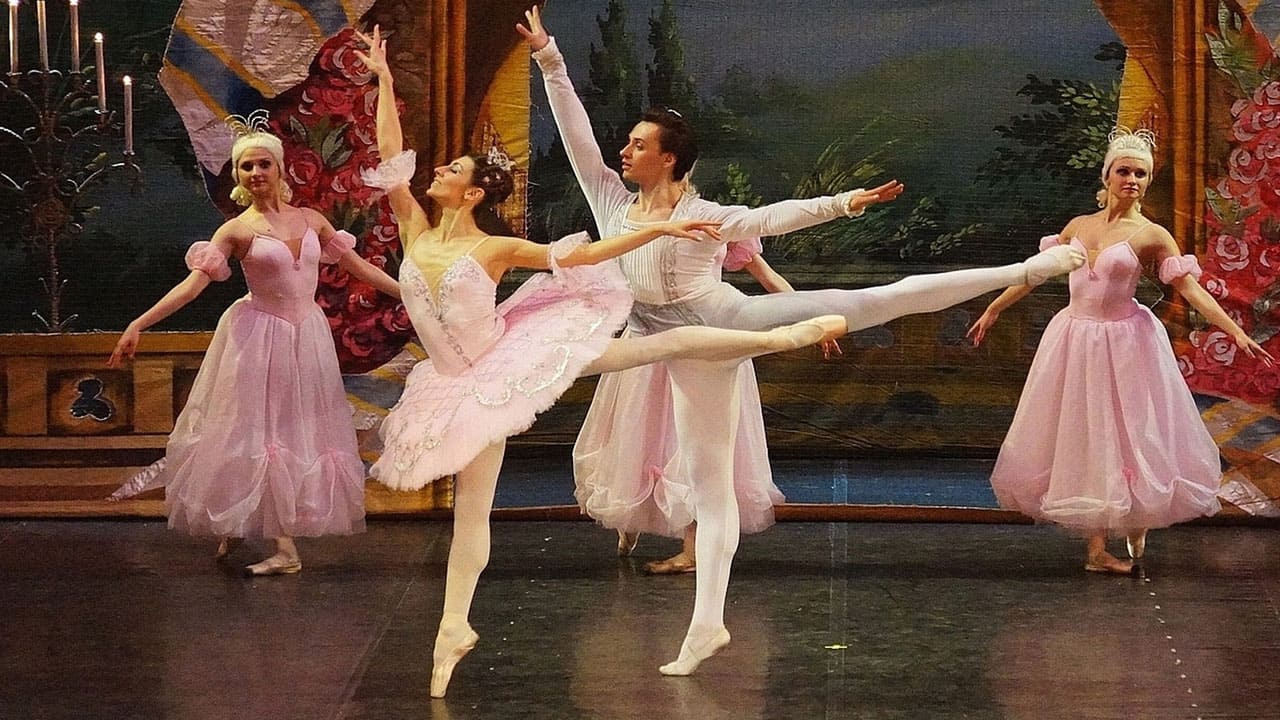 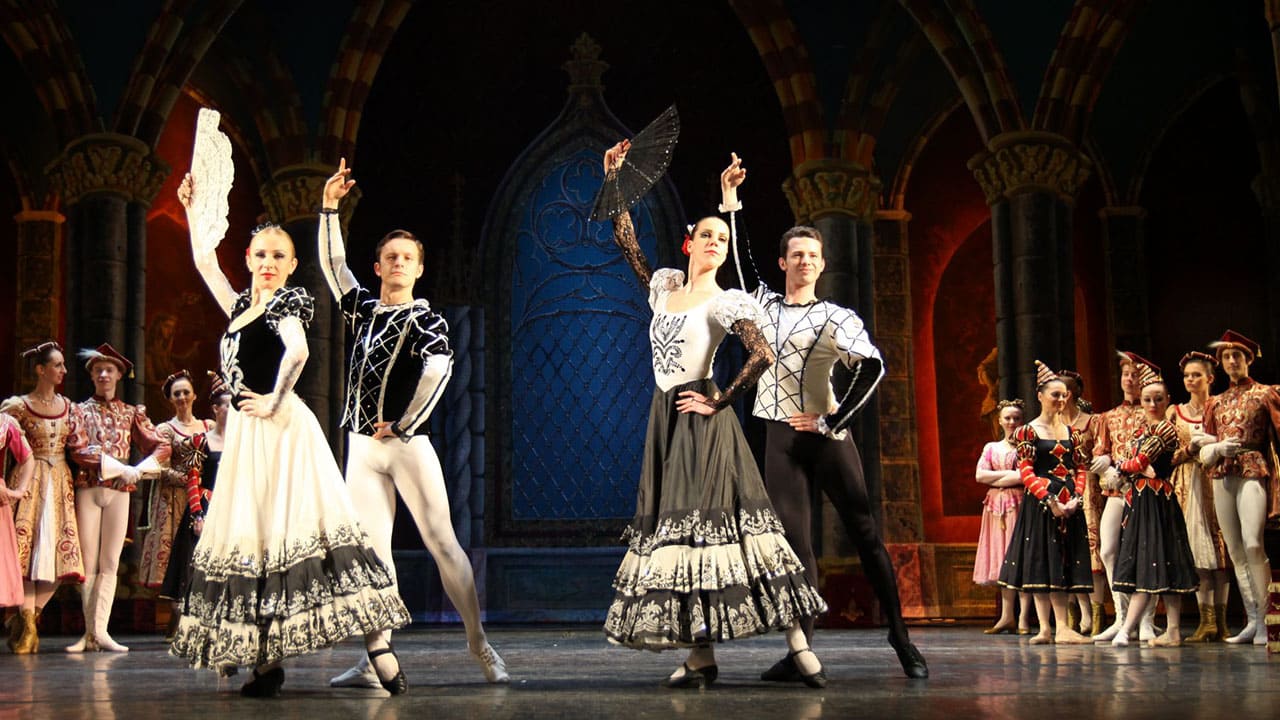 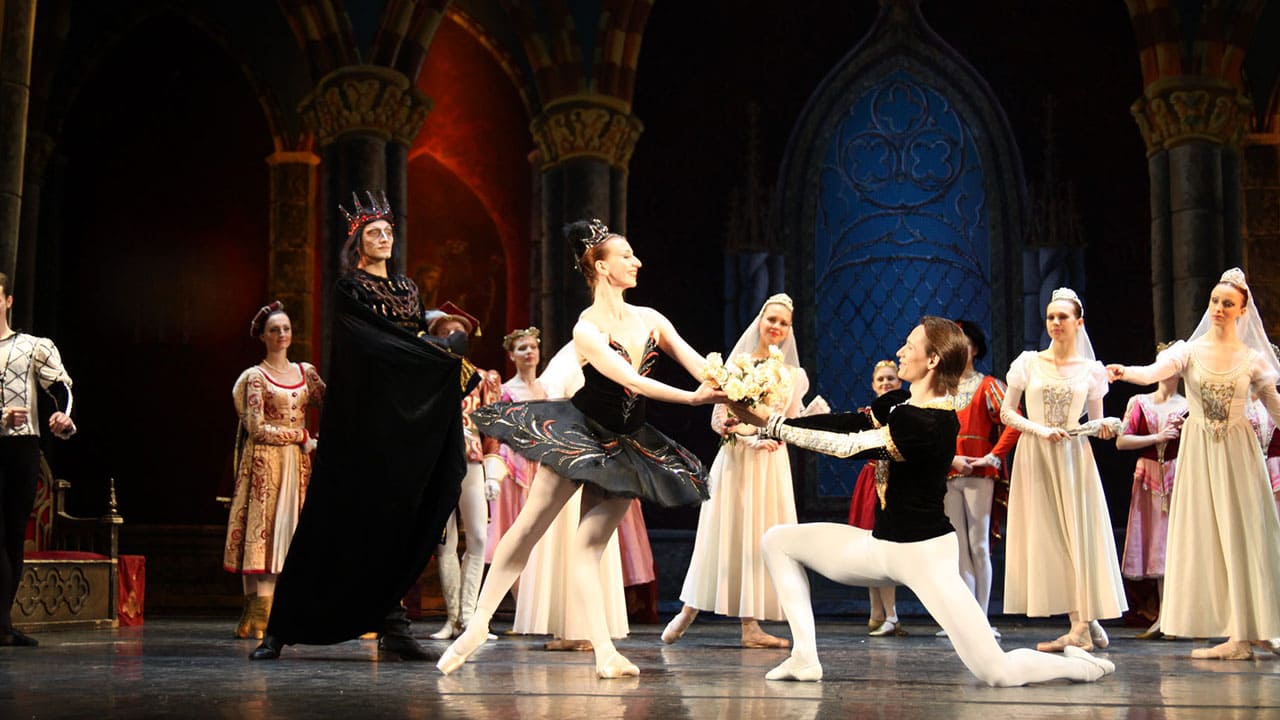 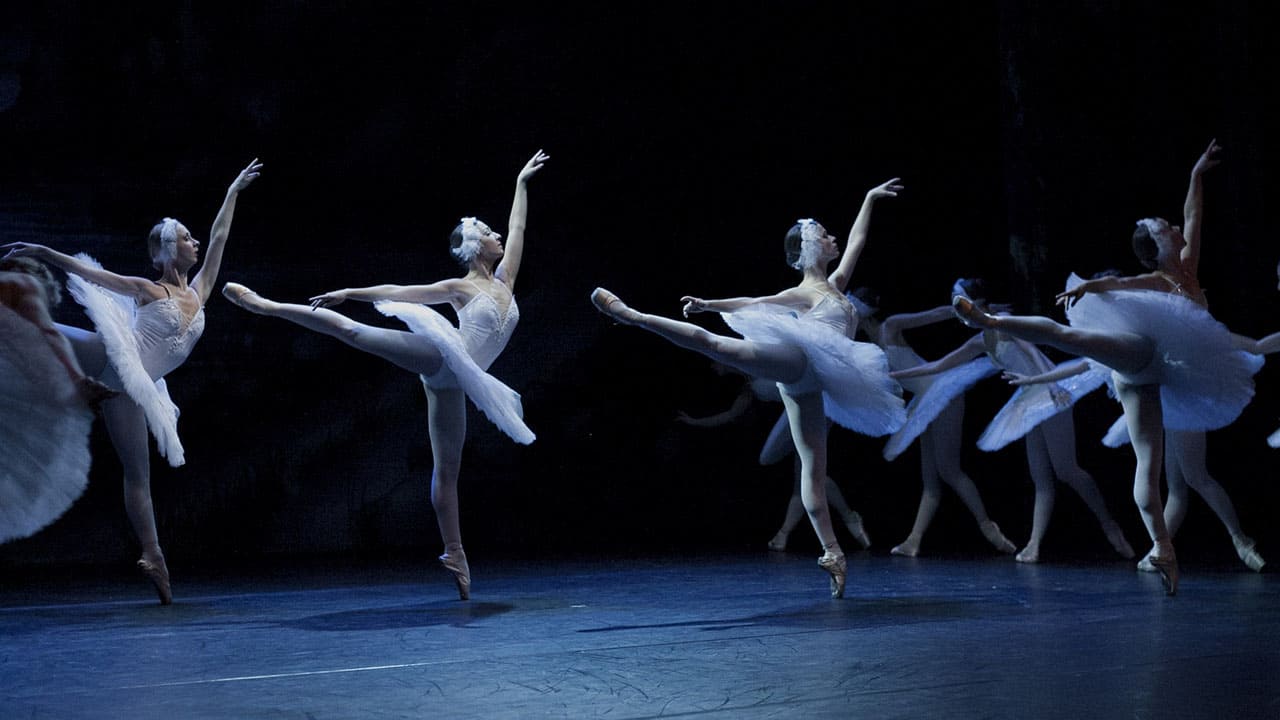 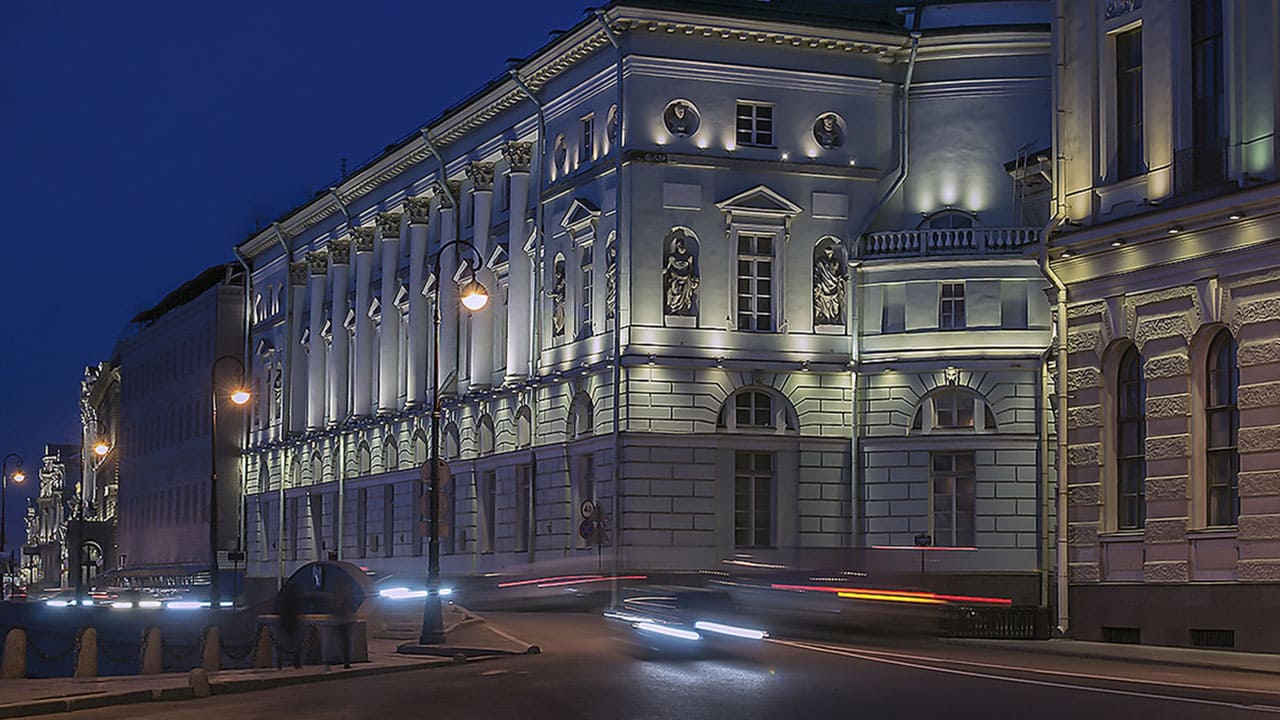 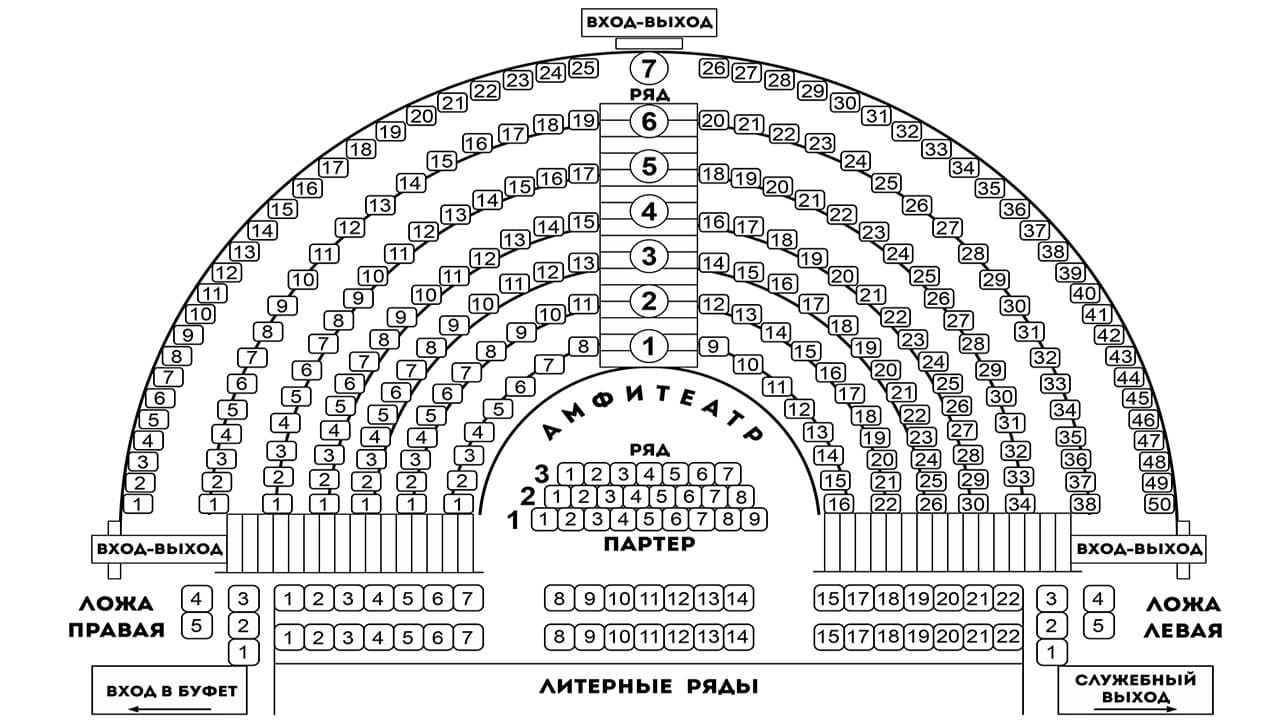 The Hermitage Theatre in Saint Petersburg, Russia is one of five Hermitage buildings lining the Palace Embankment of the Neva River.

Hermitage theatre is one of the oldest and most beautiful in Russia. It was built by the Italian architect G.Quarenghi in the times of the Empress Catherine the Great.
Ballet performances at the Imperial Hermitage theatre are important events in the theatrical life of St. Petersburg.
The stage of this theatre is distinguished by a special beauty, graceful decorations, and a unique historical tie to the Imperial past of the Hermitage that hosted performances attended by Catherine the Great. Today the best artists of St. Petersburg and all of Russia perform here.

The Hermitage Theatre is one of the buildings in the complex of the Hermitage museum. It was built on the site of the former Winter Palace of Peter I. The construction of the theatre is functionally independent of the main building and is connected to the basic court building by an arch. The building was constructed between 1711-1723. The theatre was built later in 1783-1785 during the reign of Catherine the Great. The architect was Giacomo Quarenghi, who built around 30 of the most beautiful buildings and structures in the city.

The decoration of the theatre and is unique and represents a classical masterpiece of palace architecture of the XVIII century.

The ceremonial opening of the theatre took place on 22 November 1785. Though the auditorium could seat no more than 250 spectators, it was often overcrowded. Usually, the performance would be attended by several dozen aristocratic spectators, all invited by the monarch herself. As a sign of gratitude, a separate loge was reserved for the architect Quarenghi and his family. In the 19th century, selected members of the diplomatic corps were admitted to the theatre as well.

Although the building was used to entertain the imperial family until the Russian Revolution, it came to be viewed as a rare monument to Catherine’s personal tastes and affections. The empress brought out several comedies specifically to be staged in this theatre, which also saw the premieres of Domenico Cimarosa’s operas composed to her own librettos. As for the costumes, they were chosen from a 15,000-dress personal wardrobe of the late Empress Elizabeth.

Mathilde Kschessinska, Anna Pavlova, and Fyodor Chaliapin were among the great artists who performed at the Hermitage Theatre for the last Russian tsar. Among the ballets performed there was the premiere of Marius Petipa’s Harlequinade, in 1900. The Bolsheviks closed the theatre and utilised the building for administrative purposes. It was not until 1991 that performances were resumed on this stage, with the likes of Svyatoslav Richter, Mstislav Rostropovich and Yelena Obraztsova appearing as guest stars.

Today the hall of the Hermitage theatre and all its premises are completely reconstructed. The decor of the hall, lines of armchairs, ceiling, illumination and acoustics are restored exactly as it used to be. Modern scenic equipment, sound amplifiers and light installations with computer usage, and a perfectly gracefully weaved curtain make this unique gem so beautiful it must be seen. The Hermitage theatre is the largest pearl in the necklace of treasures of the Hermitage.