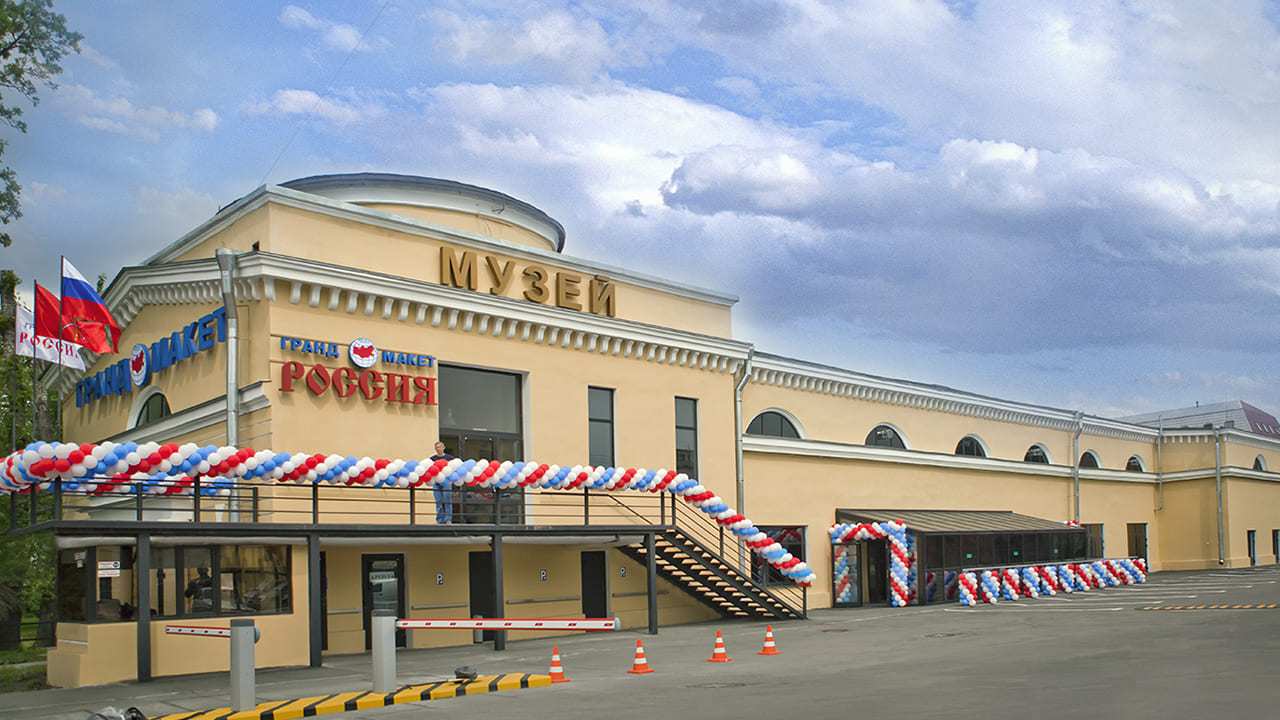 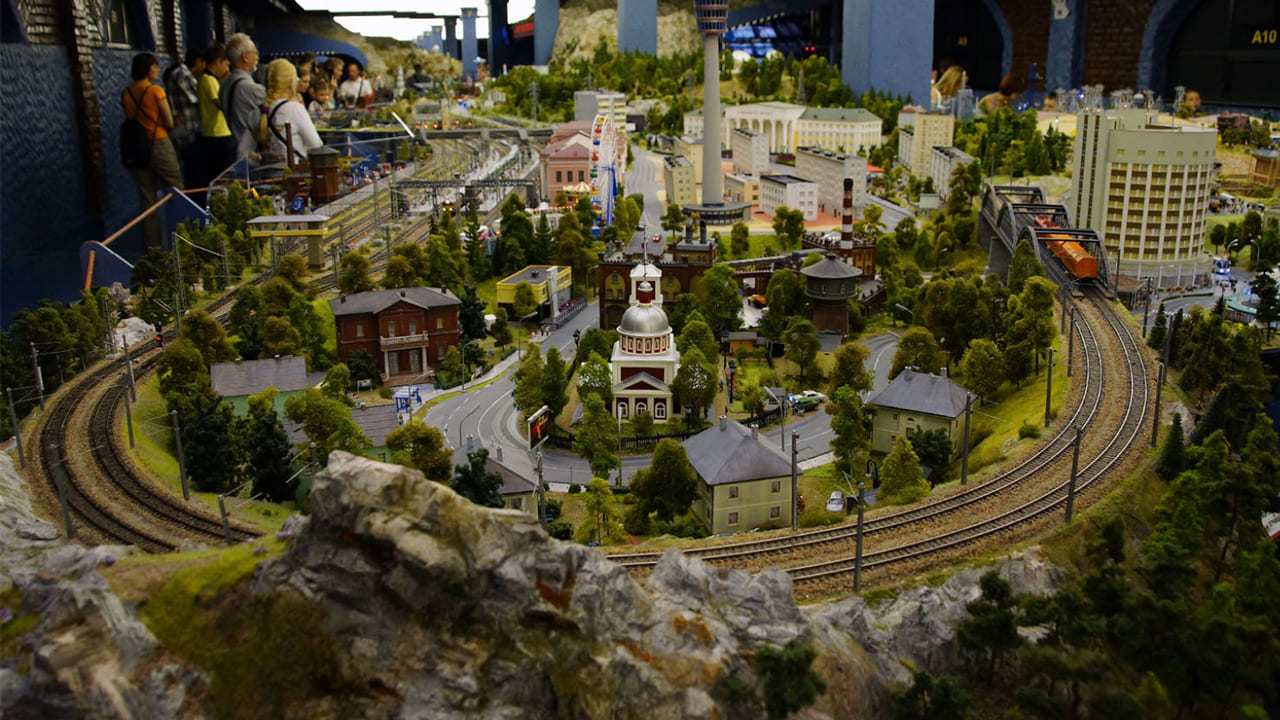 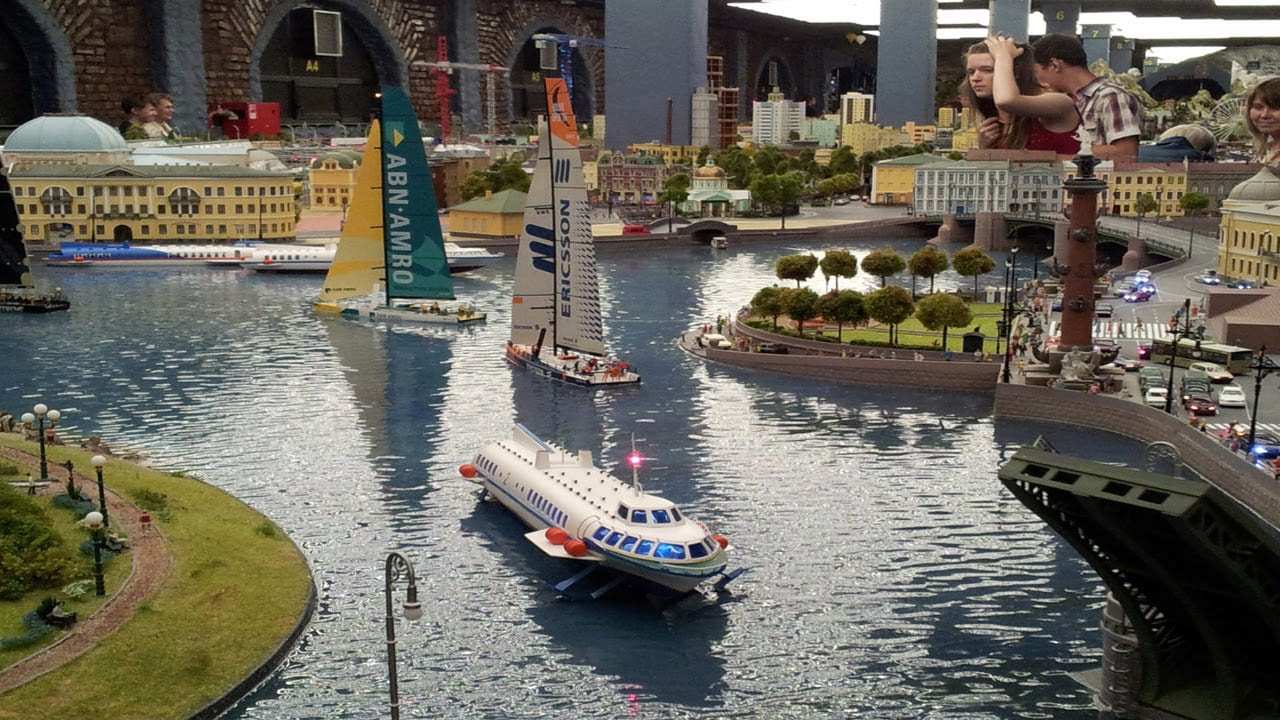 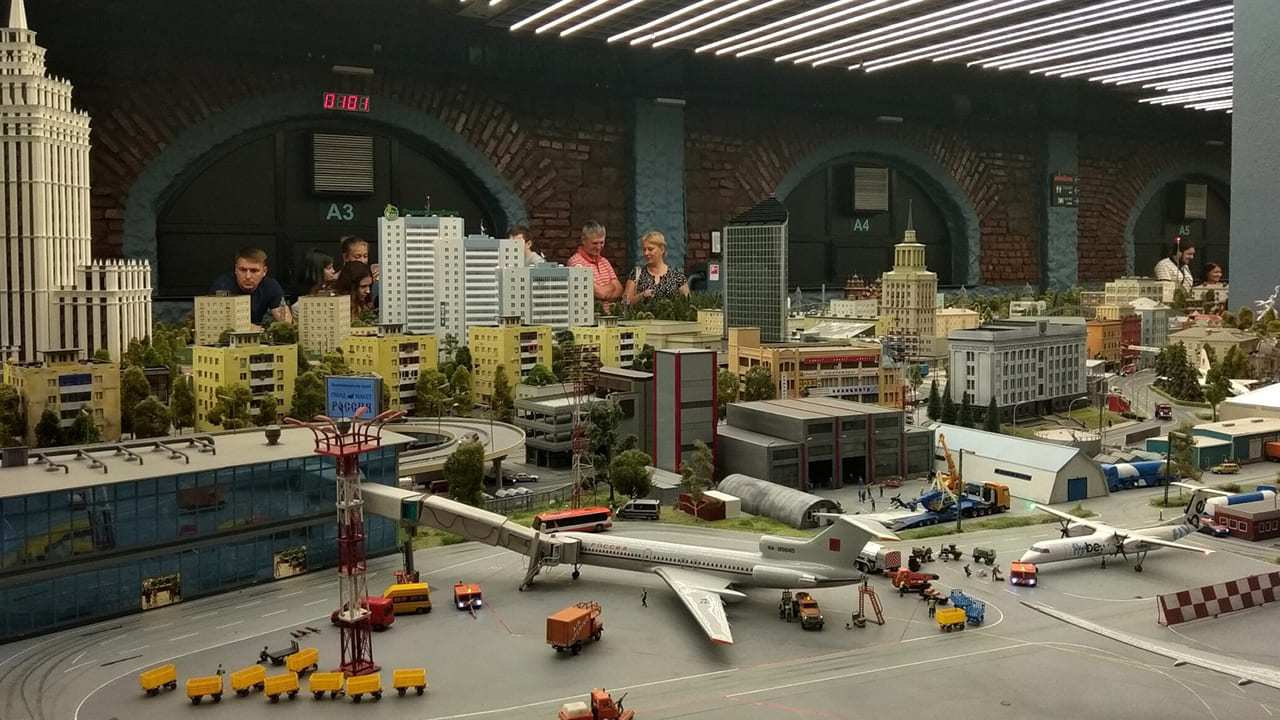 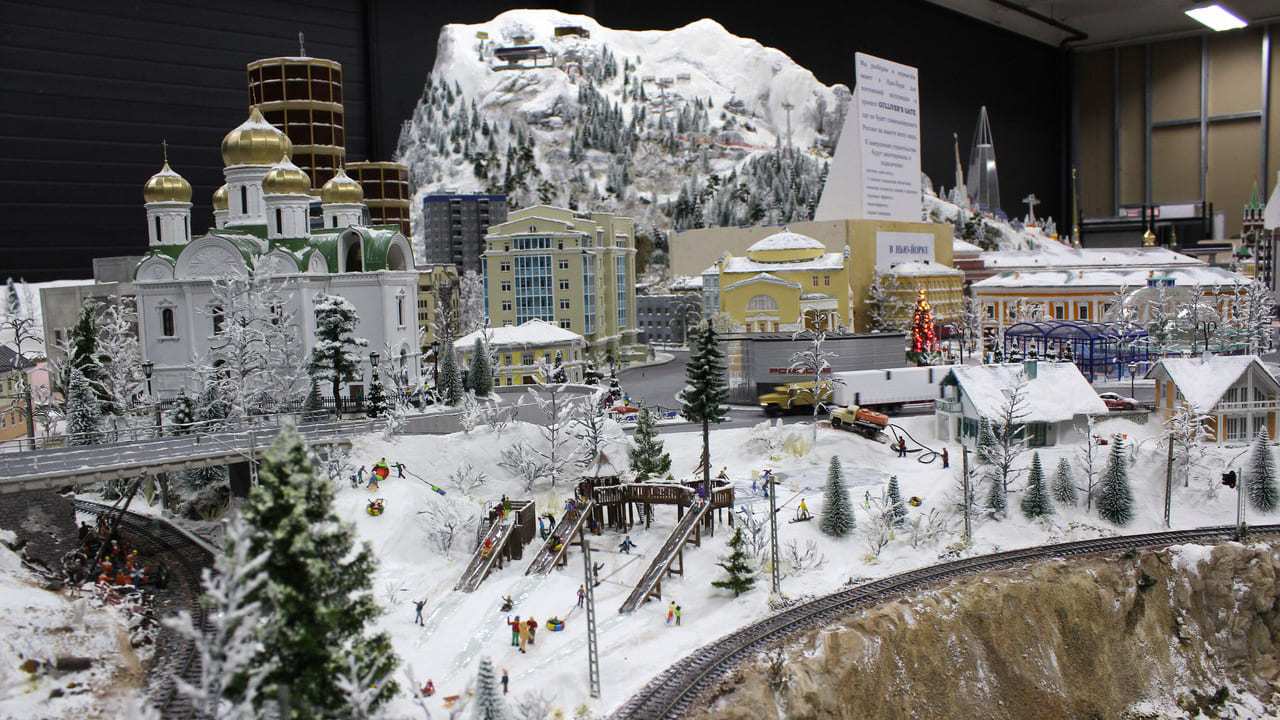 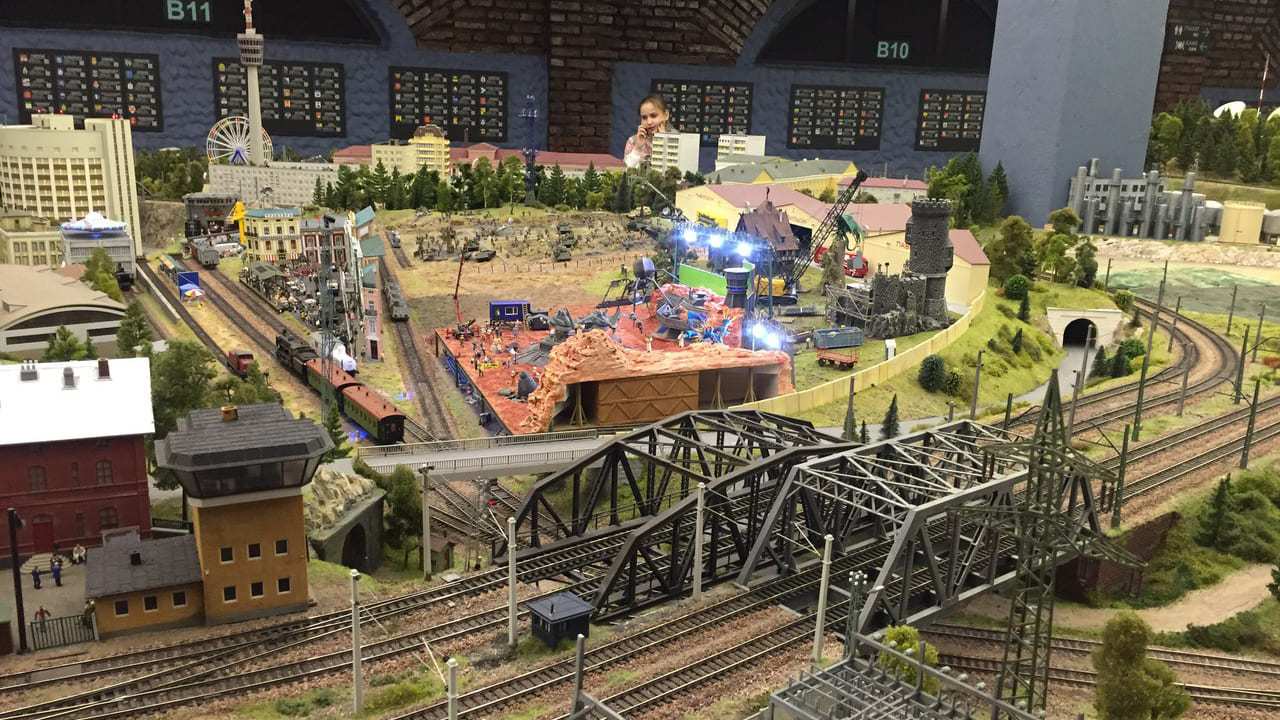 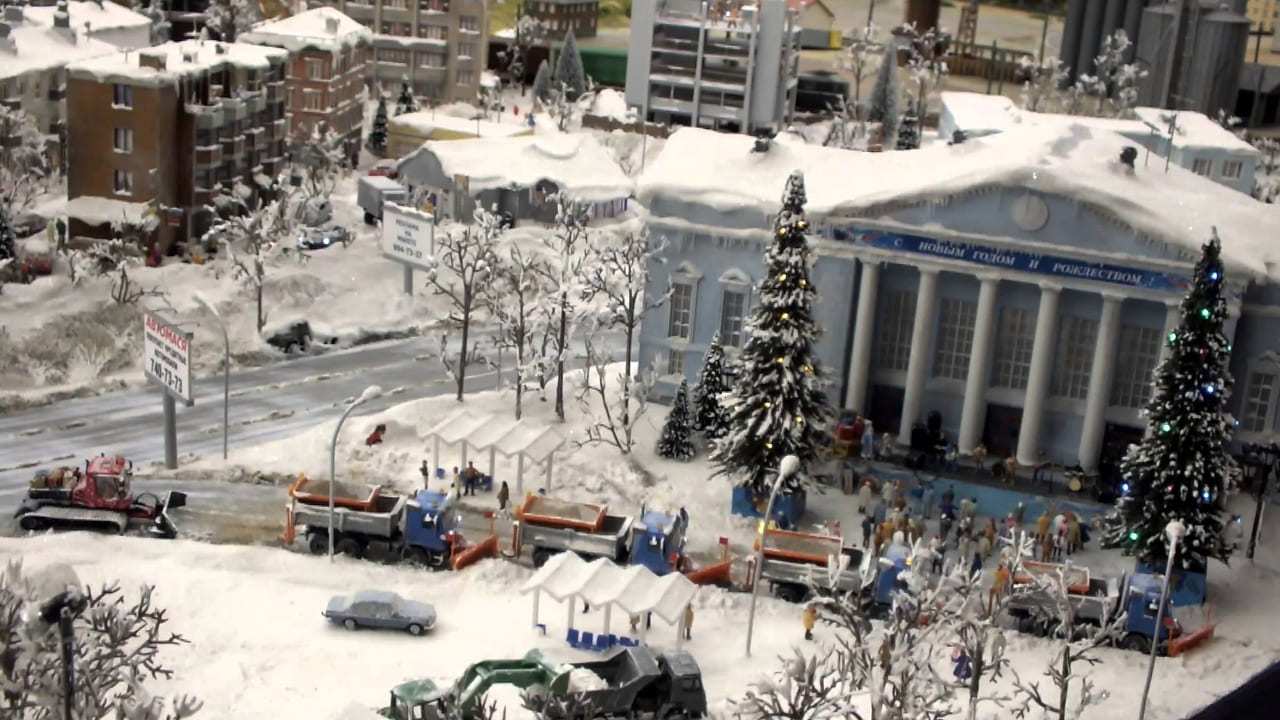 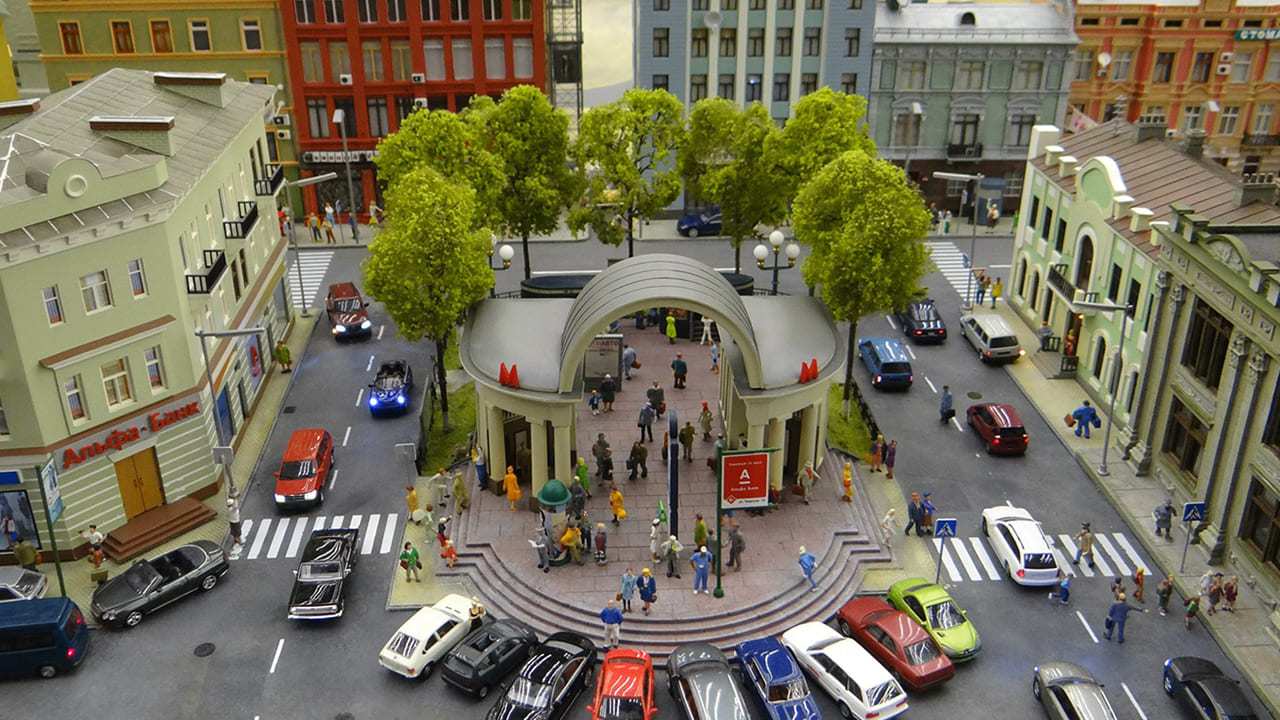 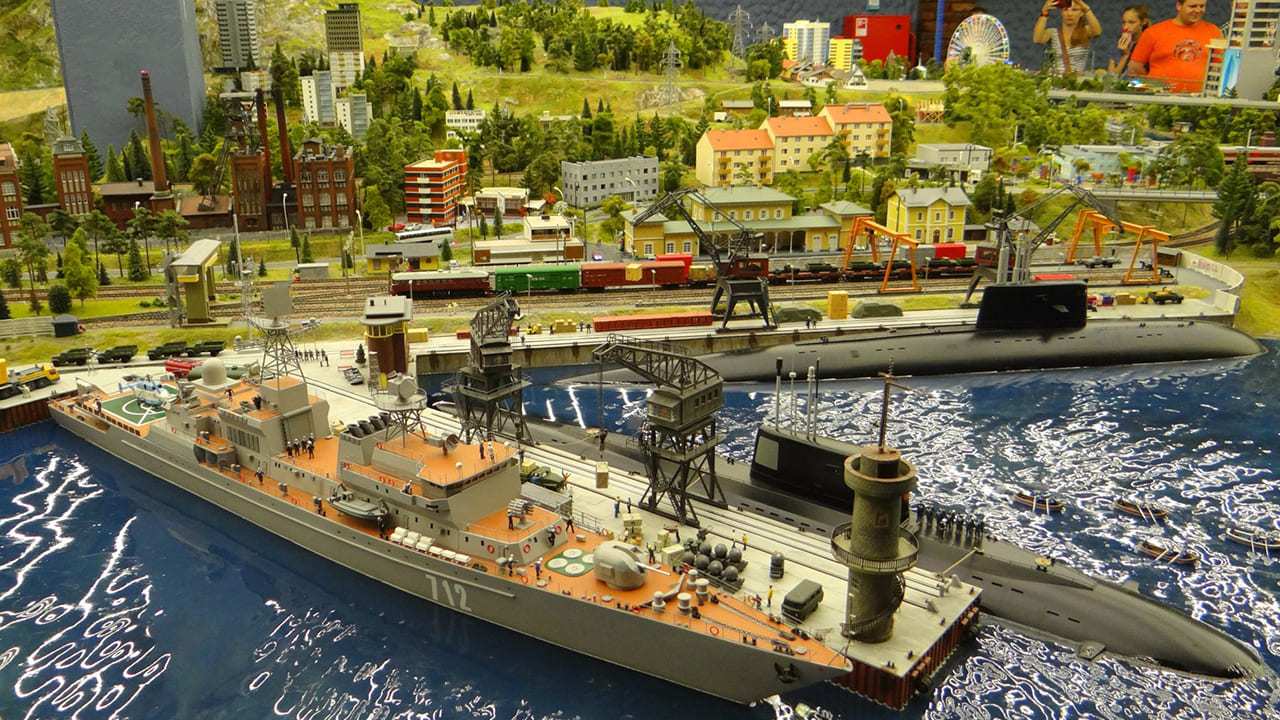 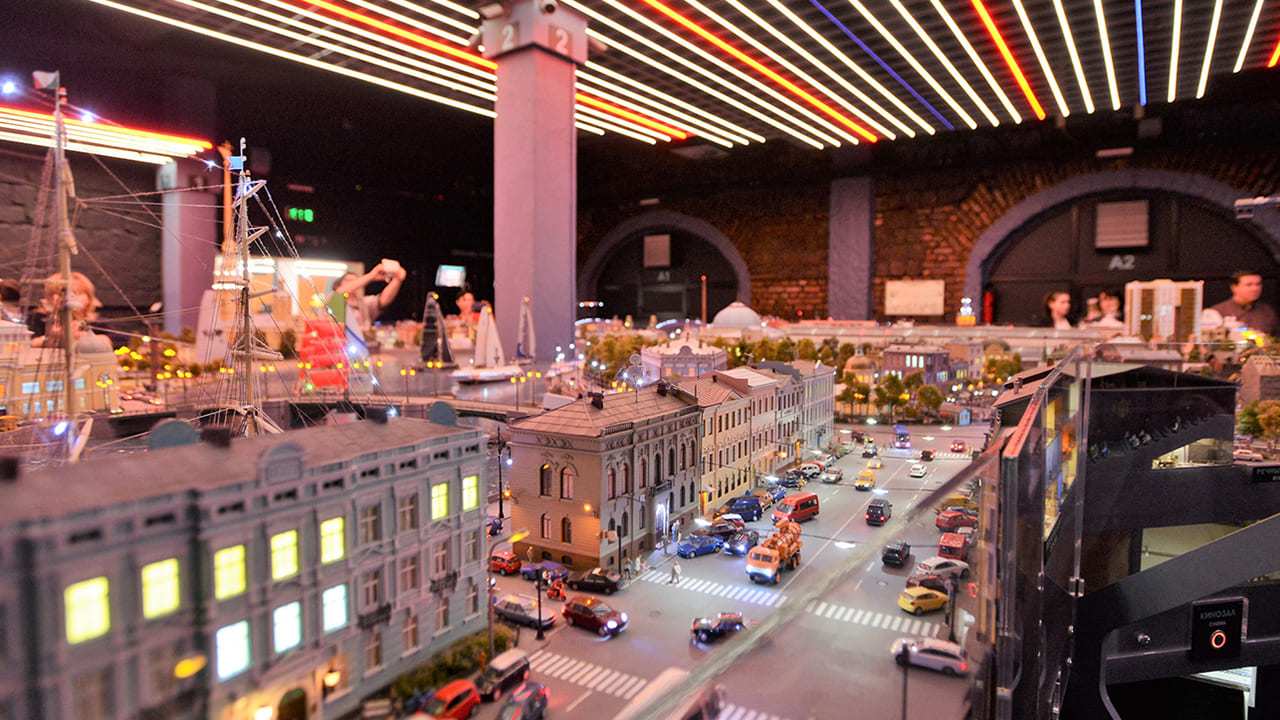 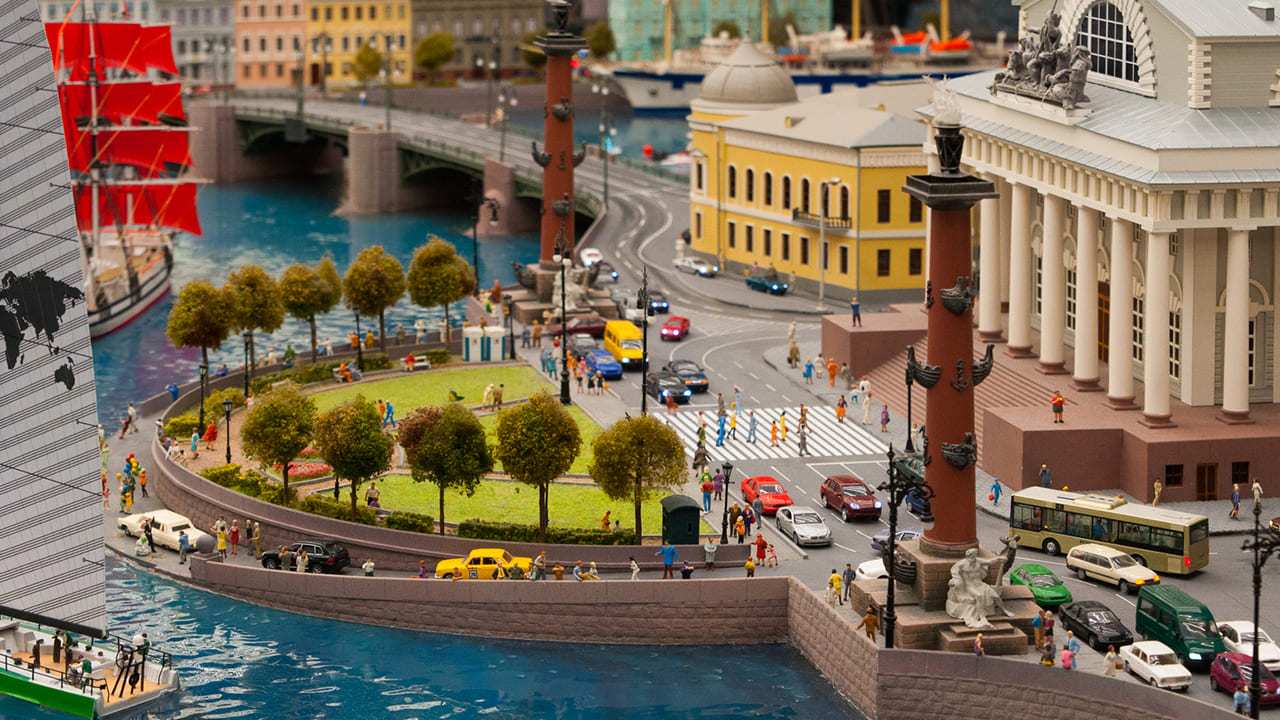 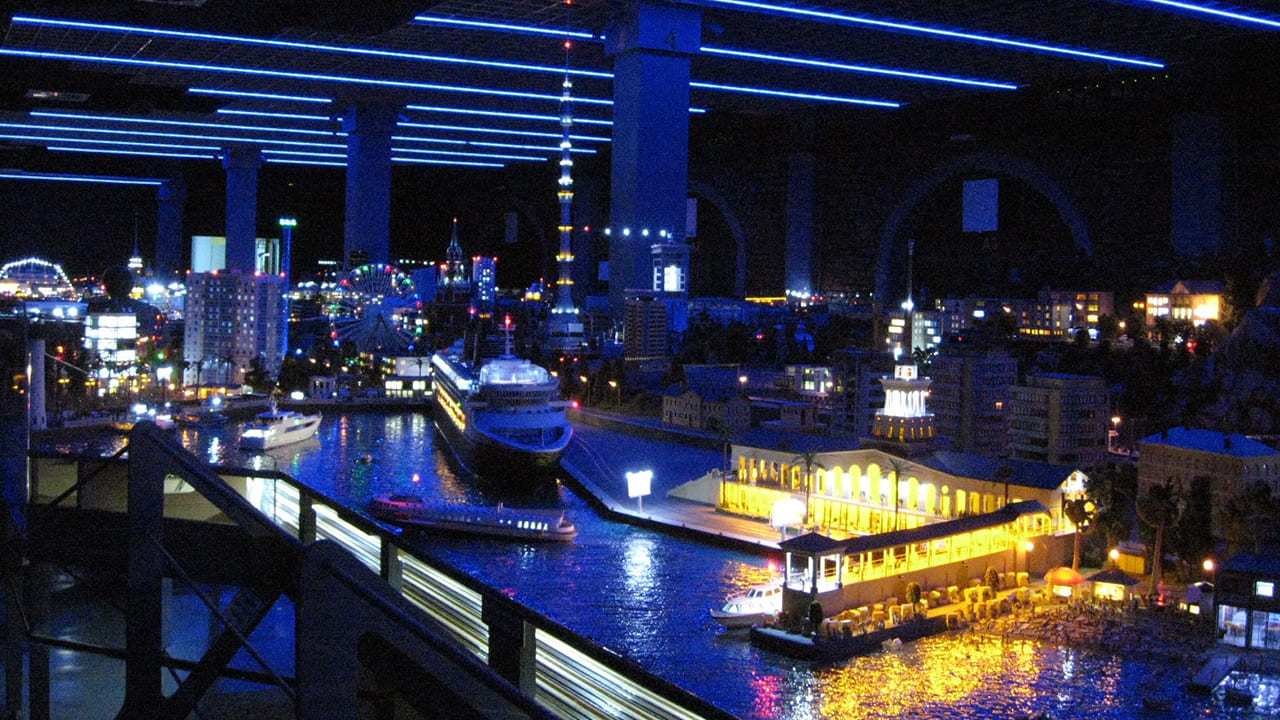 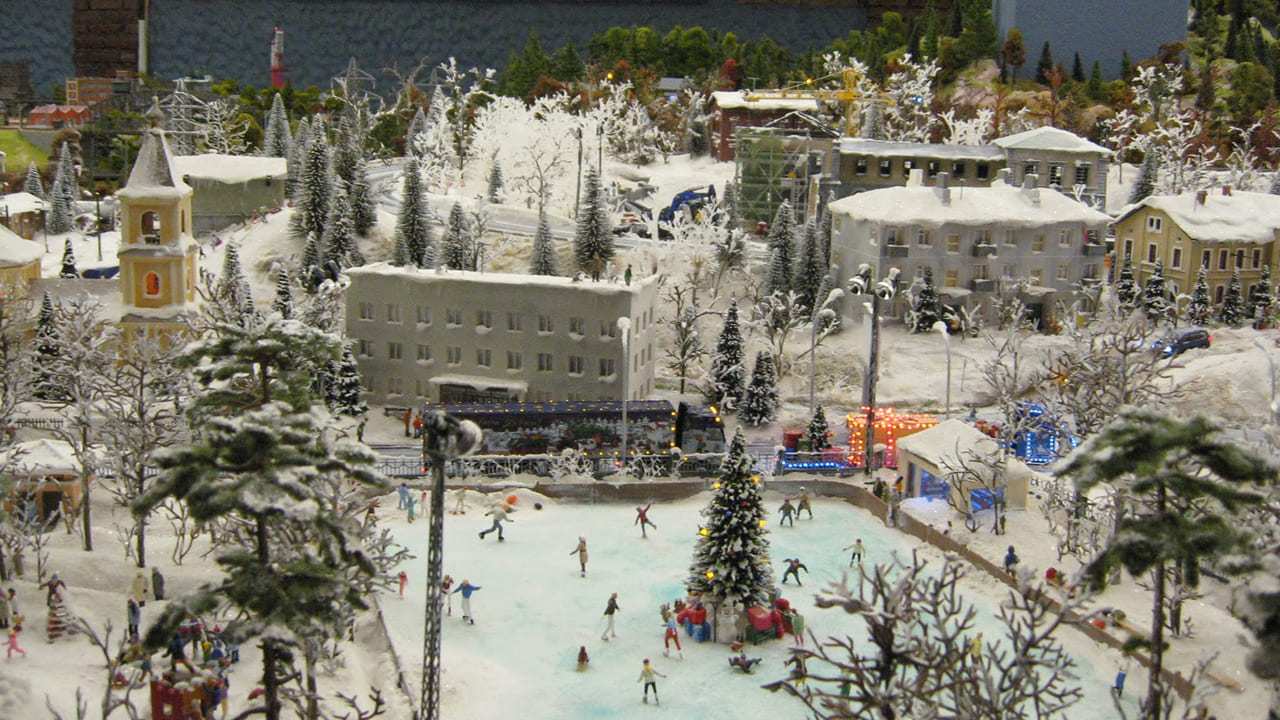 Dear Guests, we will be very pleased to arrange you tour to the second best model layout – Grand Maket Rossiya. Grand Maket Rossiya – is a private museum in Saint Petersburg, Russia. It is a model layout designed on a scale of 1:87 (HO scale) and covers an area of 800 m2 (8,600 sq ft). In this area, you’ll see collective images of regions of the Russian Federation. It is the largest model layout in Russia and the second largest in the world (after the Miniatur Wunderland in Hamburg, Germany). The model is located in a two-story building built in 1953, in the style of Stalin’s empire. The creator of the project is a Saint Petersburg businessman Sergey Morozov.

Grand Maket Rossiya is extraordinary due to the story of its construction. The model took five years to build and employed over one hundred people. First, a wooden frame to be used under the model was made. Then the foundations for the roads and railroads were made. Later, the model wooden ribs were installed and a layer of plaster was cast to create the desired shape of the landscape. They used 11 tons of plaster! The design of the surface took one specialist about a month per square meter.

The model presents an image of everyday life in Russia. You’ll see everyday situations representing different human activities. For example: work, leisure time activities, sports, studying, military service, country life, travel, mass celebrations and even an attempt to escape from prison. Ground transportation is represented by various kinds of cars and trucks, trams, buses, trains, and agricultural, construction and military equipment. During our tour you’ll have an opportunity to set things in motion on the model by pushing interactive buttons placed around the layout.

The most interesting is that every 13 minutes the lighting of the model is changed as day turns gradually into night. The night lighting lasts for 2 minutes. More than 800 000 LED lights in different colours were used to illuminate the model without creating shadows.

The movement of the cars in the model is realistic. The cars and buses stop at traffic lights, bus stops and flashing signals, and they change speeds and bypass each other. The electrical energy for the automobiles is obtained remotely from underneath the model, so the cars themselves don’t appear to have a power supply. This was the first use of this method for moving cars in this way.

To optimize the traffic on the layout, it was built in many levels using more than 2,500 m (8,200 ft) of rails and 452 switch boxes. The total number of rolling stock is more than 2700, of which 250 are locomotives and 10 are special cleaning trains. The variety of the moving trains is created using two revolver exchangers that store up to 60 trains and dispatch them when needed. On the layout there are also two turntables which can turn the locomotives up to 180 degrees. The largest height difference in the model is 1 m (3 ft 3 in). This is achieved with over 50 m (160 ft) of spiral lifts.