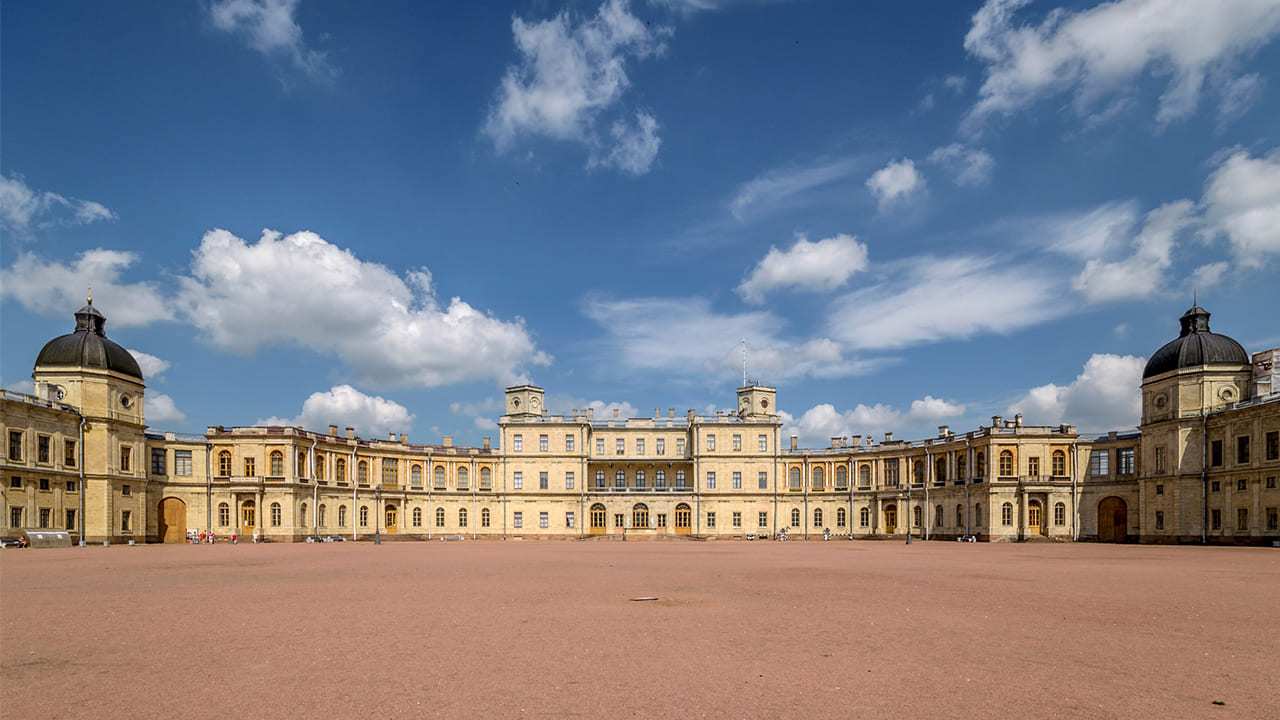 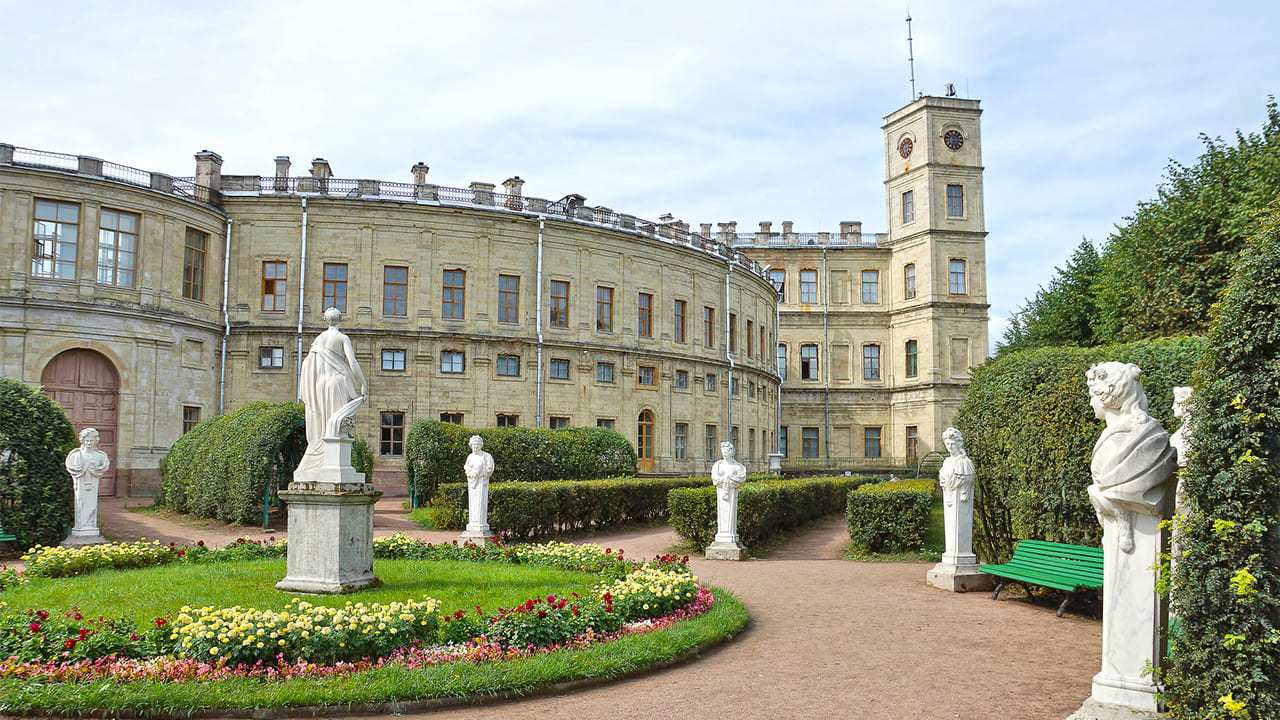 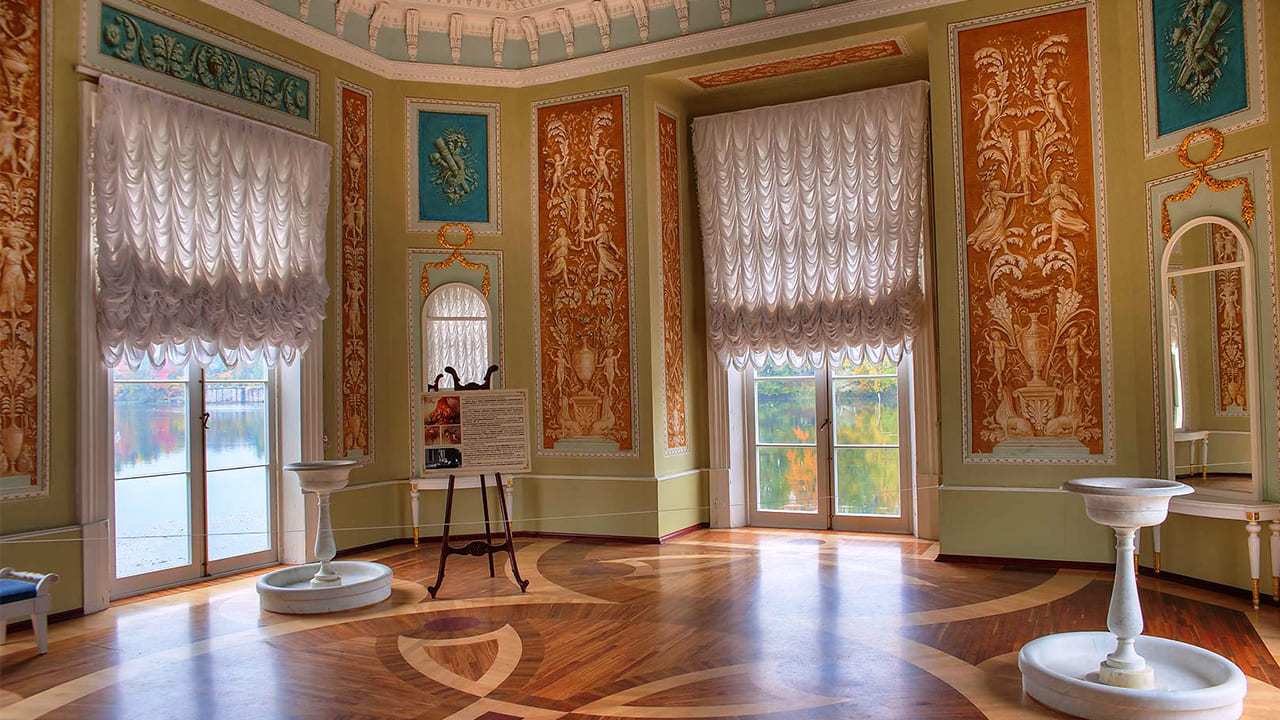 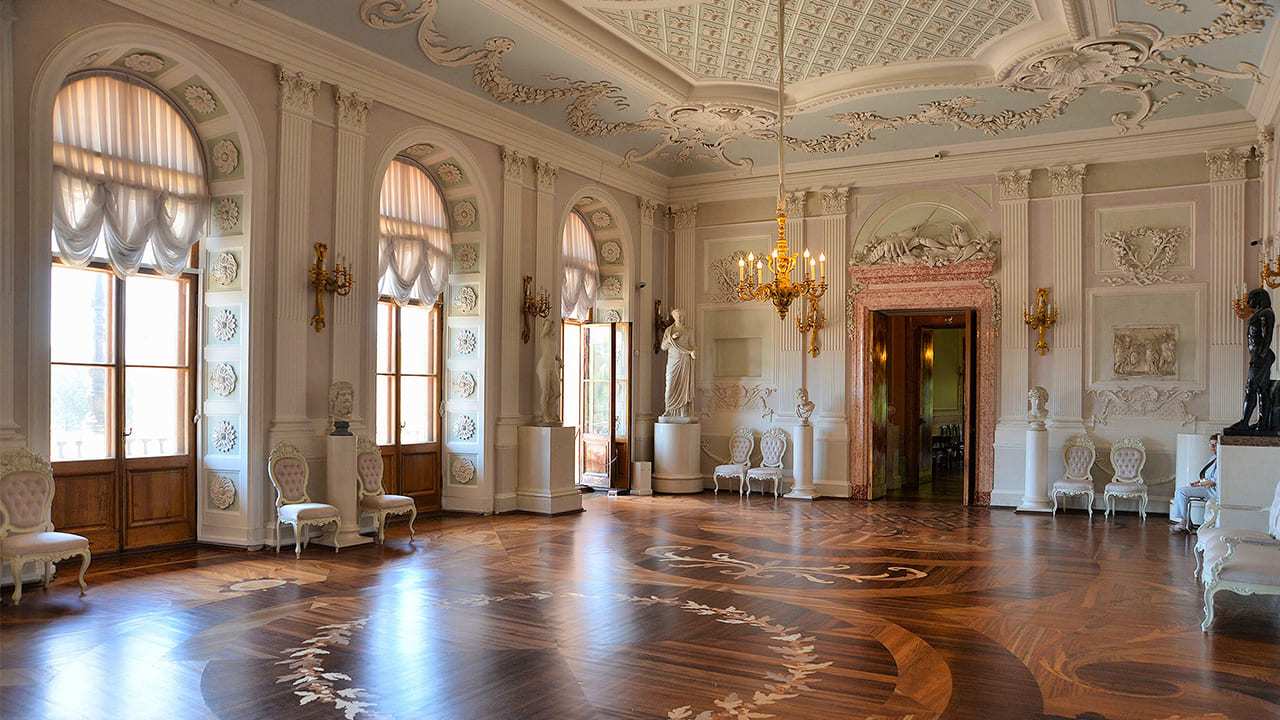 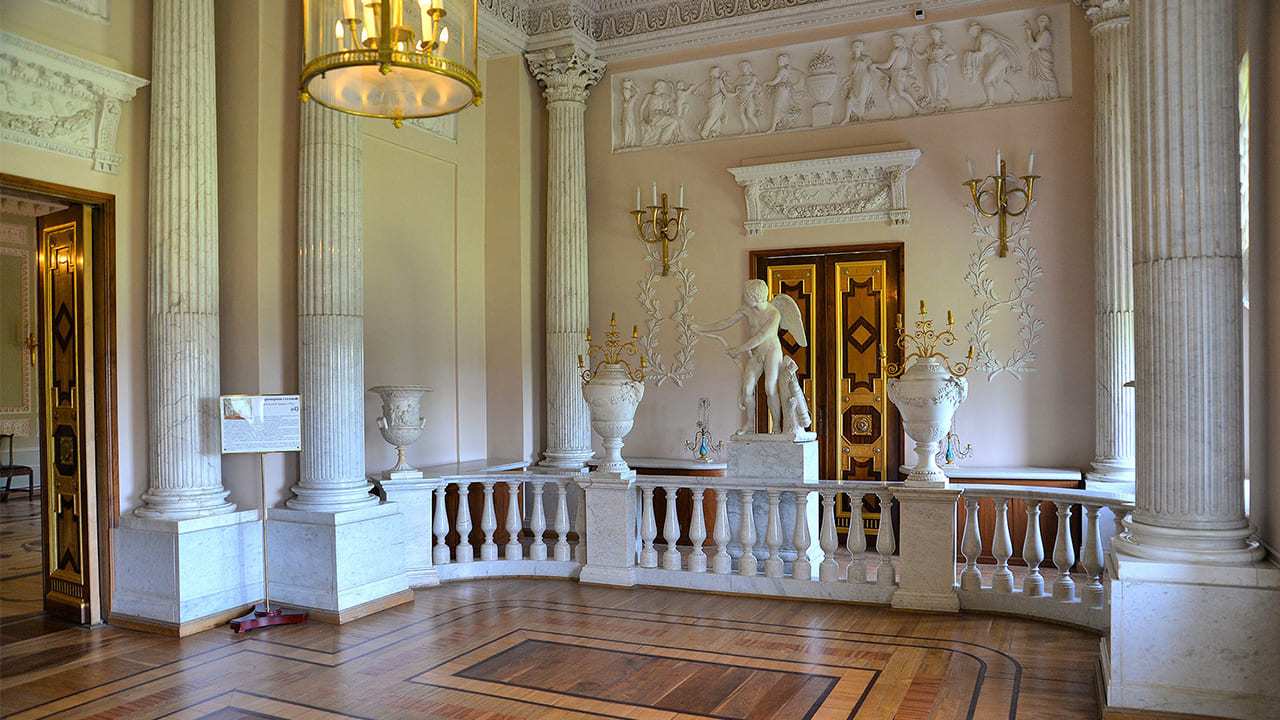 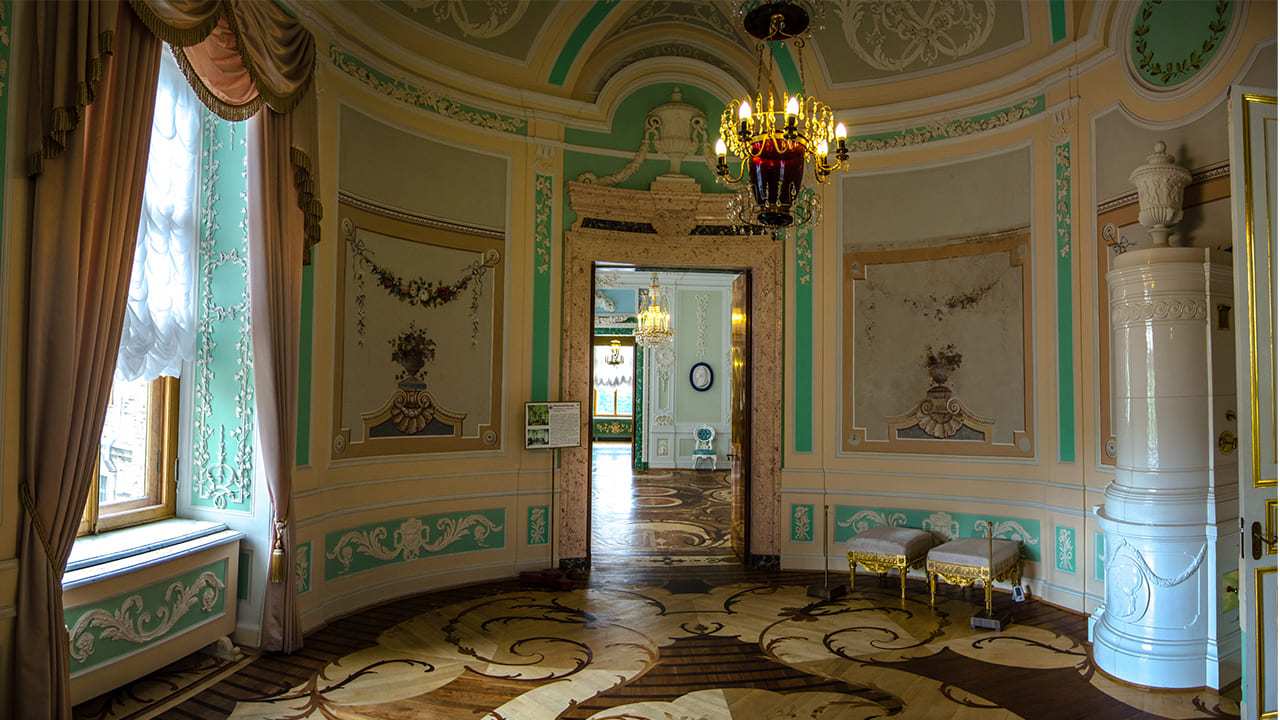 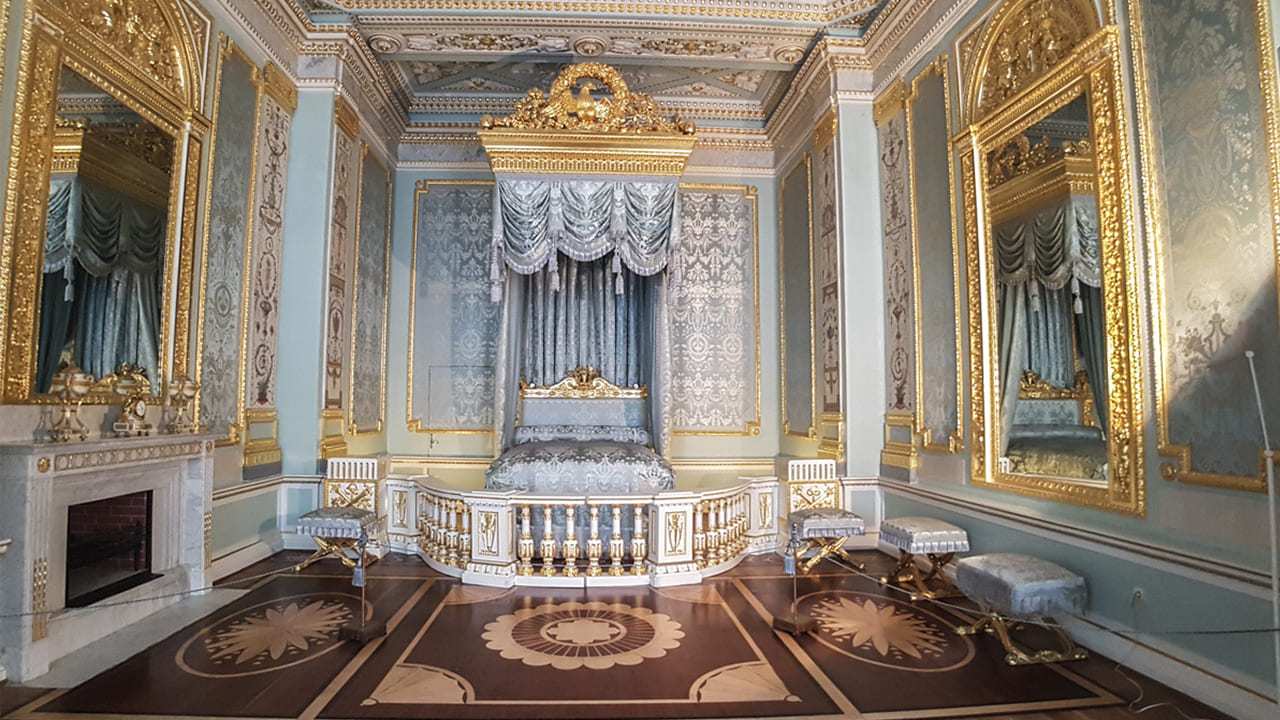 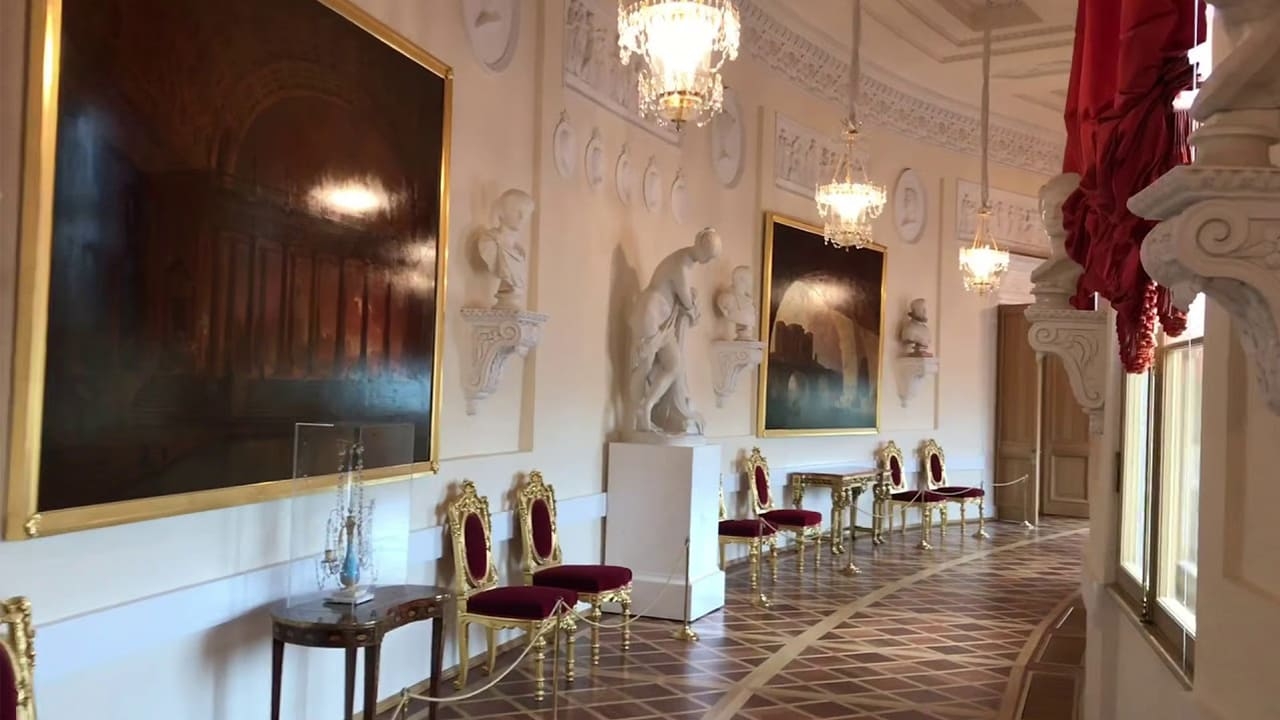 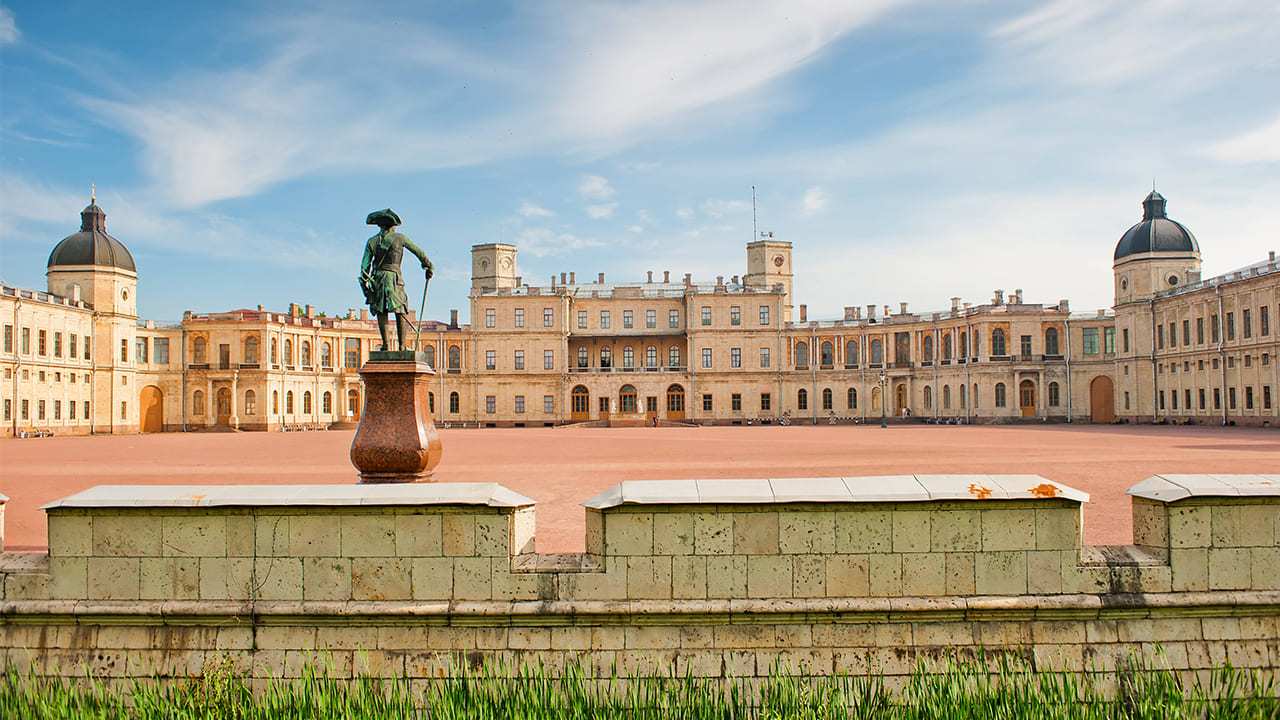 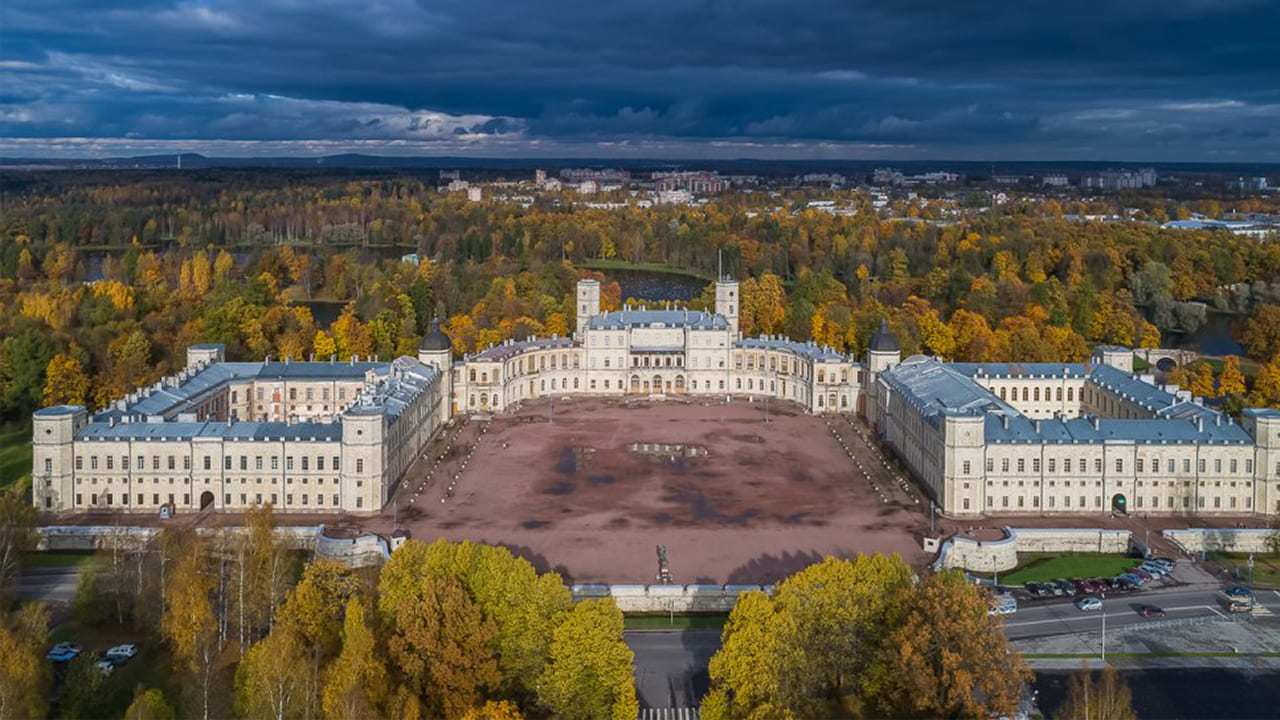 The Great Gatchina Palace is a palace in the city Gatchina, Russia 40 km away from Saint-Petersburg. It was built in 18th century for a favorite of Catherine the Great, Count Grigori Orlov. During our tour you’ll see, that the Gatchina Palace combines classical architecture and unique for Russia themes of a medieval castle with ornate interiors typical of Russian classicism, located on a hill in central Gatchina next to beautiful Lake Serebryany, Gatchina Palace became one of the favorite residences of the Russian Imperial Family. You’ll see not the official residence of the Russian royalty, but palace where Emperors lived as ordinary people. Since the February Revolution in 1917 it has been a museum and public park, and in 1990 it received UNESCO World Heritage Site status.

In 1765, Catherine the Great, the Empress of the Russian Empire, purchased from Prince Boris Kurakin the Gatchina Manor, a small manor 40 kilometers (25 miles) south of the royal capital of Saint Petersburg. Catherine presented the manor to her favorite Count Grigory Orlov, who had organized the successful assassination of Catherine’s husband Tsar PeterIII three years earlier. Orlov was a favorite of Catherine’s, and Gatchina Manor was gifted to him as gratitude for his role in the coup d’etat.
Booking a tour with us you’ll be able to skip the line as we have all the tickets booked in advance. You’ll see how Antonio Rinaldi, an architect from Italy combined Russian architectural features with features of a medieval castle and an English hunting castle. Construction was slow. The Great Gatchina Palace was finally completed in 1781, the construction lasted almost 15 years. And two years later Orlov died.
After Orlov’s death Catherine presented Gatchina to her son, the future Tsar Paul I. During the tour in Gatchina you’ll see how Paul expanded and rebuilt much of the palace. The interiors were remade in the Neoclassical style. After Paul all Russian Tsars made changes in Gatchina residence, because according to the court rule it didn’t have to remain the same.
Gatchina is known by the fact that Tsar Nicholas II spent his youth in the Gatchina Palace.
After the revolution Gatchina Palace became state property. The palace was converted into a museum. During the Russian Civil War, the Gatchina Palace served as a local headquarters for troops loyal to the White Movement. Alexander Kerensky visited the palace.
After the WWII the museum was eventually reopened and works till nowadays.
Gatchina Palace became a popular filming location in cinema, particularly for period dramas, including Poor Poor Paul and War & Peace.

While walking in the park you’ll see many different bridges, gates, and pavilions. Park parted into areas. And each has a name, for example, “The Isle of Love”, “The Private garden”, “The Holland garden” and “The Labyrinth”.