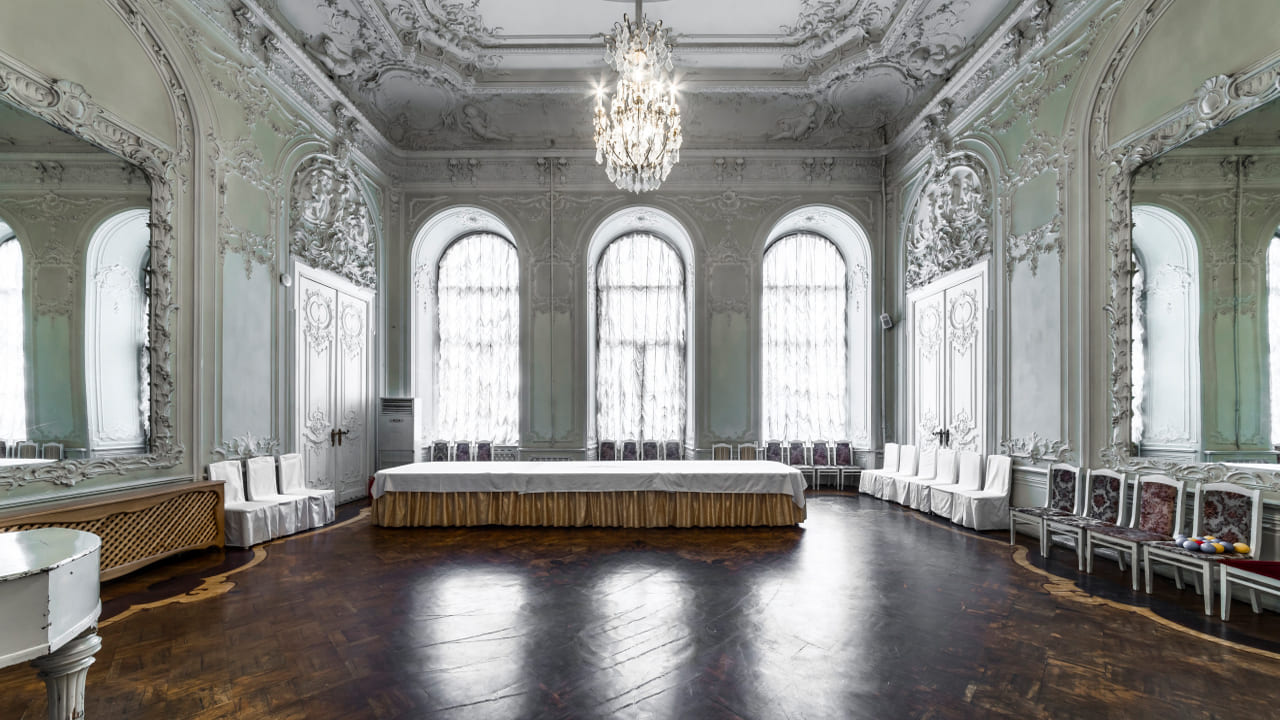 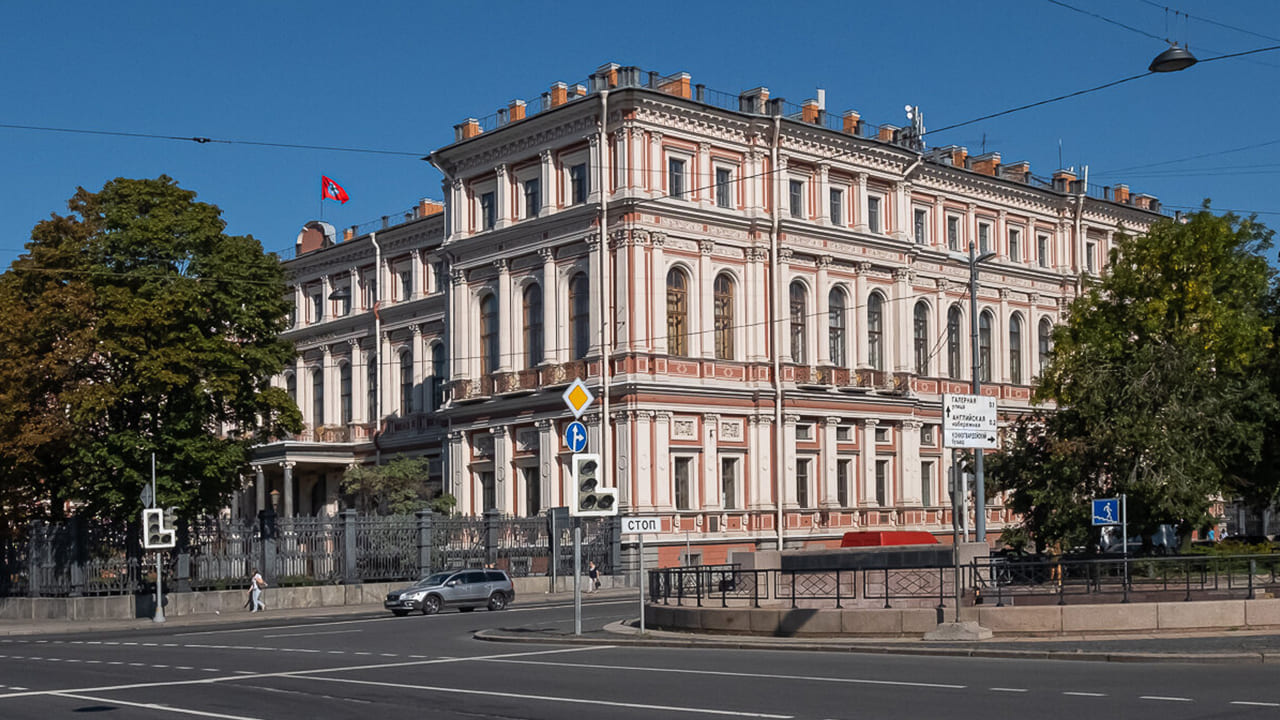 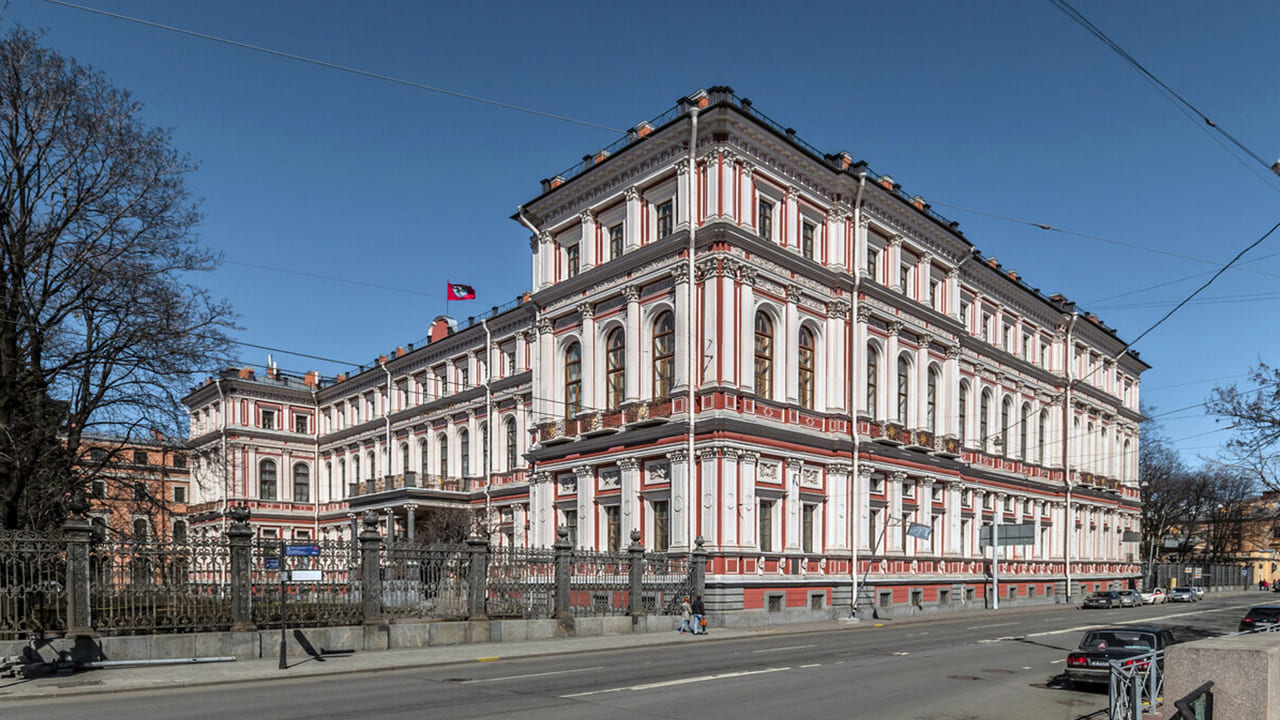 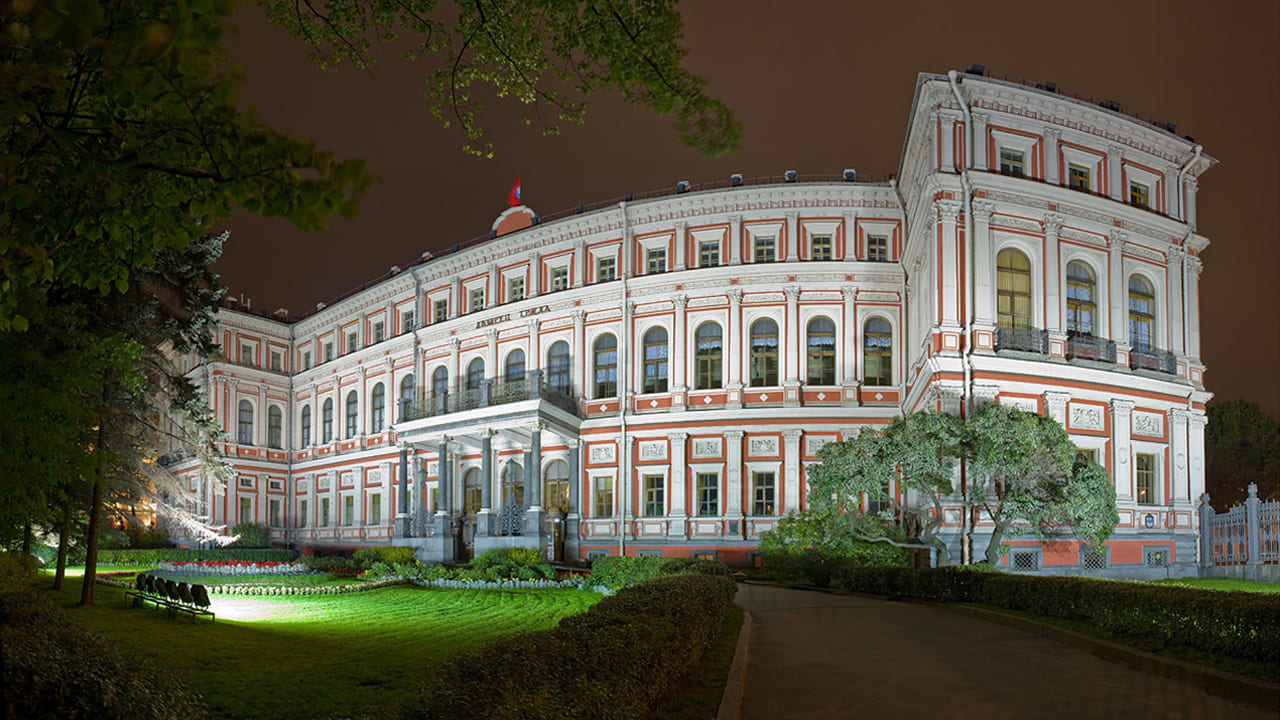 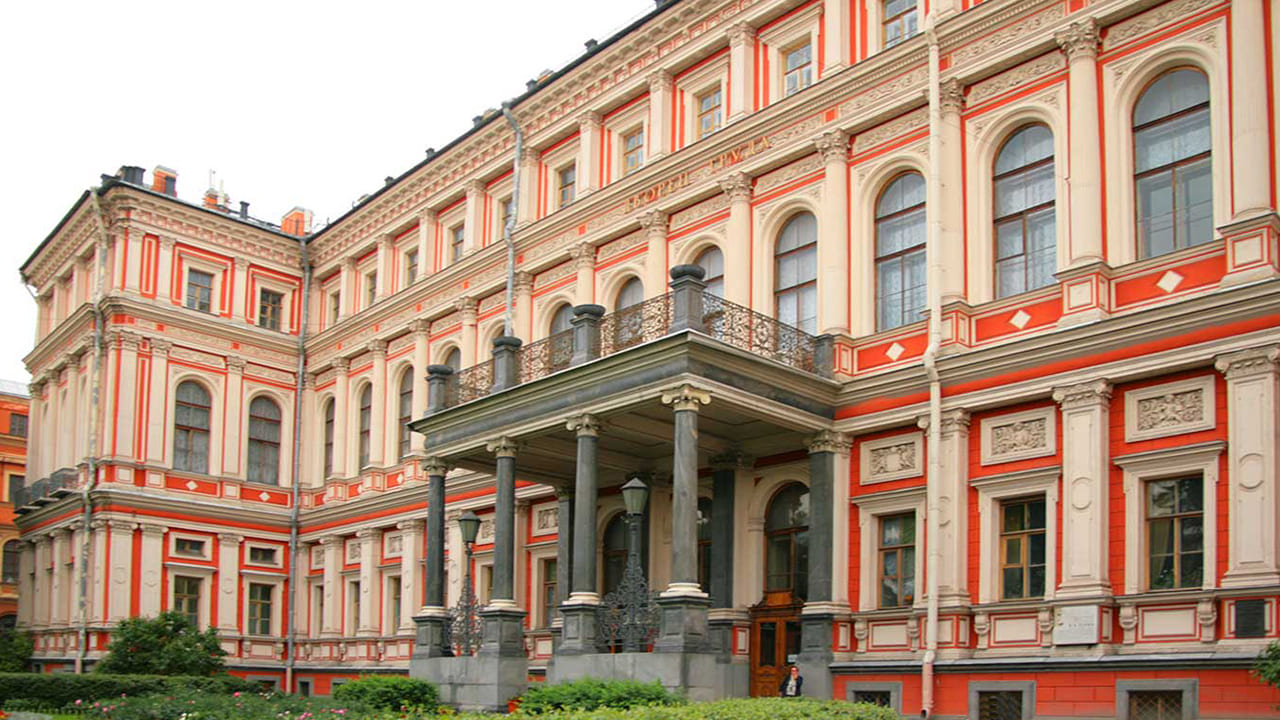 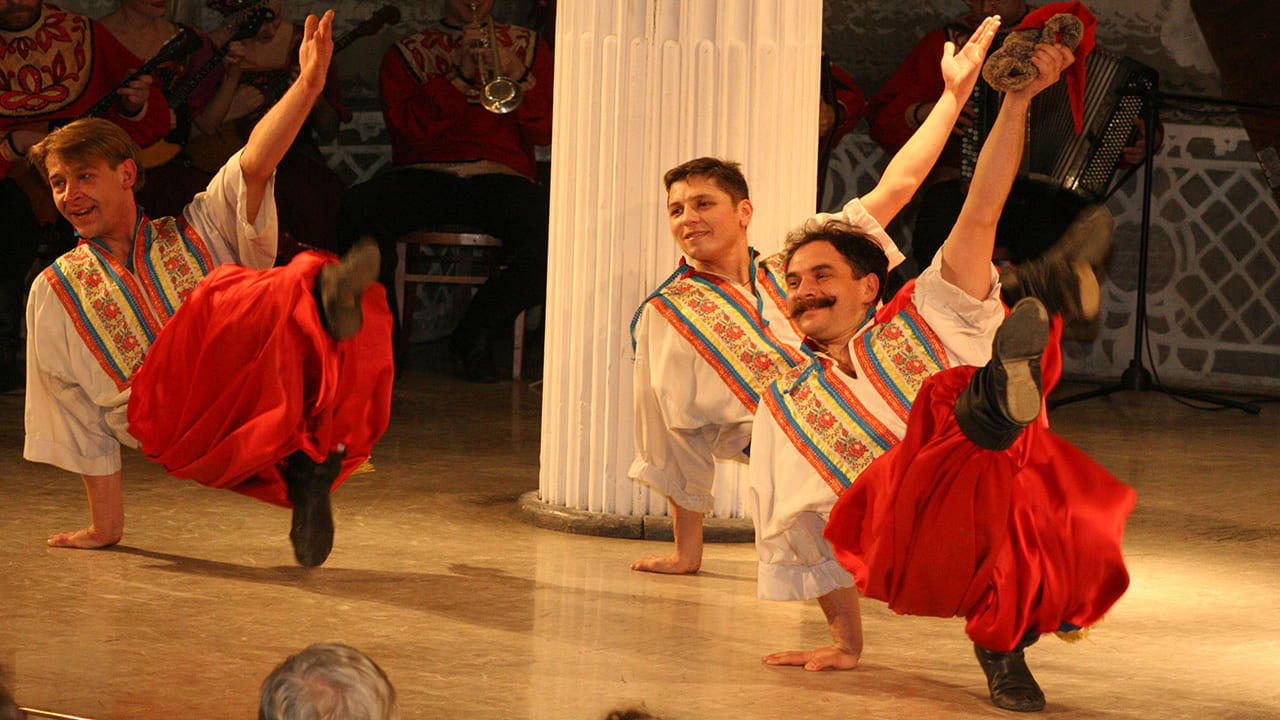 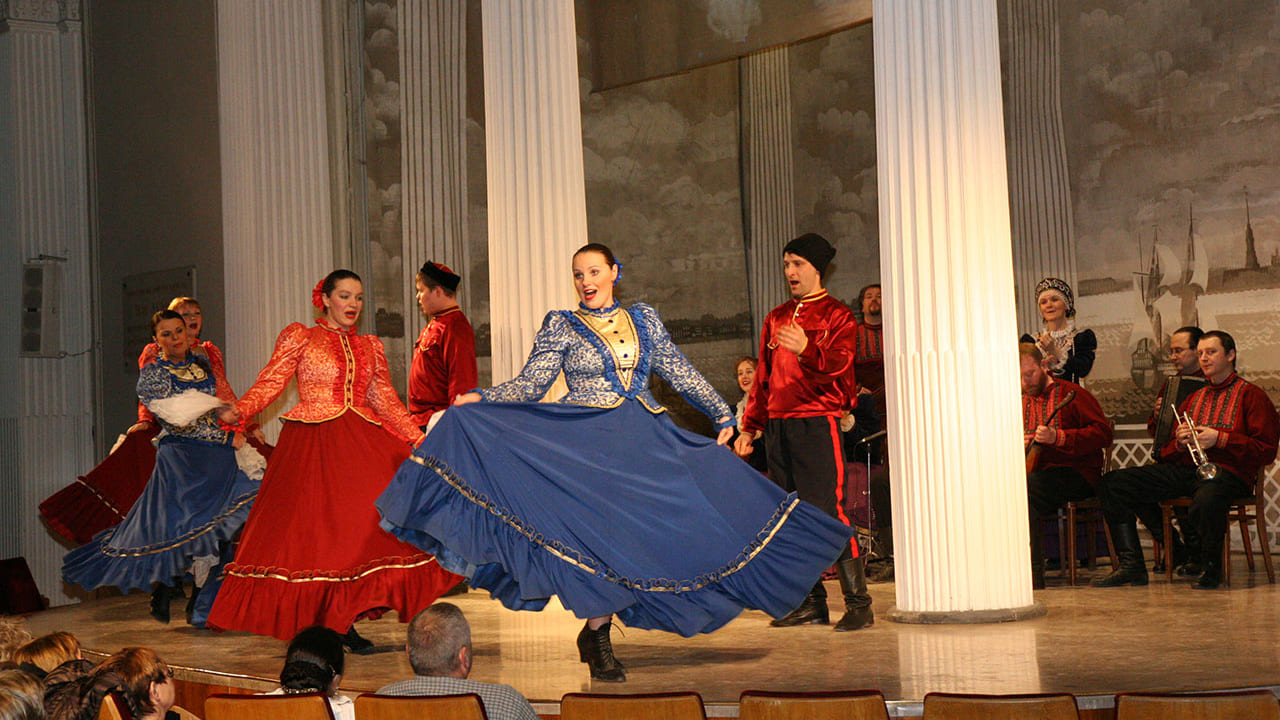 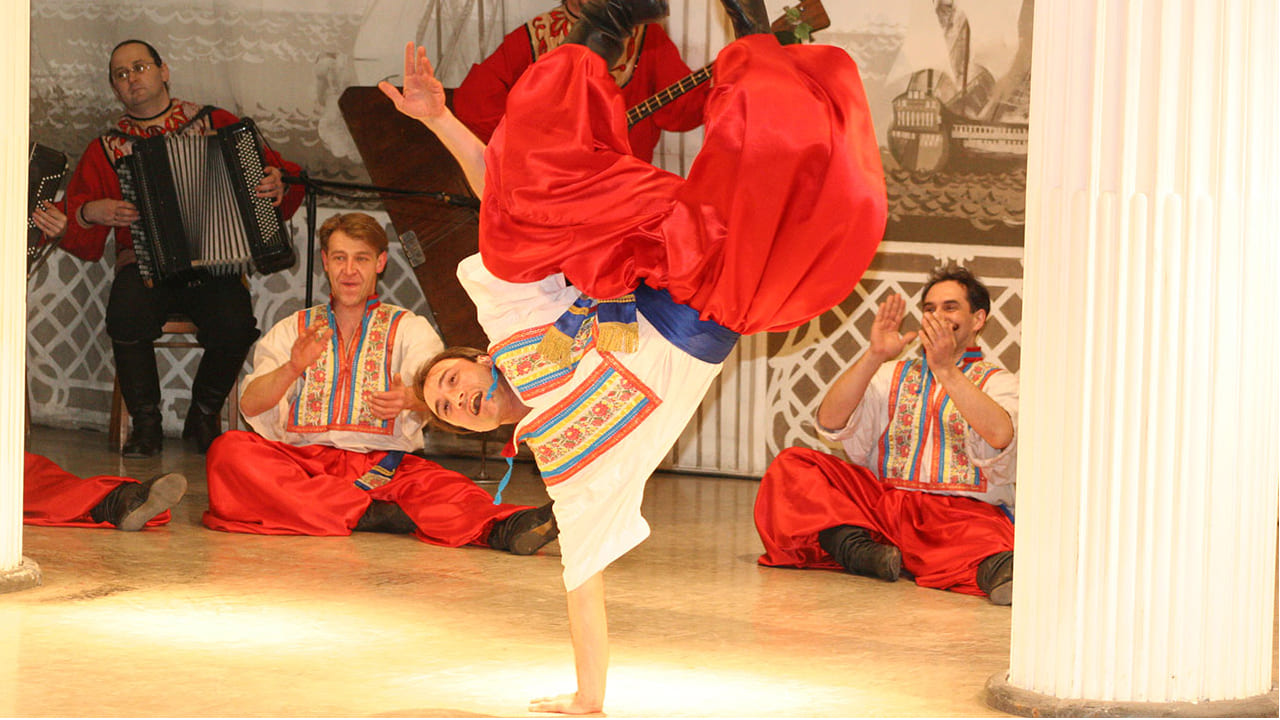 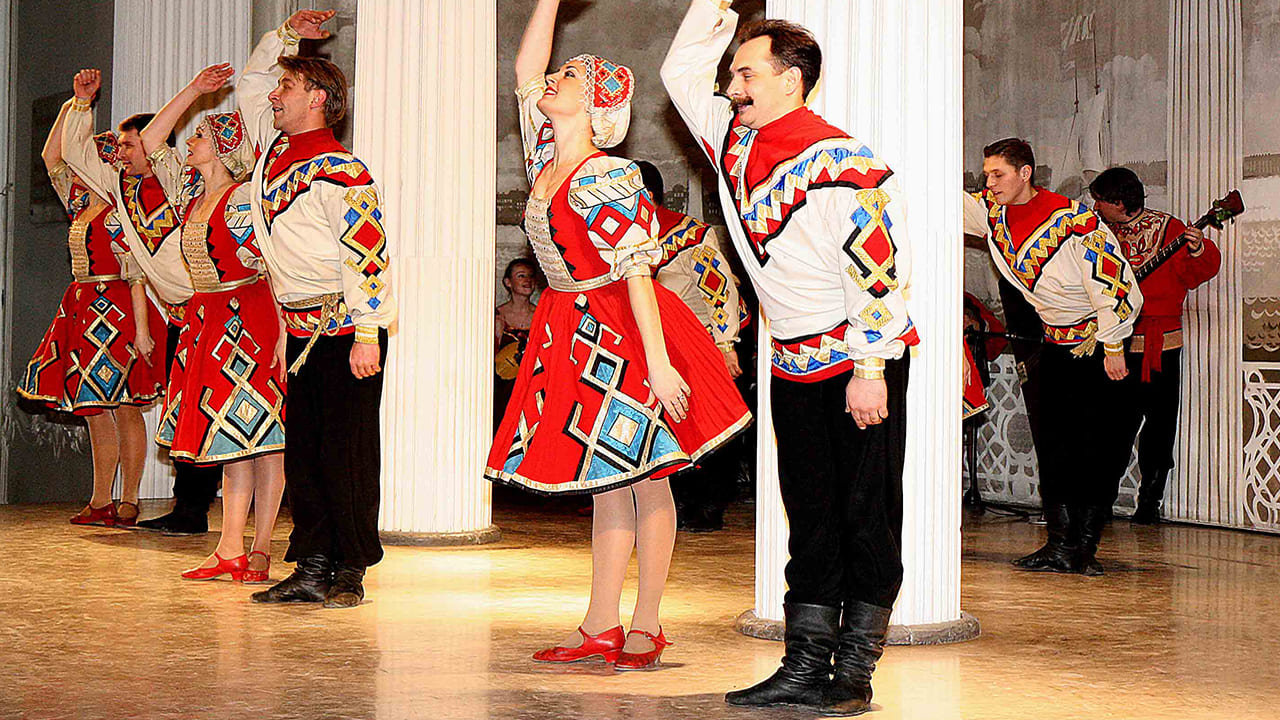 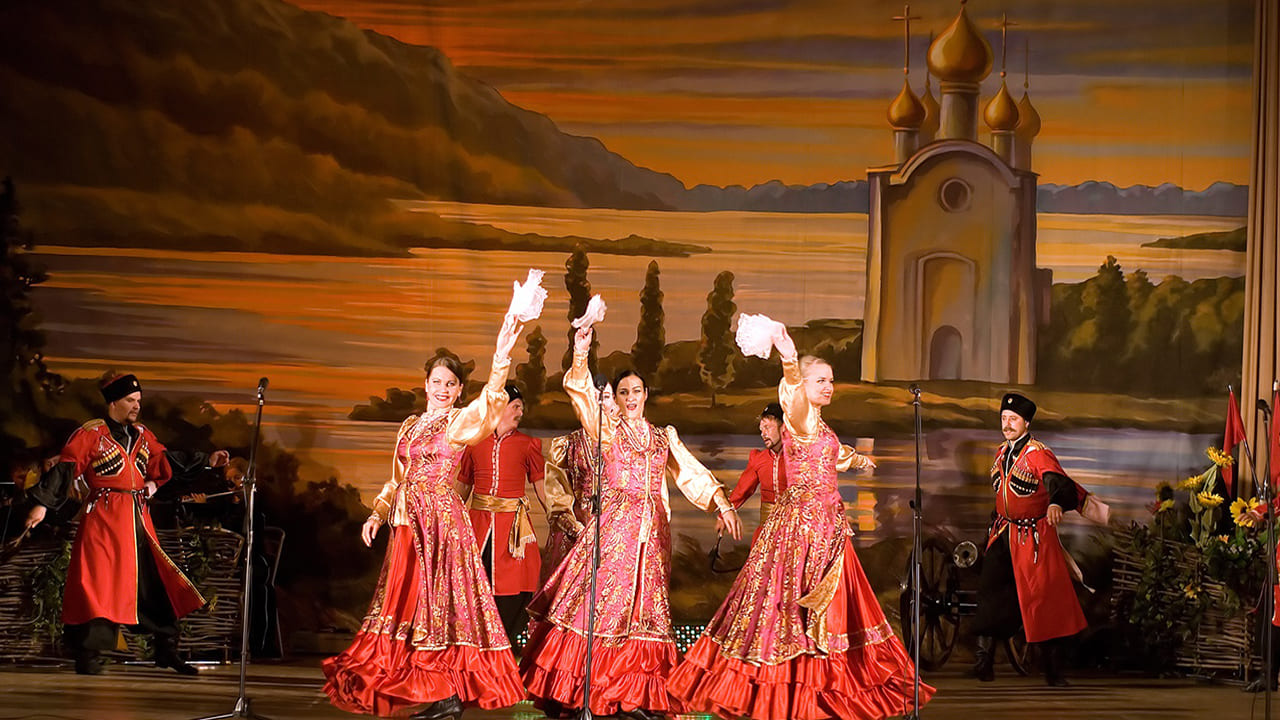 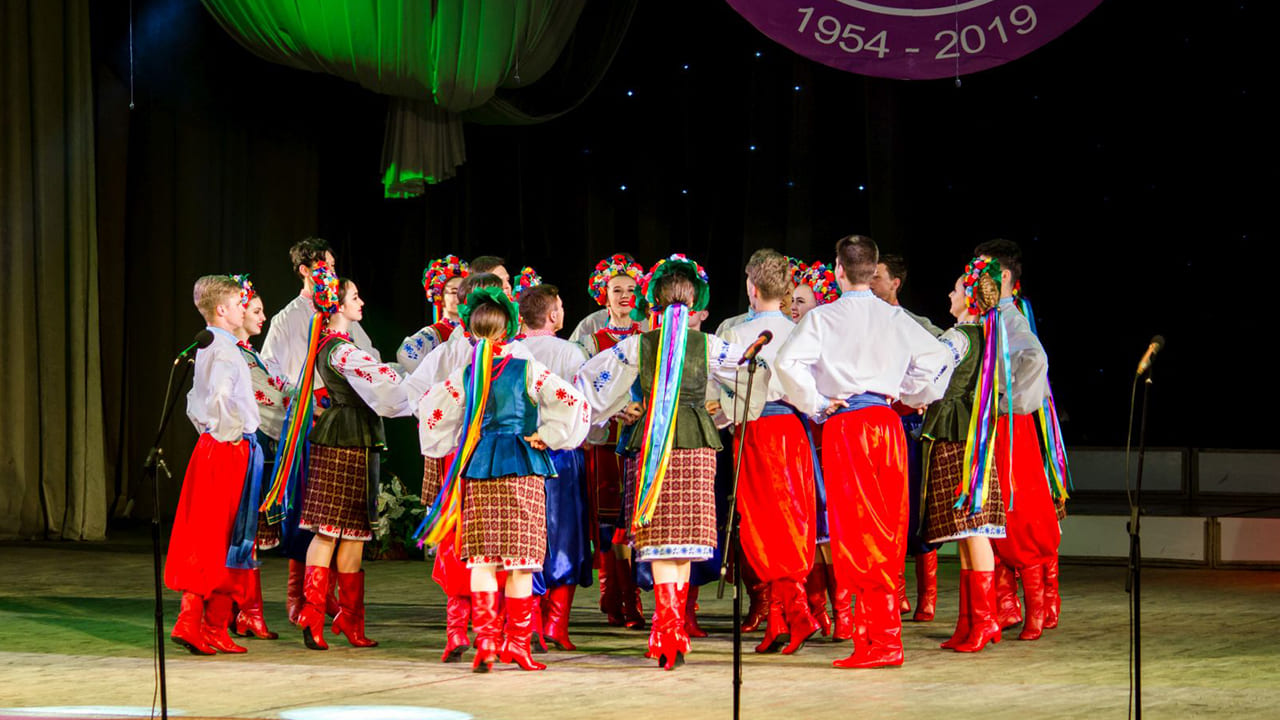 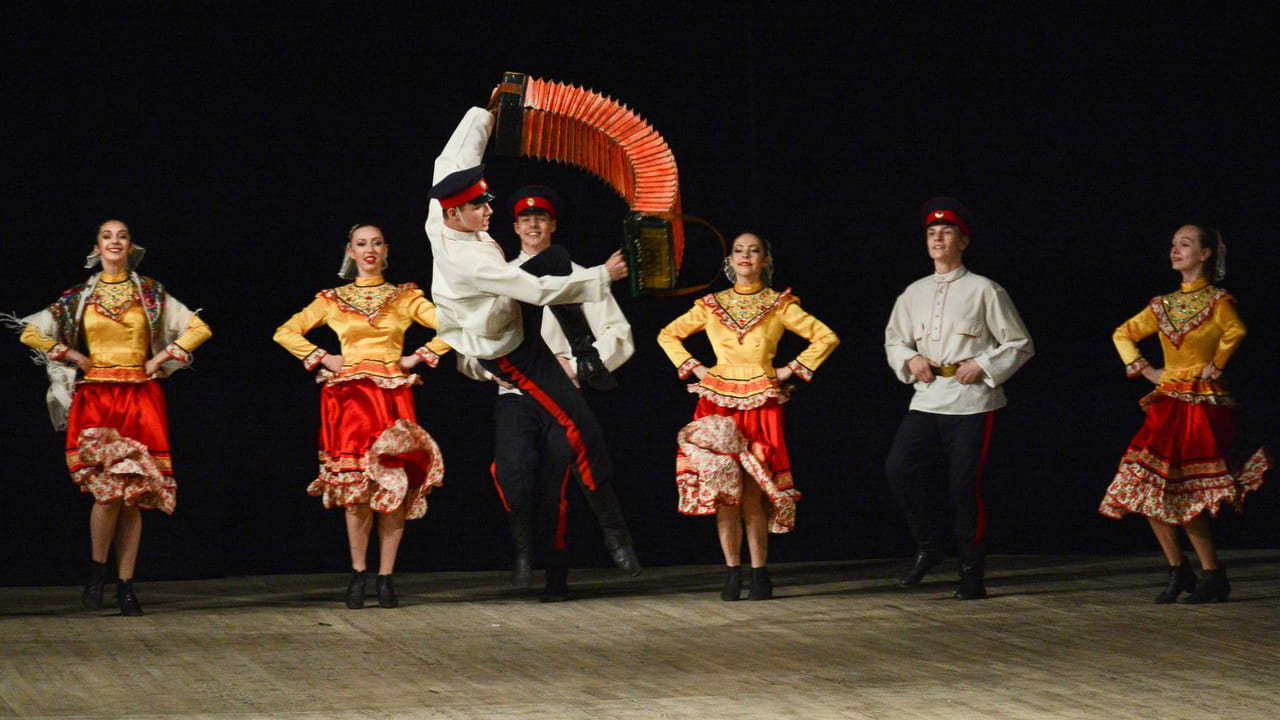 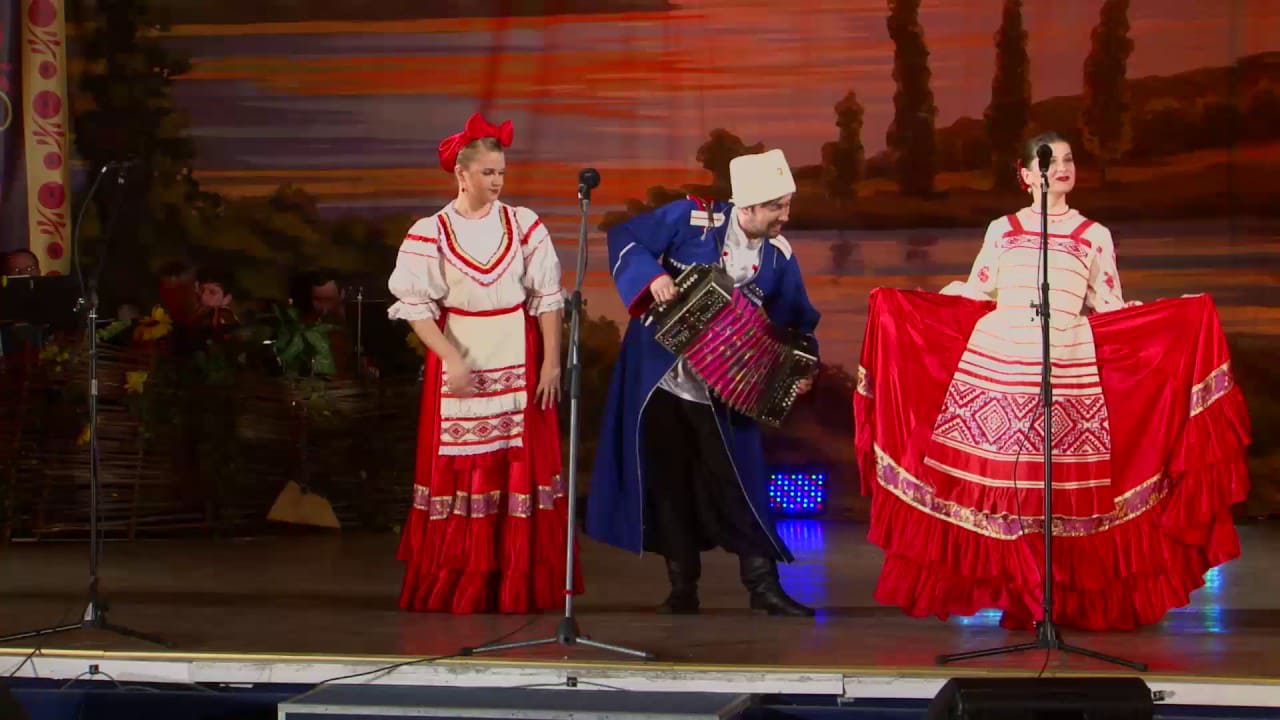 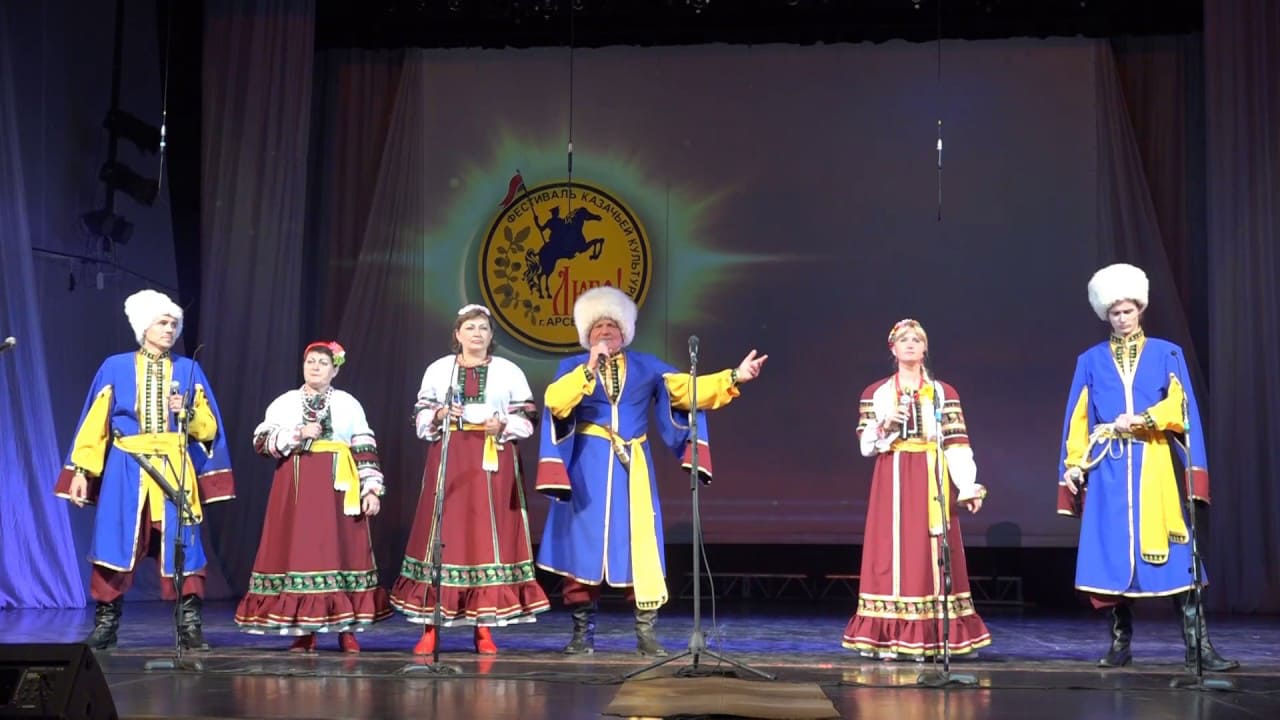 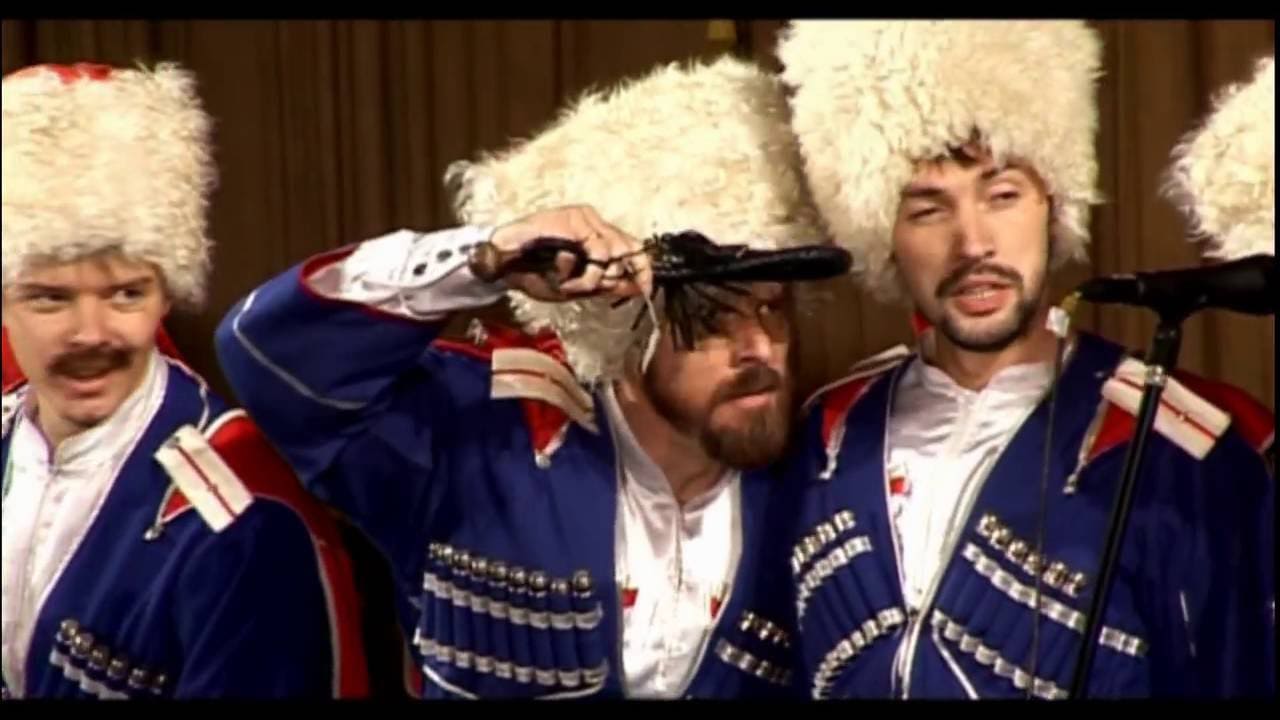 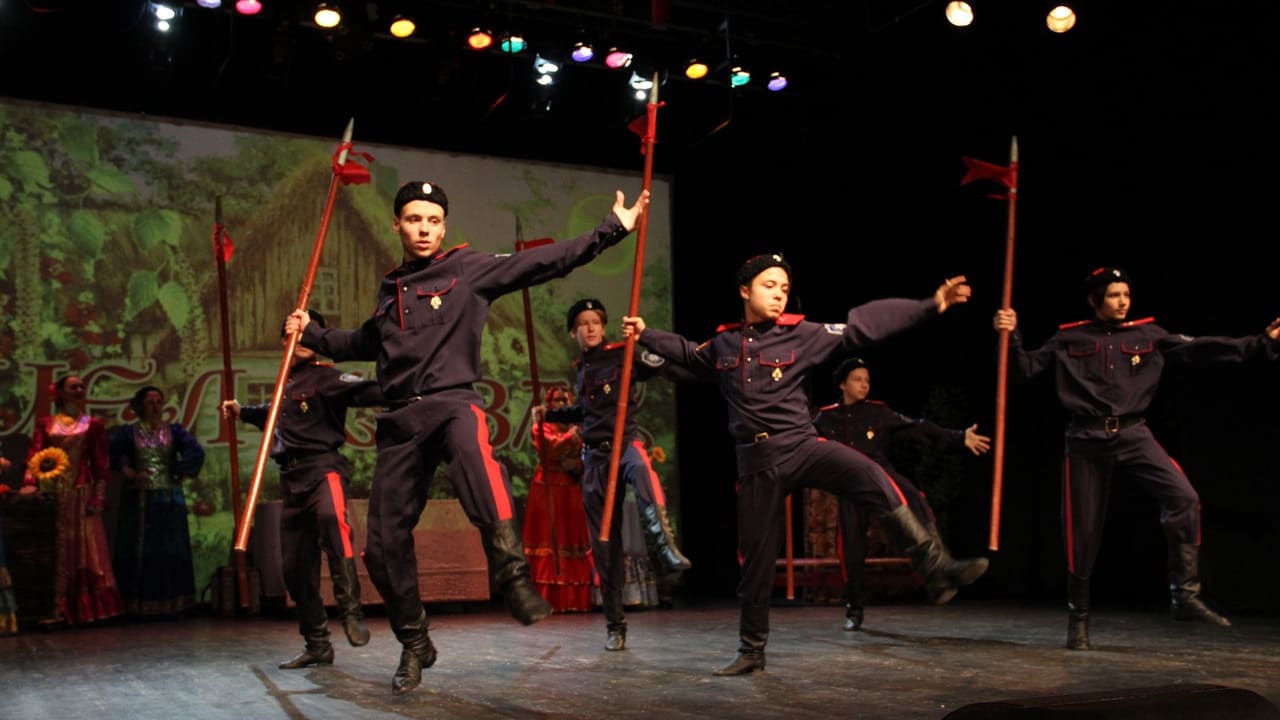 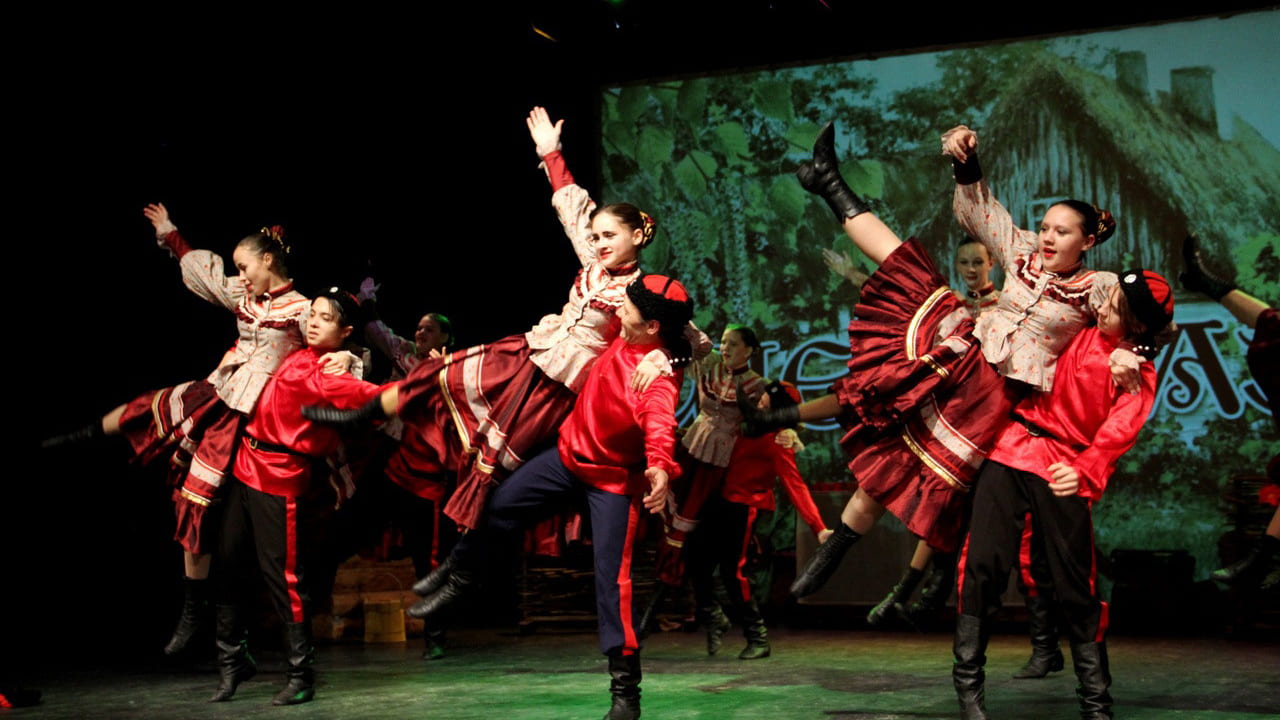 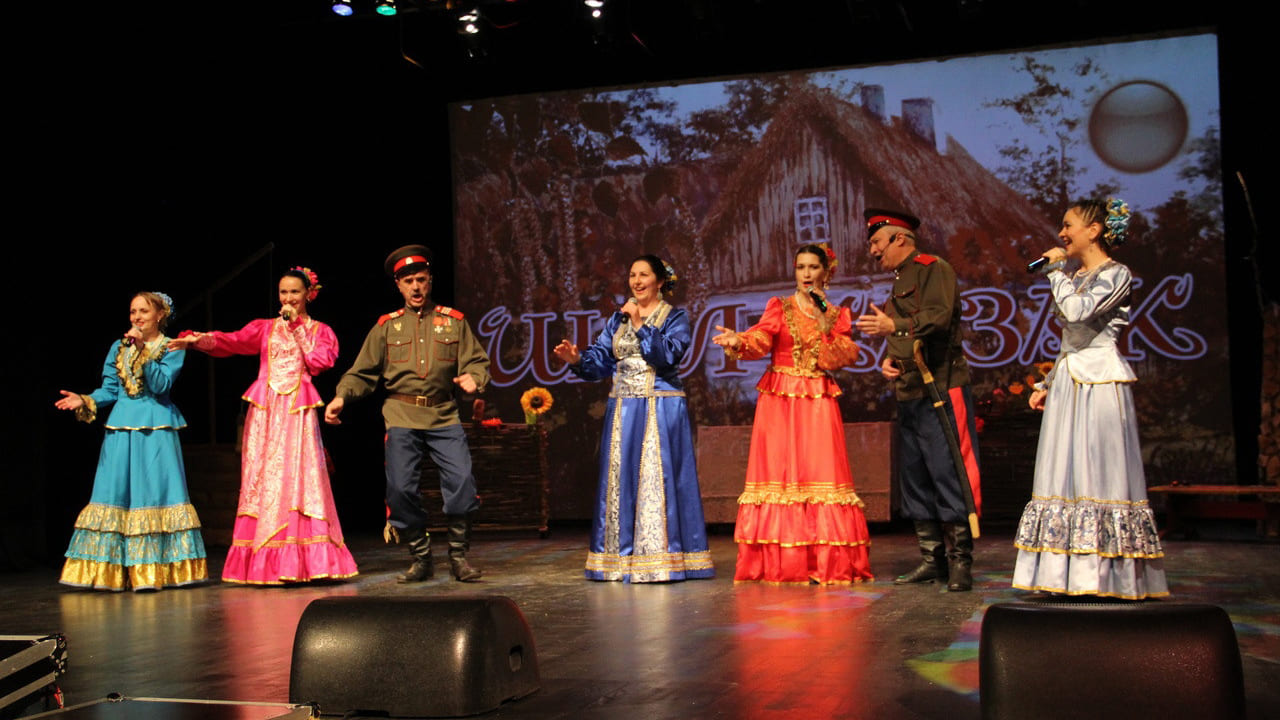 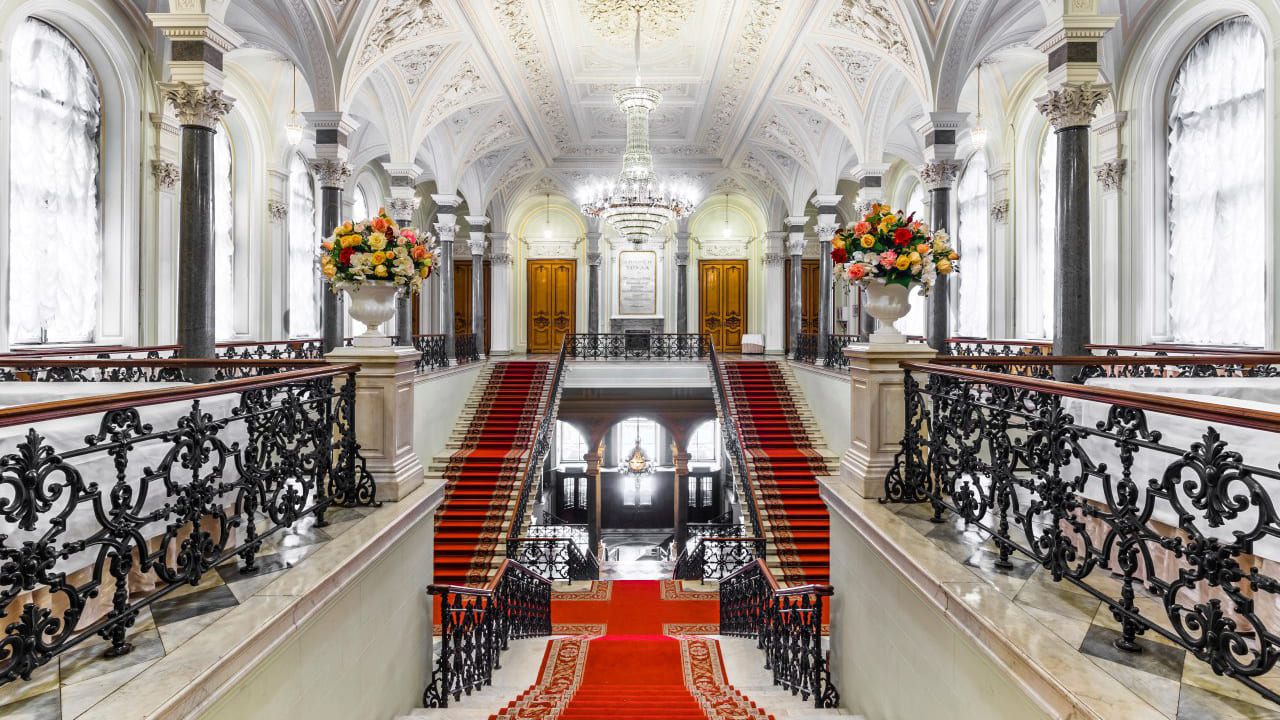 Generally it is easier to get tickets for the folkshows than for the ballet performances, however, tickets run out quickly during the high season. Of course advance reservations are strongly recommended.
Please, note, that as a rule seats are not specified at the folkshow performances, so first come – first served rule works. We strongly recommend to arrive at least half an hour before the show to secure the best seats.

Folk Shows in Saint Petersburg are quintessence of rich Russian culture, embodied in traditional dances and songs. It’s not necessary to speak Russian to understand the language of dance and rhythms of songs. Folkshow is the best way to get acquainted with Russian history and culture and of course to spend unforgettable evening.

As a rule, folkshows include songs and dance of different genres. Very common are traditional songs and dances from villages from Central and Northwest regions of Russia. Every ceremony, been it wedding, ingathering or just a holiday, has its own songs, presented during folkshows.
Another layer of folk culture are Cossacks’ songs from Southern Russia. Cossacks are members of independent semi-military communities. They served as border guards and protectors of towns. Cossacks have rick folklore culture, including breathtaking dances and beautiful songs.
Military songs, which were usually performed during important holidays, especially during the Soviet times, also became park of Russian folklore, and are definitely not to be missed.

There is a number of different folk shows groups in Saint Petersburg.

The oldest and the most popular show is Feel Yourself Russian. The show is held in the White Gala hall of the Nikolaevsky Palace, so every guest of the show can feel himself as guest of the Russian tsar.

Bagatitsa Cossack Dance is hot and bright cossacks folkshow, held in Mansion of Countess Sofia Panina. The ensemble includes the orchestra, the dancing choir and the singing ballet.

Anichkov palace Folkshow is held in the Carnival concert hall. Traditional Russian folk dances and music of accordion and  balalaika are performed by different folk groups.

FEEL YOURSELF RUSSIAN at NIKOLAEVSKY PALACE.

Folkshow “Feel Yourself Russian” at the Nikolaevsky Palace is a unique performance, which allows to feel the history and soul of Russia!

Whatever deep the emotional sensations at the Russian folklore may be, they are certainly emphasized by a magnificent interior of Nikolaevsky Palace. The Palace-is unique not only by its architectural design. It remarkably combines the memories of more than century’s history of the city existence. The walls of the Palace remember daily life events of the Grand Duke’s family. In the very centre of St. Petersburg, just a 10-minute walk from the Hermitage and 3 minutes from the famous St. Isaac Cathedral, you find a real architectural masterpiece of the second half of the XIX century, the beautiful Nikolaevsky Palace. Built by a gifted architect, Andrey Schtakenshneider, for the Grand Duke Nikolay, son of the Emperor Nikolay I, this is a place out of your Russian dreams. Nowadays the Palace is in the TOP-100 list of monuments preserved by the state, such as the Kremlin and the Hermitage.

In December 1861 the Nikolayevsky Palace was inaugurated and consecrated. The site selected was in Annunciation Square (the Square of Labor nowadays). This part of the city beside the first permanent bridge across the Neva river (at present the Bridge of Annunciation) was known a prestigious and costly suburb. Many luxurious restaurants popular among the city elite were placed there. Nearby was the English Embankment, a favorite promenade for the high society.

The building was constructed a rectangular in the early classicism style. The paved courtyard in front of the Palace is surrounded with fancy iron railings on a red granite base. The enormous Entrance Hall is grand and imposing. The effect is crowned by the main marble staircase which is grand and imposing by itself. It is considered an undoubted triumph of the architect. Going up the stairway, one can get right into the spacious Ballroom of 17 m high (the present Concert Hall). The Banqueting Hall beside it is one of the largest rooms in the Palace. It was used mostly for celebratory dinners and as a reception-room on special occasions.

After the Grand Duke’s death in 1891 the Palace accommodated a Woman’s Institute named after Grand Duchess Xenia, sister of Nikolay II. The Institute was supported by allocations from the budget and private Xenia’s means. The students were mostly of middle-class background.

The folk show itself is represented with 3 professional folk groups: “Peters Quartet” vocal quartet. Classical performance of folk songs, lyrical romances and Russian Orthodox hymns. “Maidan”is a Cossack song-and-dance group formed in1992 by the honored artist V. Drachev. The name of the group gets its origin from the place, where all Cossacks used to assemble in older times and where decisions were made “by the whole world”. The group skillfully reproduces on stage Cossack songs and dances in their original form. The «Stars of St.Petersburg» is a dance group. The dancers are graduated from leading schools of choreography in Russia. Its repertoire covers lyrical dances of the Russian North, fiering dances of the Cossacks from the Don and Voronezh, dancing miniatures of the Urals and Siberia with their subtle humor. Spectators of all ages and tastes will be able to appreciate not only the ability of the performers to bring Russian national color to the stage, but also their highest skills, complexity of acrobatic feats and breath-taking leaps. The show consists of two parts (45 minutes each) and lasts for 1 hour 50 minutes including the break, when guests are offered some fruit, canapes with red caviar, ham, Russian style Salami, cheese, vodka, champagne, red wine, mineral water, juice, beverages.

Home Countess S.V. Panina. The theater Panina is named after the Countess Sophia Vladimirovna Panina, a great enlightener of the early twentieth century, the country’s richest woman, who laid her life and fortune in the fight against illiteracy and grayness. In the spring of 1903 Countess Panina arranged an unusual institution in Ligovka – the People’s House for workers and their families. The main advantage of this building was the theater hall, one of the best in the city. For a long time the theatrical niche of Lee (now the Palace of Culture of Railwaymen) there were many collectives, both amateur and professional. But none of them was able to become that, in truth, a creative person, which was in its time “The First Public Theater”. And so, in 2010, within the framework of the revival of the cultural traditions of the Ligovsky People’s House, it was decided to create a professional drama theater in the palace, which, like its eminent predecessor, would carry the main goal “to transform life by the power of spiritual art” on modern realities. And in honor of the founder of the People’s House, the theater was named after S.V. Panina, so undeservedly forgotten in our time. The official opening of the theater took place on March 5, 2010.

The house of Countess S.V. Paninoy is a monument of architecture of Federal significance. The House of Culture has an interesting history, which is closely connected with the name of the remarkable woman, public figure of the beginning of the XX century, Countess S.V. Panina, and for more than one hundred years of his existence has never changed the profile of his activities.

A unique tourist attraction, which allows one to feel the history and soul of Russia in one night! The concert consists of 2 compartments of 45 minutes each.

In 2005, on the banks of the Neva appeared a unique creative team – the Ensemble of Dance and Cossack songs “Bagatitsa”.

Talented young artists, many of whom are hereditary Cossacks, successfully develop the longstanding creative traditions of the Cossacks. All artists of the Ensemble are professionals, graduates and students of the best creative universities of our country, many are diplomats and laureates of all-Russian and international festivals and competitions.

Today “Bagatitsa” Ensemble presents a unique folklore show, being one of the few in the world collective of such a format. As part of the Vulcan energy, Cossack temperament, brave daring, folk humor, colorfulness and spectacle of a historically adjusted Cossack costume create an unforgettable holiday atmosphere at concerts. Each room is a scene from the real life of the Cossacks, told in a song or shown in dance. Bylins and thoughts, love and passion, excellently done, festive festivities – all this is shown in a modern, understandable to any spectator performance.

Incendiary, sparkling Cossack songs and dances literally blow up any audience with their irrepressibility and high artistry, leading to a complete and frantic ecstasy.

Annually the Ensemble gives a large number of concerts for foreign tourists and residents of our city. The ensemble has many different awards and gratitudes, and recently became the owner of the “Grand Prix” of the International Festival “FolkFest 2010”.

One of the oldest building’s on Nevsky Prospekt, St. Petersburg’s central thoroughfare, Anichkov Palace stands next to the landmark Anichkov Bridge across the Fontanka River. When the building was commissioned by Empress Elizabeth in 1741, the site of the palace was on the outskirts of St. Petersburg, and Nevsky Prospekt was lined with trees. The original architect, Mikhail Zemtsov, gave the building its form and dimensions, while Francesco Bartolomeo Rastrelli completed the original baroque decorations. Elizabeth gave the completed palace to Aleksey Razumovsky, her favourite and unofficial spouse.

After Razumovsky’s death, Catherine the Great bought the palace from his brother and in turn gifted it to her favourite and lover, Grigoriy Potemkin. Between 1776 and 1778, Potemkin employed the architect Ivan Starov to refashion the building. Starov leveled the varying storeys of the palaces different wings and replaced the baroque decorations with strict neo-classical facades, creating the impressive but somewhat monotonous aspect that can be seen to this day.

The palace returned to Imperial ownership at the end of the 18th century, and housed for a short period the offices of the Cabinet of his Highness the Emperor, which managed the Imperial estates and industrial concerns. Later it became the St. Petersburg residence of various members of the Imperial family, including Nicholas I, Alexander II and Alexander III before their ascendance to the throne. After the October Revolution, the Anichkov Palace was used briefly as a museum of St. Petersburg, and in the late thirties became Leningrad’s Pioneers’ Palace – the local headquarters of the Soviet equivalent of the Boy Scouts. Now named the Palace of Youth Creativity, it is home to a variety of organizations offering after-school education in arts and crafts, sport, sciences, and engineering. Part of the building is also used for the Anichkov Lycee, one of St. Petersburg’s most prestigious secondary schools.

Anichkov palace Folkshow is held in the Carnival concert hall. Traditional Russian folk dances and music of accordeon and  balalaika are performed by different folk groups.