Church of the Savior on the Spilled Blood 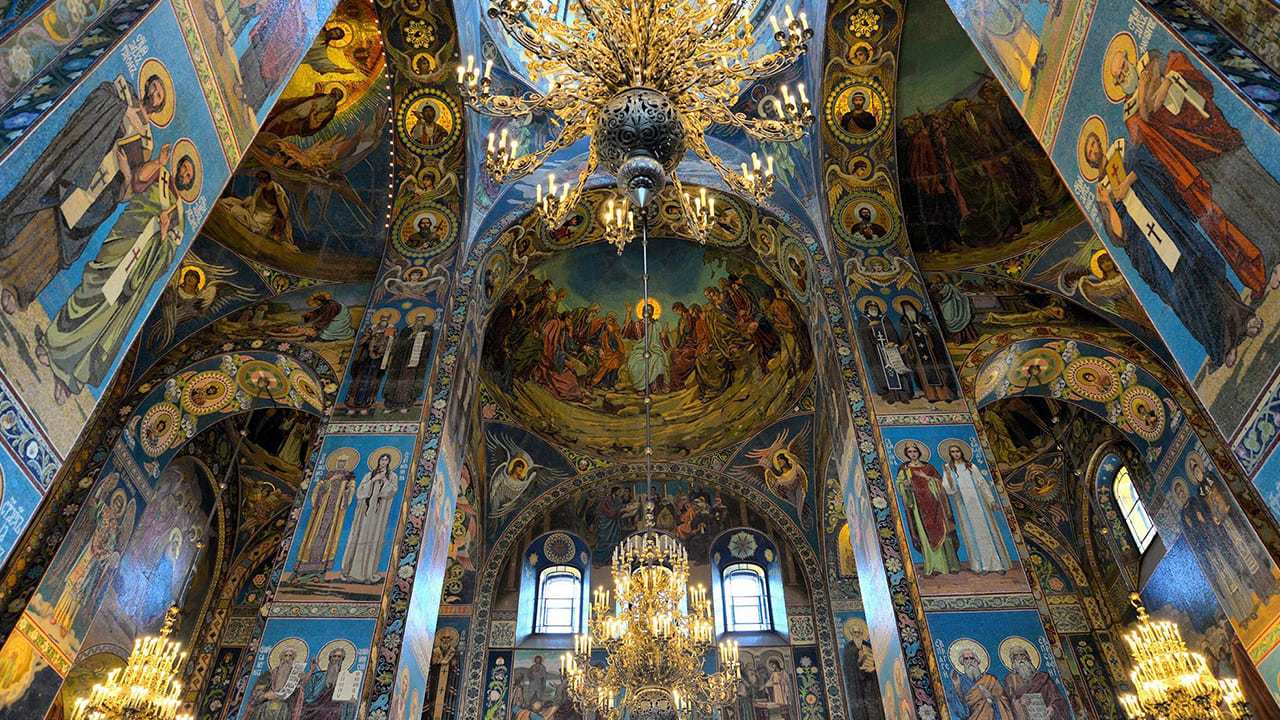 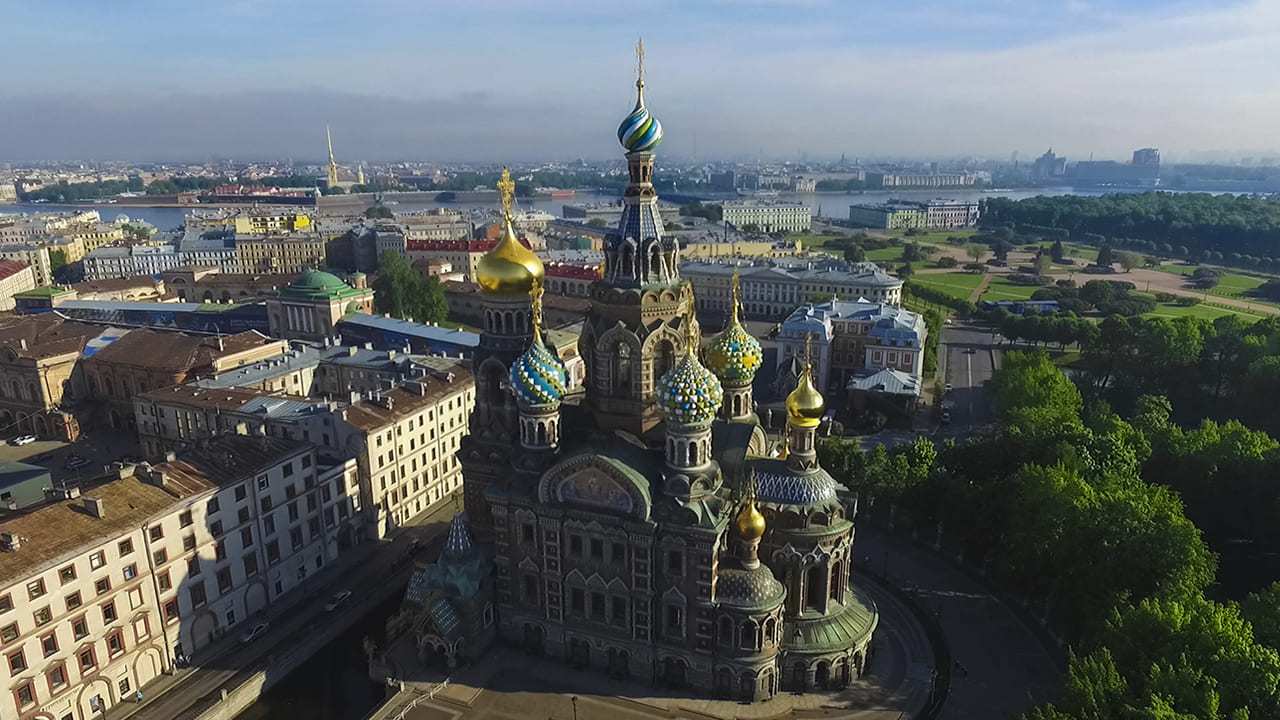 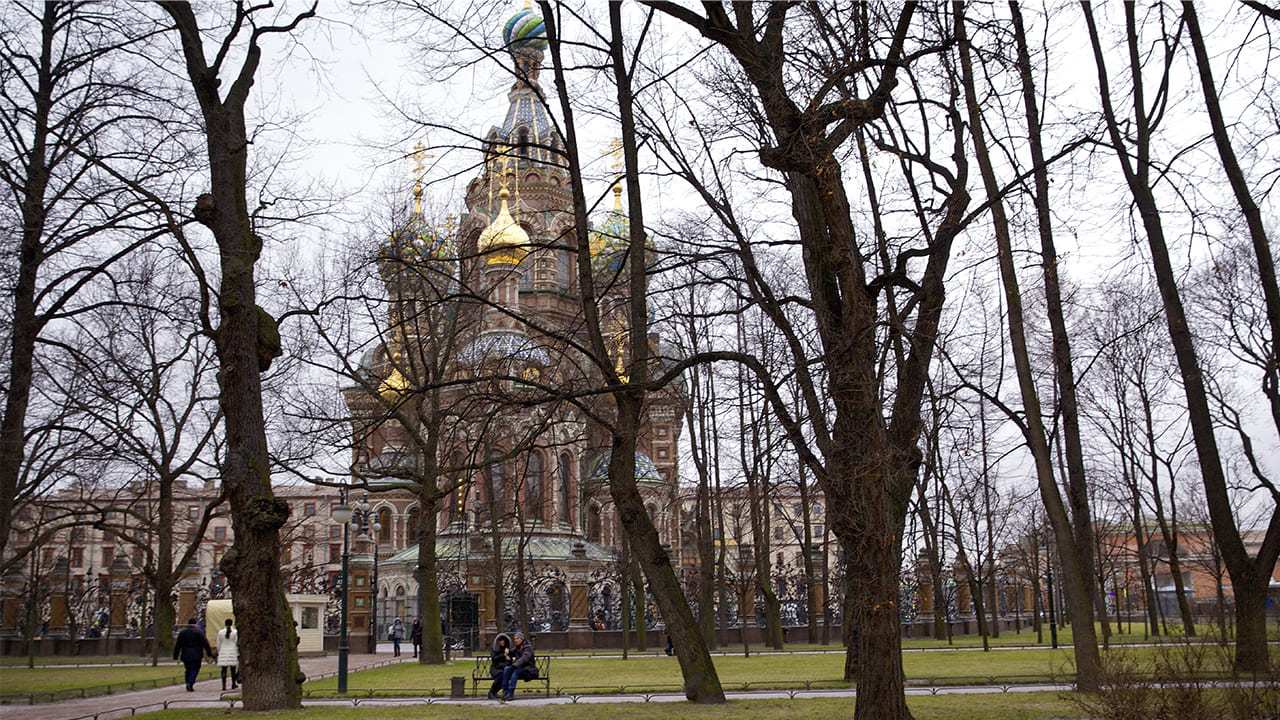 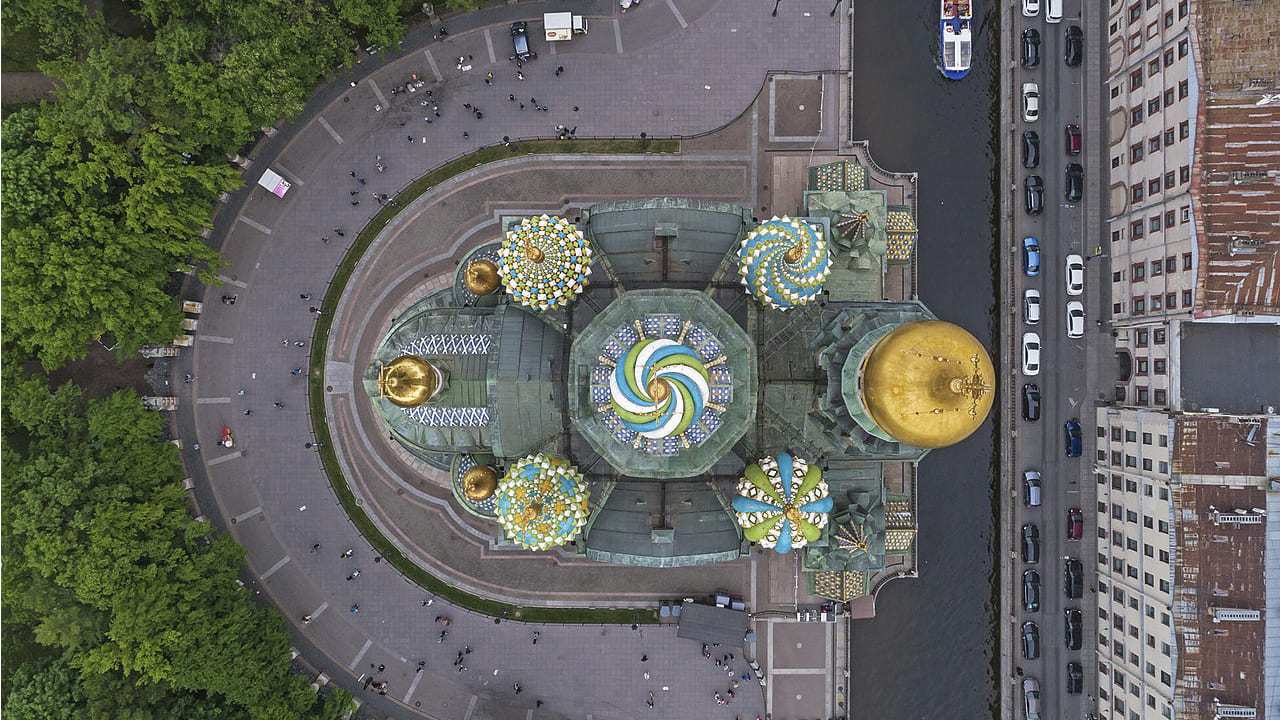 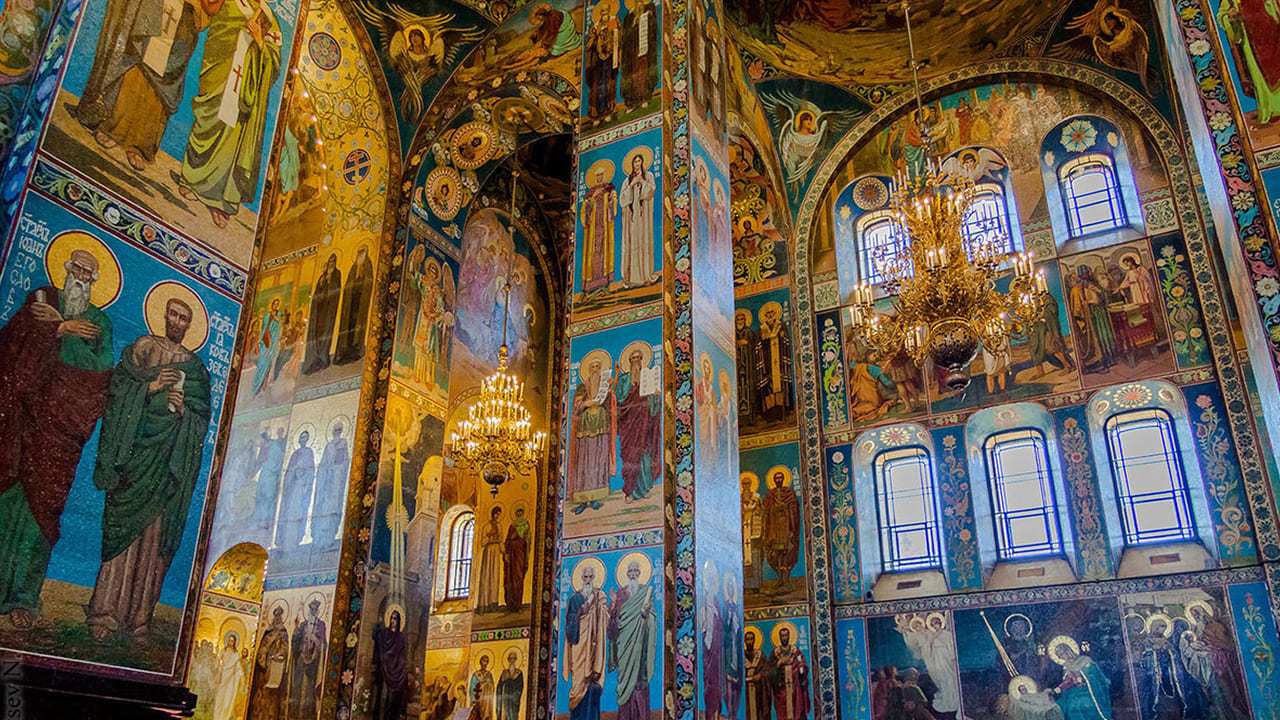 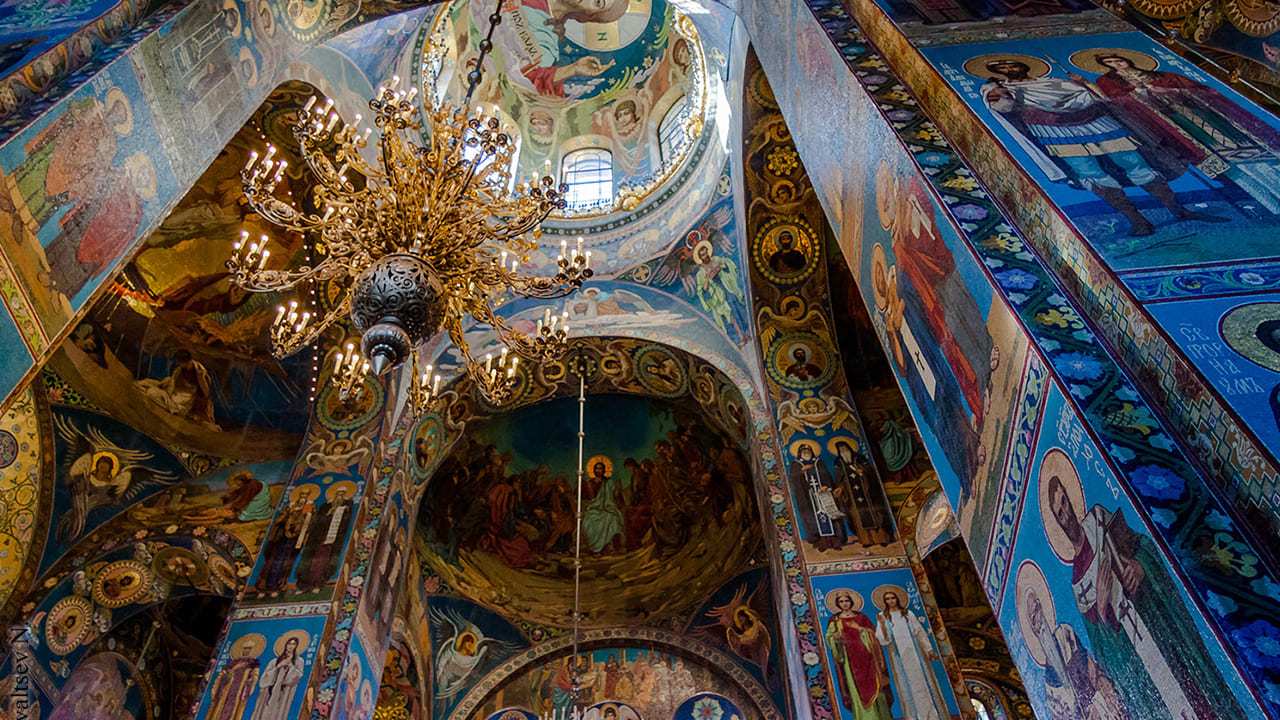 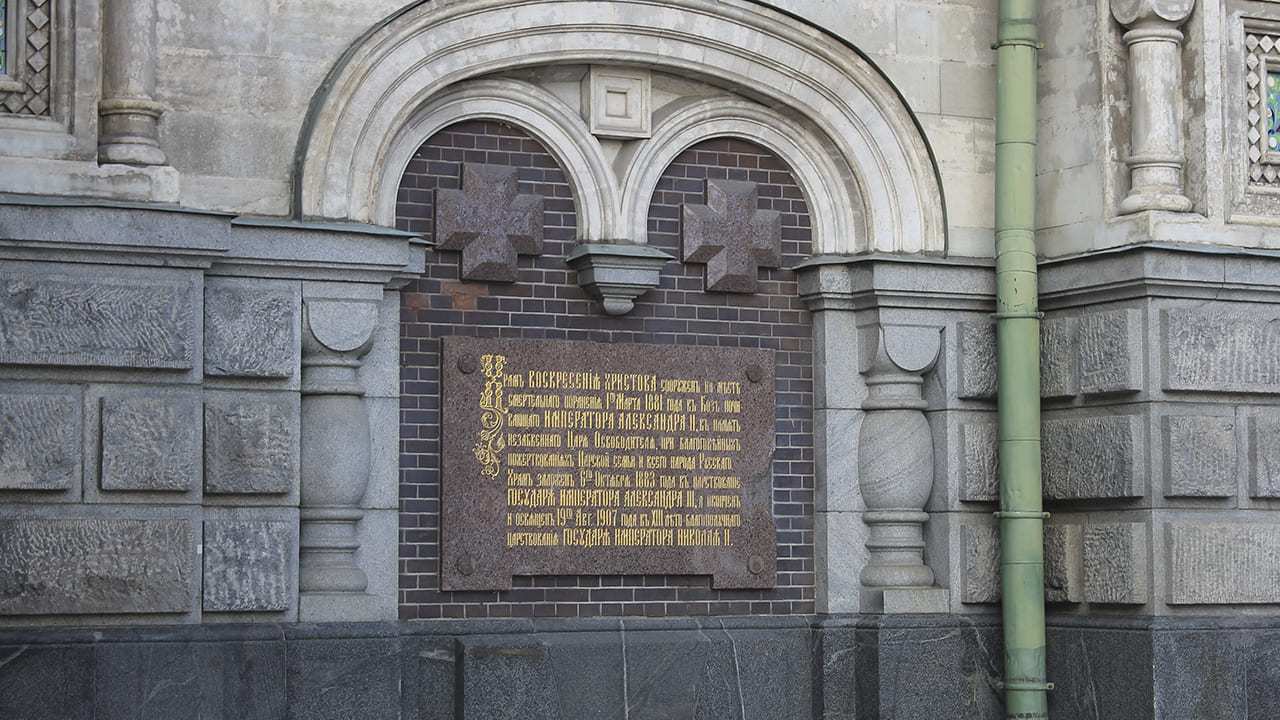 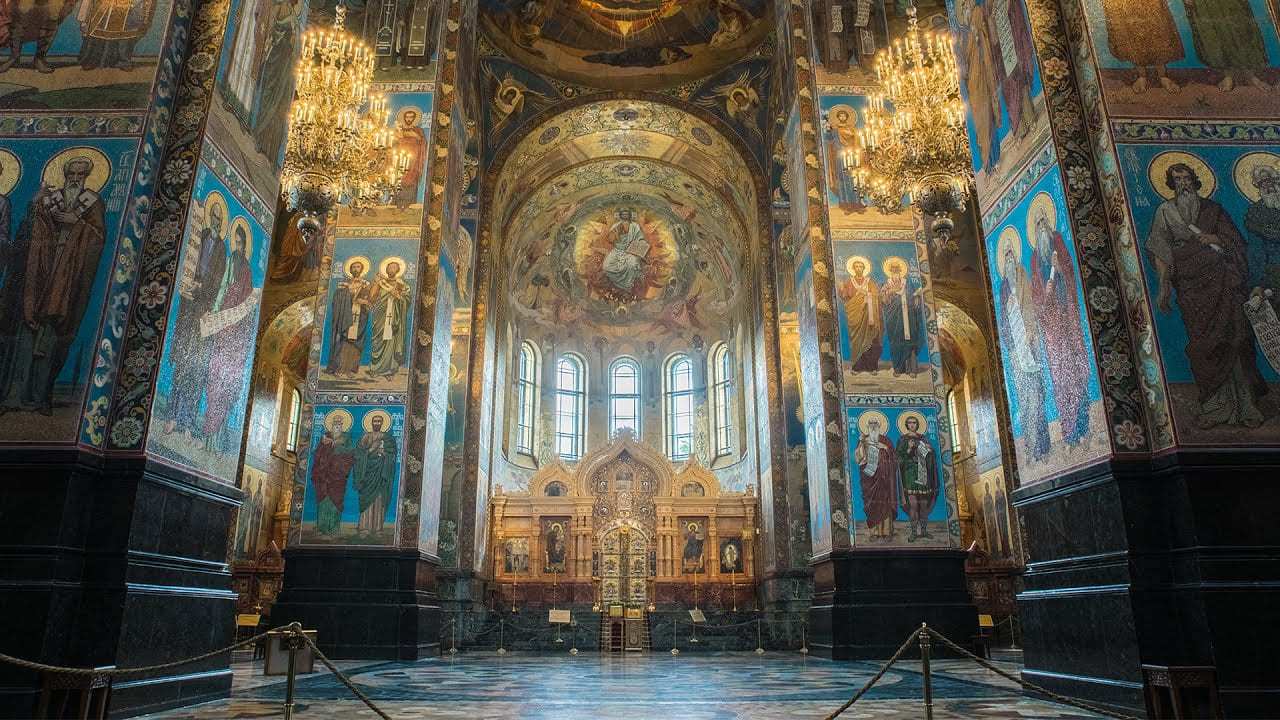 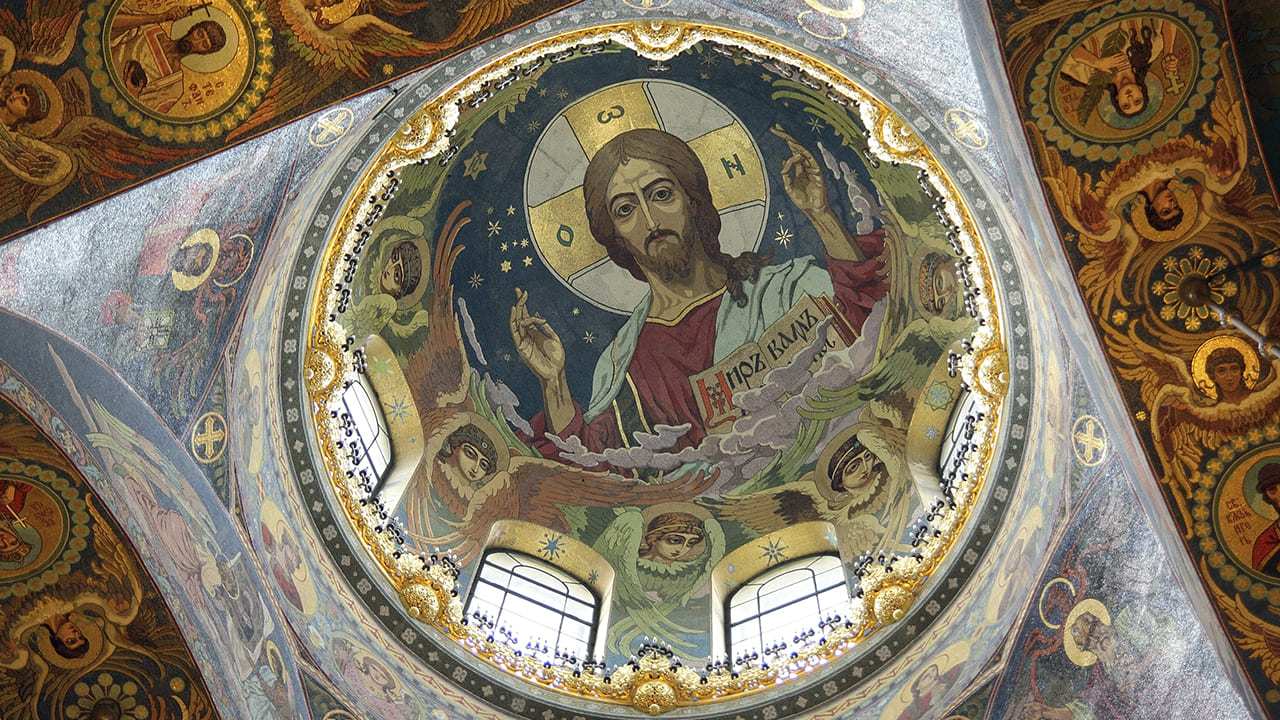 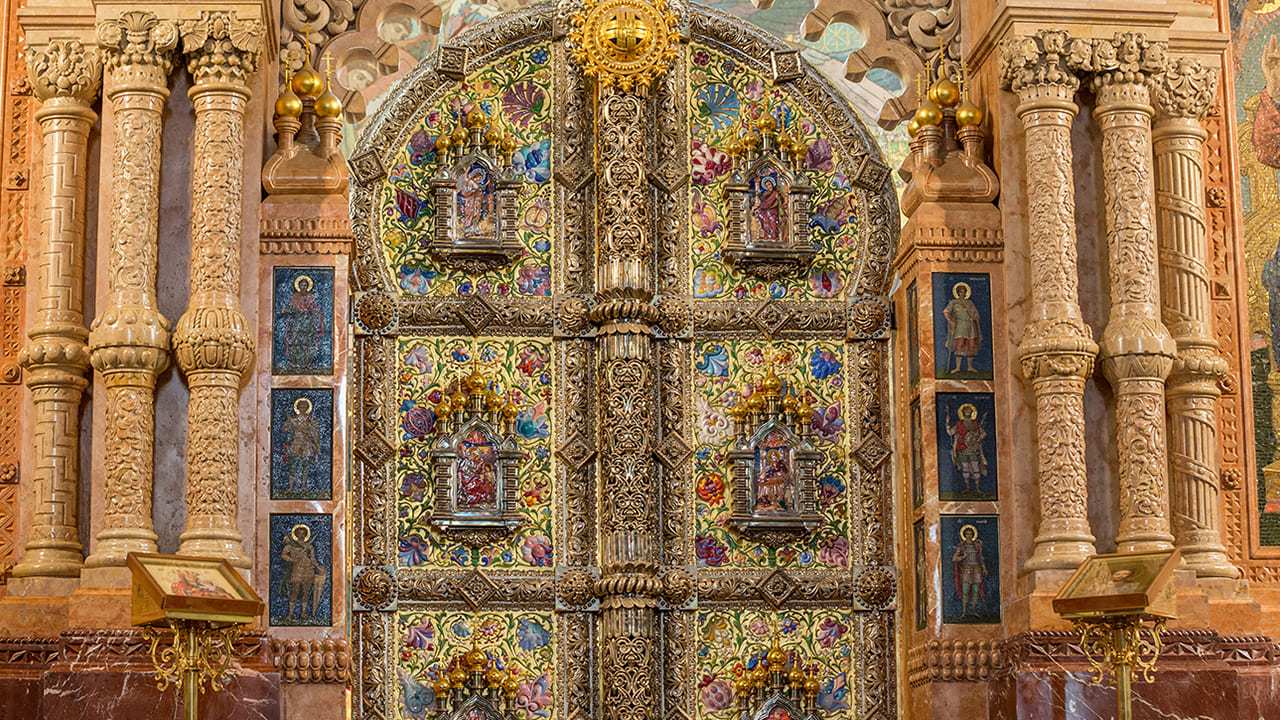 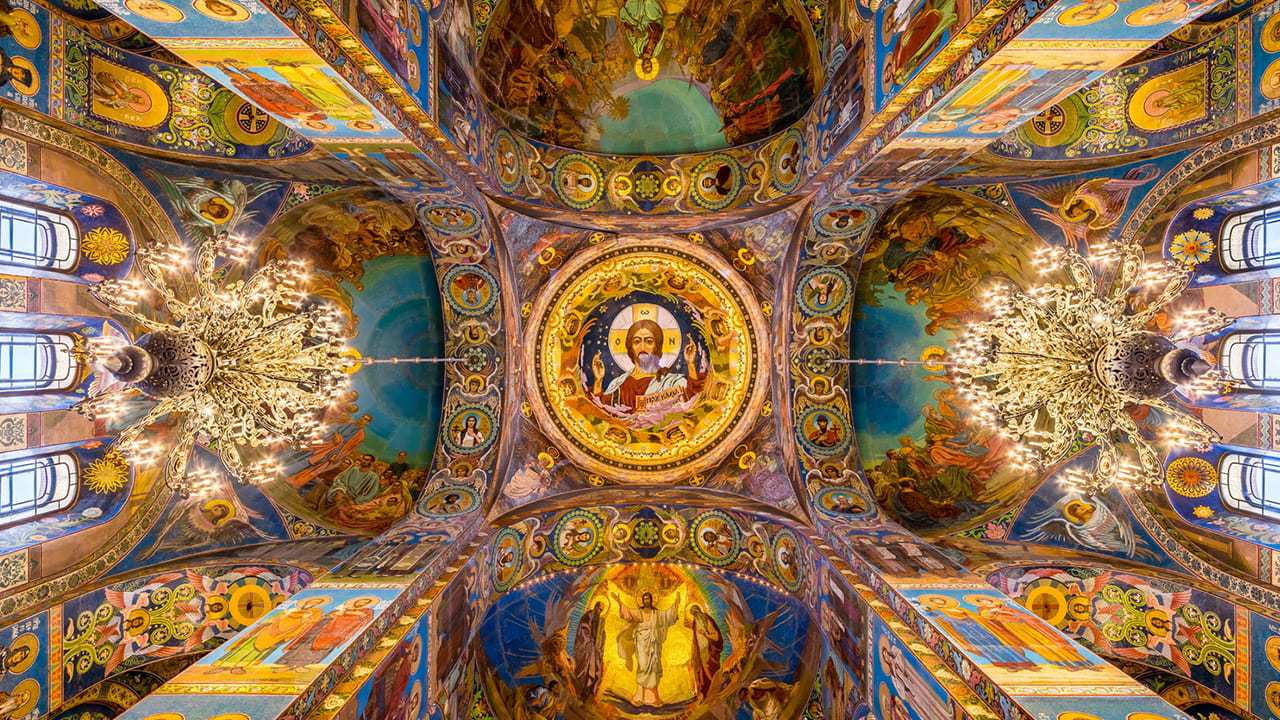 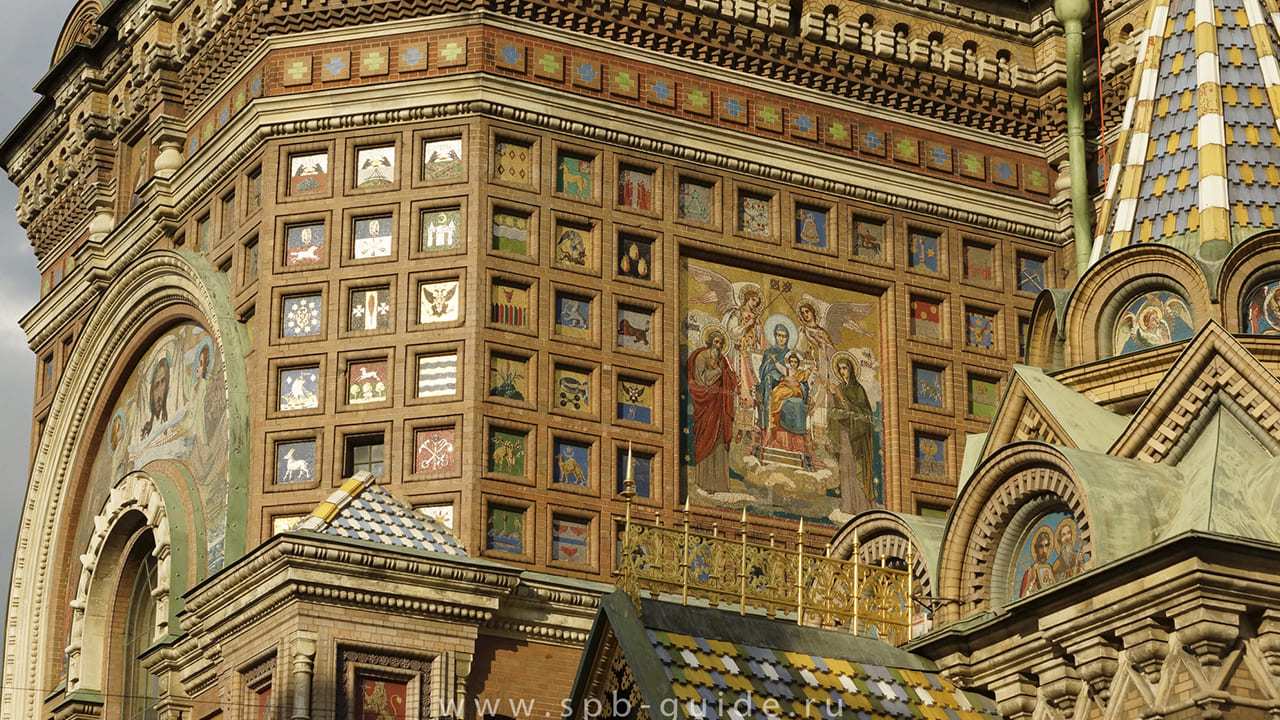 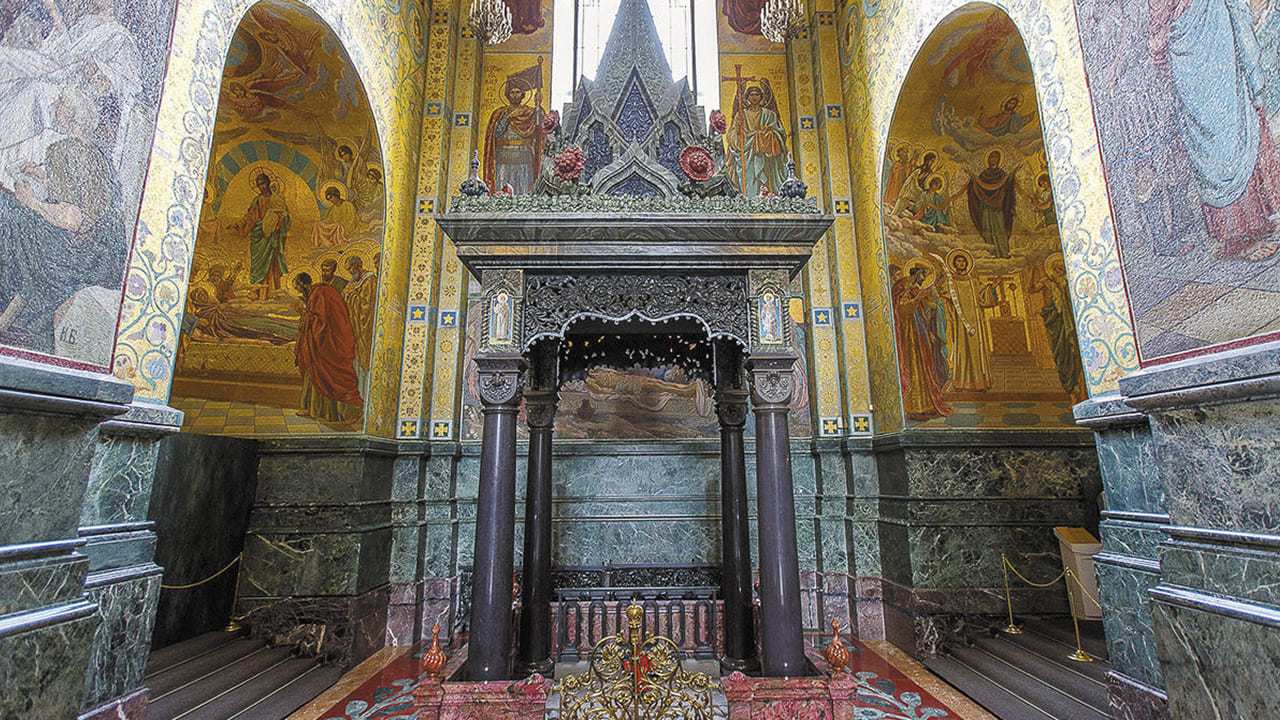 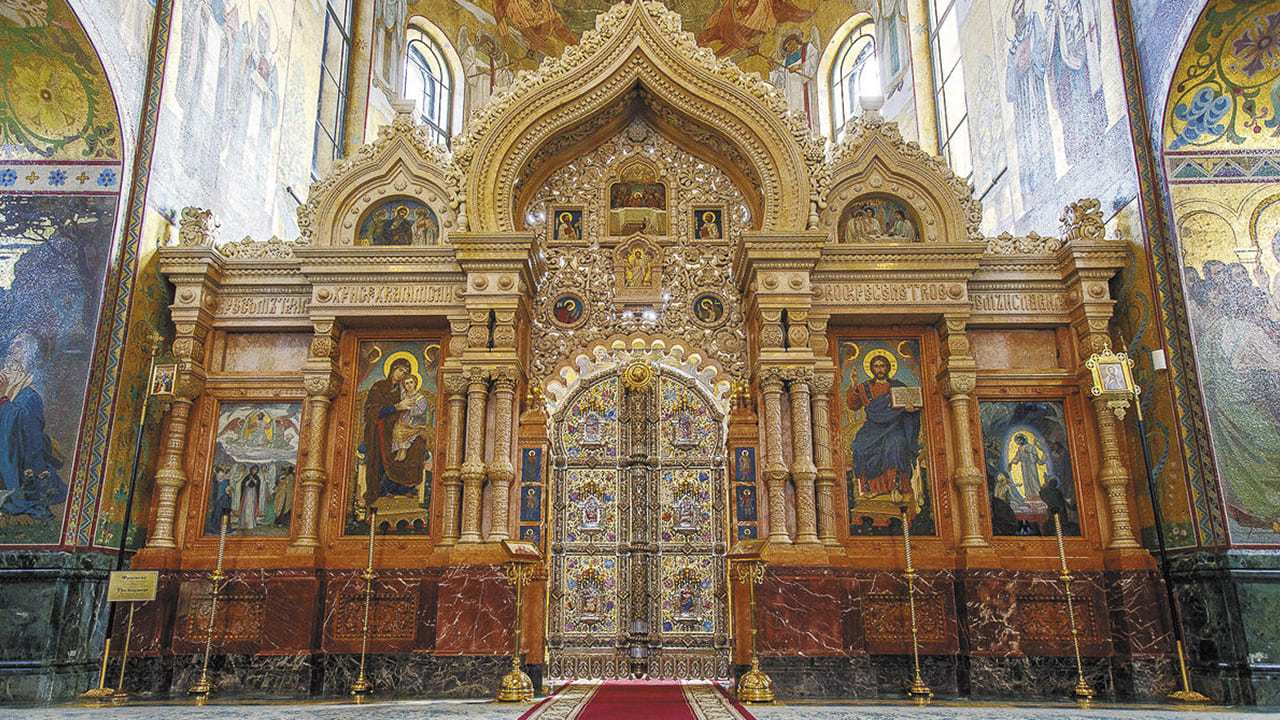 The Church of the Savior on Spilled Blood in Saint-Petersburg is known as the biggest monument of the mosaic art. It contains over 7500 square meters of mosaics. This record may be surpassed by the Cathedral Basilica of St. Louis, which houses 7700 square meters of mosaics. Of course the church’s construction ran well over budget, having been estimated at 3.6 million rubles but ending up costing over 4.6 million (in late 19th century 2 rubles cost a cow).The walls and ceilings inside the church are completely covered in intricately detailed mosaics: biblical scenes or figures, icons of Russian Orthodox Saints etc.

The Church of the Savior on Spilled Blood in Saint-Petersburg was erected on the place where political terrorists fatally wounded Russian Emperor Alexander II in March 1881.The construction of the church lasted for 24 years (between 1883 and 1907) and was funded by the Russian Imperial family. Inside the church you’ll see the memorial place to Russian Emperor Alexander II.
After the Russian Revolution the church wasn’t used on it’s purpose. What lead to badly damaging its interior. The Soviet government closed the church in 1932. During the Second World War when many people were starving due to the Siege of Leningrad by Nazi German military forces, the church was used as a temporary morgue for those who died in combat and from starvation and illness. The church suffered significant damage. After the war, it was used as a warehouse for vegetables, leading to the sardonic name of Saviour on Potatoes.
Everyday hundreds of people want to admire this piece of art. We will provide you pre-booked tickets and skip the line entrance and all you’ll have to do is to have fun.

Church of the Savior on the Spilled Blood